SIGNIFICANT savings of up to €200 million are being sought by Slovakia’s Health Ministry, and it is now rolling out legislation to achieve them. Prices for medicaments will be set at the second lowest price in the European Union, generic drugs will be widely prescribed, significant anti-corruption measures will be introduced, and a loyalty system will be set up in pharmacies: these are among the most important measures that the changes should bring, the ministry says. 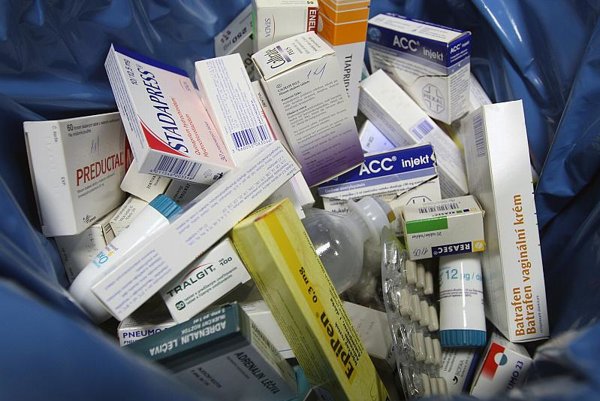 The prices of prescription drugs are at stake. (Source: SME)
Font size:A-|A+0

SIGNIFICANT savings of up to €200 million are being sought by Slovakia’s Health Ministry, and it is now rolling out legislation to achieve them. Prices for medicaments will be set at the second lowest price in the European Union, generic drugs will be widely prescribed, significant anti-corruption measures will be introduced, and a loyalty system will be set up in pharmacies: these are among the most important measures that the changes should bring, the ministry says.

The pharmaceutical industry has expressed serious concern not only over some of the changes but also about the process that the government of Iveta Radičová has used to develop them.

The Health Ministry expects that setting prices at the second lowest level in the European Union could save €75 million in the first year after the law’s adoption and that prescription of effective ingredients instead of brand-name drugs might save around €50 million for both the patients as well as health insurers.

The package of anti-corruption measures will ban pharmaceutical firms’ sales representatives from visiting doctors during office hours, while physicians will not be allowed to accept money or material gifts from them. Members of the drugs categorisation commission will have to openly declare any conflicts of interest, while all statements made by each member of the commission will be published, the Health Ministry wrote in a memo provided to The Slovak Spectator.

The ministry had originally wanted to introduce these changes by amending the law on extent of health-care cover from public health insurance, but the ministry, following a recommendation by the Legislative Council of the Government, finally submitted not a draft revision but a proposed new law, the SITA newswire reported.

Parliament is expected to discuss the new legislation at its June session.

“I believe that parliamentary deputies will not yield to lobbying by pharmaceutical companies – which has been immense, and not only on the ministry but also on Prime Minister Iveta Radičová – and that both laws will go through parliament,” Health Minister Ivan Uhliarik said.

The industry says that “despite its efforts for rational changes to the wording of the law” what they called important comments by pharmaceutical industry representatives have not been accepted.


The discourse sharpened after Radičová reported having received a letter written by seven ambassadors to Slovakia in which the diplomats expressed their concerns over the preparation of the legislation. Radičová described the letter as lobbying.

Objections of the industry

Representatives of the pharmaceutical industry said on June 9 that they are disturbed by the proceedings of the Health Ministry, the Legislative Council of the Government and the government itself.

“The Health Ministry circumvented the standard legislative process when shaping the new law [on extent and conditions of payments for medicaments, health aids and dietetic foodstuffs based on public health insurance]” read the statement released by the pharmaceutical companies.

The Association of Suppliers of Medicaments and Health Care Products (ADL), the Association of Generics Producers (GENAS) and the Slovak Association of Research-Based Pharmaceutical Companies (SAFS) said that the draft of the new law, which was submitted to cabinet, had not been subjected to proper review.

However, an essential part of the new draft law submitted to cabinet is different, both in terms of content and form, when compared to the earlier proposed revision to the law on the extent of health-care cover to which the associations attached their comments, the pharmaceutical firms argue.

The associations claim that proceeding in such a way disturbs the legal certainty of Slovakia’s citizens; they say they consider it “a violation of transparently communicated and discussed conditions and an avoidance of valid legislative rules”, according to their statement.

Monika Laššanová of GENAS told The Slovak Spectator that her association as well as other professional associations had not been invited [to participate in] the preparation phase of the law on medicaments and health care aids.

Ministry: They were involved

But the Ministry of Health disagrees that the pharmaceutical industry has not been sufficiently involved.

“We reject any statements about insufficient dialogue between the ministry and the pharmaceutical industry during the preparation of the legislation,” the ministry's spokeswoman, Katarína Zollerová, told The Slovak Spectator.

According to Zollerová, the ministry held several meetings with representatives of the pharmaceutical industry at which the ministry presented its position and invited industry representatives to submit their proposals. The Health Ministry obtained from all the professional bodies sufficient factual documentation on their opinions and Zollerová stressed that a significant part of these were included in the proposed laws.

Zollerová also said that both laws have been through the standard review process, during which relevant comments submitted by the pharmaceutical industry were considered.

As for the change in form from a revision to a new law, Zollerová said that considering the scale of the proposed changes, the Legislative Council recommended submitting the changes as a redrafted law.

“The content of the submitted law, which has been through the regular review procedure, has not changed,” Zollerová said. “Thus, the accusations of representatives of pharmaceutical companies are unjustified.”

However, Laššanová also objected that it is unclear from the draft law how generic substitution will be handled at pharmacies, since the physician will indicate on the prescription both the effective substance as well as the trade name.

“We worry that the patient will have to search for his or her medicament in different pharmacies,” Laššanová said.

According to her, the obligatory referencing of drugs to the second lowest price within the EU will certainly threaten the availability of some medicaments in pharmacies and might propel what she called “medicament tourism” by patients.

The pharmaceutical firms claim that if the prices of medicaments in Slovakia are set at the second cheapest level in the European Union, a large percentage of medicament supplies will be exported as a result.

The ministry has called the industry claims about a possible future lack of certain kind of medicaments a myth, with Uhliarik claiming that multinational concerns such as the pharmaceutical firms would never allow what he called the cannibalisation of the market in Europe and would supply to Slovakia only as many medicaments as are necessary and thereby prevent them from being bought up and then sold elsewhere, for example to Austria.

Uhliarik said that the pharmaceutical industry is using the media to manipulate patients with “untrue and deceptive myths” only to protect their business interests.

Radičová said she considers the letter from foreign ambassadors concerning the new law agreed by the government to be a continuation of the misleading lobbying by large pharmaceutical companies, according to an official statement by the Slovak Government Office.

The embassies involved refused to publish the letter, but in it they reiterated industry concerns that pharmaceutical companies’ comments had not been considered during the development of the legislation, the Sme daily reported.

“The most significant principle of both draft laws is the significant increase in transparency and accountability in Slovak health care,” Radičová said in her response to the ambassadors on June 13.

The aim of the reform is to reduce medication prices for patients and use the saved resources to improve the quality of health care provided to patients in Slovakia, the statement read, adding that if the reform passes, prices for drugs should drop to the second lowest level within the EU.

At the same time, the bills are designed to help curb the wasting of public resources and reduce the risks of corruption and conflicts of interests when regulating and prescribing drugs, according to Radičová.

“Without such changes, it is impossible to make health care more accessible,” said Radičová. “Too much money is getting lost within health care without bringing any benefits to patients, and the government will stop this waste.”