The memory of the global economic downturn is still keeping many businesses and investors in a cautious mode. But the positive economic growth registered in Slovakia throughout 2010 and the first five months of 2011 is fuelling a certain degree of optimism for the real estate market. Whether this optimism will be reflected in an upswing in major real estate deals and new projects will be tested in coming months. Though obtaining financing for construction projects remains tough, industry experts say that good projects can find funding when there is strong level of interest by future occupants or tenants. 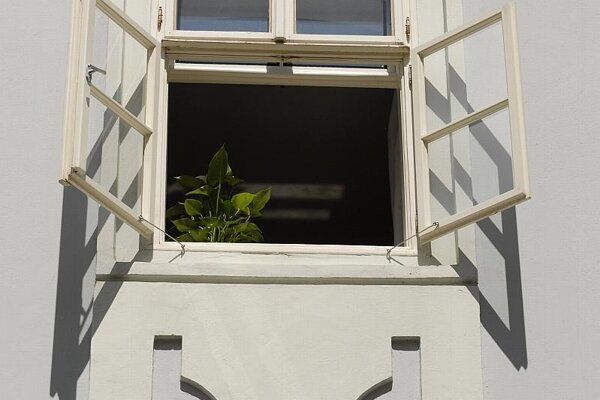 The memory of the global economic downturn is still keeping many businesses and investors in a cautious mode. But the positive economic growth registered in Slovakia throughout 2010 and the first five months of 2011 is fuelling a certain degree of optimism for the real estate market. Whether this optimism will be reflected in an upswing in major real estate deals and new projects will be tested in coming months. Though obtaining financing for construction projects remains tough, industry experts say that good projects can find funding when there is strong level of interest by future occupants or tenants.

The Slovak Spectator spoke with Andrew Thompson, Managing Partner of Cushman & Wakefield, Jörg Kreindl, Managing Director of CB Richard Ellis and Miroslav Barnáš, Country Manager of King Sturge, about the challenges in the real estate market in the recent past as well as about the factors that will have the most important influence on the market’s development in coming years.

The Slovak Spectator (TSS): Observers say they sense some more optimism in the Slovak real estate market. What is the source of the optimism and do you find it justified? Is the global downturn now over?
Andrew Thompson (AT): I would identify various sources for optimism and though not exhaustive, I include the following: positive economic growth – we all expect this will positively impact jobs and more jobs means more demand for real estate; and companies expanding their production as the euro still provides a positive differentiating factor for various economic sectors – for producers in particular. Consumer spending is expected to show growth in 2011 and for basic supply-demand fundamentals there is weak supply and current or expected stronger demand in some key sectors, mainly in offices and industrial buildings but also as well for big box retail warehouse users. In the area of investment, Hungary’s economic troubles are Slovakia's opportunity and we are already seeing a number of property investors considering Slovakia ahead of Hungary.

The impact of the downturn is still being felt. Yields are not as favourable as they were for sellers and this is linked to less money in the market – bank credit. Developers still need to secure pre-leases before beginning construction and this puts something of a brake on supply.
Jörg Kreindl (JK): Indeed, some markets in CEE have recovered now and we are also observing an increased appetite by investors, also for Slovakia. The country has strong economic fundamentals and that could overcome the fact that it is a small market – it should attract international investors.

Miroslav Barnáš (MB): The European economy is showing some discerning signs of recovery. The strength of this recovery has been led predominantly by the robust performance of countries such as Germany and France, along with the central European high-achievers of Poland, the Czech Republic and Slovakia. Prospects for central and eastern Europe, particularly those countries in the centre and north of this region such as Poland, the Czech Republic and Slovakia, are very favourable for 2011 and beyond. The Slovak economy demonstrated robust performance over the course of 2010.
Following a decrease of 4.9 percent in GDP in 2009, the economy bounced back into positive growth in 2010, with sustained quarters of growth in GDP. This trend is set to continue, with GDP forecasts between 3.5 percent and 4.2 percent for 2011-2015. All of this leads to a general optimism. Whether it is appropriate or not we will find out in the coming months.

TSS: What factors will most significantly impact the domestic real estate market for the rest of this year?
AT: The factors impacting supply developments in 2011 were mostly ones that were in place in 2010 as it takes over a year to build office and retail properties. 2011 is definitely more positive than 2010 and these developments will be felt more for the rest of the year.
JK: It will be interesting to see what impact the recovery of the global automotive industry and the economic boom in Germany will really have on the industrial sector in Slovakia. In theory, the industrial and logistics [real estate] markets should have picked up strongly by now but they are still languishing. The confidence doesn’t really seem to be back yet. In the office real estate market we see an increasing amount of vacant space in B-grade buildings. A lot will depend on how these buildings will be positioned and how occupants will react to these offers – this will determine the success and rental levels of the few new projects.

MB: Macroeconomic growth, positive foreign direct investments, decreasing vacancy rates, a limited supply, stagnating stock and an increasing take-up of properties are the fundamentals across all sectors – these are encouraging investors and developers to start thinking about planning and delivering new projects.

TSS: Which parts of the real estate market expect significant activity in 2011 and 2012 and which will mostly stagnate and which factors will mostly affect revival or stagnation?
AT: As I stated earlier, activity in office and industrial real estate will continue to expand. Retail needs to "catch up". There is clearly over-supply in some retail markets and also some current schemes that do not meet the requirements of modern retail.

MB: We will definitely see increasing activity in all real estate sectors. The end of 2011 and the beginning of 2012 will record positive movements in investment as well. It will be spurred mainly by accelerated investment activity in the CEE region in general, by the lack of a good institutional product in Warsaw and Prague, and by accelerated yield compression in the region. Of all the sectors, industrial and logistics real estate will see a slower awakening as it is driven by positive foreign direct investment rather than actual “non-existing stock”.

TSS: How have the attitudes of the key players in real estate changed over the past couple of years?
AT: Developers are much more cautious and so are the banks. Tenants are also more aware of their own importance in the schemes – this is particularly noticeable in retail where market players should be aware that over-negotiation can result in a lose-lose situation for everyone.

JK: Caution and procrastination are now the determining factors in attitudes….

MB: Attitudes have changed dramatically as investors and developers are no longer just examining the market’s offer or competition; the “wise ones” instead are spending time and money on properly studying and understanding demand. On the other hand, buyers and investors currently have far more projects to choose from; therefore their negotiating position is favourable.

TSS: Banks tightened their rules for lending to the business sector over the recent past and this had a serious impact on commercial real estate. Has the situation changed? How would you characterise the current situation?
AT: Banks are still being cautious though there are signs that there is some loosening of their restrictions. There are clearly opportunities in the market and banks, developers and investors need to be sensible and work on those opportunities. A couple of transactions would also help to provide comfort that there is liquidity. We have been involved in two investment transactions so far this year and there are others underway.

JK: I am not a fan of stating things in an overly complicated way and the story hasn’t really changed a lot in the last two years: good projects obtain financing as they tend to be a subject of strong interest by future occupants.

MB: You are correct but recently we have experienced that banks are willing to step back from the conditions and requirements they had strictly applied during the last couple of years. But there is still a prescribed requirement to have pre-sales and leases and involvement of one’s own equity. The banks’ margins have dropped as well.

TSS: The office market saw some revival in 2010. How do you assess this sector in Bratislava as well as outside the capital for the rest of this year?
AT: Outside Bratislava is tough. I still think that Slovakia and its individual cities and regions, local governments and even universities are not marketing themselves anywhere near as well as they should be. We are in a competitive world – competing to attract, retain and reward talent and investments. It all seems too passive here despite the fact that there are success stories. I personally think these successes are in spite of, rather than a result of, a coherent marketing strategy. I don't expect massive activity in the office sector in Slovakia’s regions in 2011. There are moves afoot in certain groups, however, to improve this approach and without question this is very exciting.

JK: The market is extremely small outside of Bratislava and it is only of interest when a strong occupant is attracted for a specific project. In Bratislava we will see one or two large consolidation projects in the next 24 months. We will see only very few new projects being started; this is positive for the market.

MB: The supply of vacant office space in 2010 equalled 56,300 square metres, which is approximately 4 percent of the total stock. Demand has exceeded supply for the first time since 2007. Take-up in 2010 reached 154,000 square metres, which was growth of 142 percent on a year-on-year basis. The average take-up space in a pre-let scheme is about 500 square metres. The revival was mainly driven by favourable conditions in the tenant market. Landlords were very generous in their terms and the incentives they offered to tenants.