Key developments in the real estate and construction sector

May 2010 A ten-kilometre section of the D1 highway from Sverepec to Vrtižer opens on May 30, including the elevated road over the town of Považská Bystrica, bypassing a regular bottleneck on the old road. 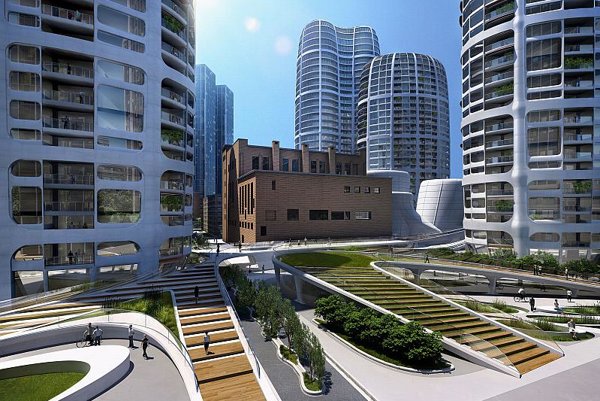 May 2010
A ten-kilometre section of the D1 highway from Sverepec to Vrtižer opens on May 30, including the elevated road over the town of Považská Bystrica, bypassing a regular bottleneck on the old road.

Cassovar Business Centre I, part of a mixed-use commercial and residential development built on the premises of a former brewery in Košice, opens.

June 2010
A new terminal at Bratislava's M. R. Štefánik Airport officially opens on June 9 with a total construction cost of around €96 million for the new passenger terminal and reconstruction of existing facilities.

August 2010
Transport Minister Ján Figeľ (KDH) gives the nod to a contract between the National Highway Company (NDS) and a Bratislava-based firm, Skanska SK, for construction of a 14-kilometre section of the R4 dual carriageway between Košice and Milhošť, near the border with Hungary.

Dachser Slovakia lays the foundation stone for a logistics centre in the Lozorno industrial park, near Bratislava. In the first two phases, the company will build four halls with a total area of 23,534 square metres. Total investment costs are €30 million.

September 2010
Zaha Hadid Architects, a British architectural firm, wins an international competition to design the Čulenova project in Bratislava for Penta Investments, a private equity group. The winning design of the mixed-used project includes high-rise buildings and reconstruction of a historical industrial building.

Transport Minister Ján Figeľ decides not to extend the deadline for financial closure of the so-called first public-private partnership (PPP) package developed by the previous government to build a 75-kilometre section of highway between Martin and Prešov and ended the planned construction that was to be undertaken by a consortium of Slovak construction giants, Doprastav and Váhostav-SK.

October 2010
Winners of Slovak architecture prizes known under the acronym CE.ZA.AR. are announced in Bratislava on October 30 from among 98 works competing in six categories. The winners include: City Park Club in Košice by Štefan Pacák, Juraj Koban and Jana Koreňová; a family house in Prešov-Šalgovik by Ján Mihalov; ETIS Slovakia (an administrative-manufacturing building) by Andrej Alexy; reconstruction of a loft of Považská galéria umenia by Dušan Voštenák; reconstruction of an old theatre by Viktor Šabík and Tatiana Kopková; and the public premises of the Eurovea complex by Branislav Kaliský, Marek Varga, Miroslav Vrábel, Ján Kodoň, and Michel Desvigne.

The first phase of the Slnečnice (Sun Flowers) Southern City project starts in Bratislava and will include residential, relaxation and business areas. Sun Flowers is to have 70 terraced homes built on five hectares and 192 apartments, at a total investment ccost of €33 million.

Construction of the Immopark logistics project is launched in Košice for light industry and logistics with an investment of €180 million.

November 2010
Construction of the D1 Outlet officially starts on the premises of a logistics park adjacent to the D1 highway between Senec and Pezinok, with the first phase to include 50 brand name shops on about 8,500 square metres. When completed, over three phases, the outlet centre will cover 25,000 square metres.

The Immocap Group, builder of the Centrál project near Trnavské Mýto in Bratislava, concludes a financing contract of €110 million. The office part of the project is to open as early as the end of 2011.

December 2010
Though interest in residential real estate stages somewhat of a revival in Slovakia throughout 2010, 70,000 apartments remain under construction awaiting completion and future buyers across the country – the highest number in the past 15 years.

An Austrian company, CA Immo, launches construction of the next stage of an administrative complex in Bratislava called BBC1 Plus. When finished, it will add about 15,900 square metres of office space along with 313 parking places.

The Slovak Architects Society presents its annual awards for 2010. Its international jury decides not to grant its most prominent award, the Dušan Jurkovič Award. Instead it selects four nominations without ranking them: the Memorial to Holocaust Victims designed by Anna Pernecká, Ján Pernecký and Bohuslav Pernecký; the multi-functional house VELES by Norbert Šmondrk; the IN VINO winery by Kalin Cakov, Emil Makara, Ján Obušek, Metodiy Monev and Miloš Djuračka; and the INNER City Residence by Roman Halmi, Peter Jurkovič, Lukáš Kordík and Števo Polakovič.

Around 235,000 square metres of new retail space is added to the market in 2010, pushing the total available retail area in Slovakia to about 1.35 million square metres, according to the King Sturge real estate company. Prime rents in Bratislava are in a range of €30-€45 /m2/month while the range in regional cities is from €15-€25/m2/month. New shopping centres include projects like Eurovea in Bratislava and the Aupark and Mirage shopping centres in Žilina as well as Aupark in Piešťany and Korzo in Prievidza.

The CB Richard Ellis real estate consultancy reports in its MarketView Bratislava that approximately 131,600 square metres of modern office space is vacant in Bratislava at the end of the year, a vacancy rate of 9.6 percent.

Bratislava Research Forum reports that the supply of administrative space in the city is 1.367 million square metres in the fourth quarter of 2010 with more than 60 percent of the space being A-standard and the rest at B-standard. About 154,000 square metres of space was added in the year. As much as 48 percent of all administrative space was occupied by finance and IT sector companies.

In the fourth quarter of 2010, residential real estate prices fall by 2.1 percent year-on-year and by 2.6 percent from the previous quarter.

Year-end 2010
Only Banská Bystrica and Nitra regions see any revival in their construction sectors with production growing by 8.3 and 0.9 percent year-on-year, respectively. In the other six Slovak regions, construction production worsened, according to Slovakia’s Statistics Office. On average across the country, construction activity declined by 4.6 percent year-on-year, to €5.5 billion with the steepest decline occurring in Trenčín Region by 16.6 percent.

February 2011
Construction output records a decline of 7.9 percent year-on-year with a volume of €268.5 million in February and a 3.8 percent drop from January. Analyst Dávid Dereník says that output was slightly below the level of 2005 and predicts that the construction sector will bottom out in 2011 and start growing again in 2012.

On March 9 a small illegal building constructed in the town of Malacky is demolished under orders from Slovakia’s Construction Office, one of very few buildings that have been actually demolished for being illegally constructed.

The Goodman Group begins building a production and warehouse complex in an industrial zone near the Košice airport, with more than 21,000 square metres of space at a cost of €16 million.

No new industrial real estate projects are completed in the first quarter of 2011 according to Cushman & Wakefield consultancy while vacant space of 22,000 square metres was filled. The vacancy rate dropped to 3.7 percent, a historical low in Slovakia.

April 2011
To address a protracted issue of regulated rents in apartment buildings that were returned to pre-communist era owners, the Slovak government approves proposed legislation that could begin on September 1, 2011 if approved by parliament. Tenants in these apartment buildings, who currently pay regulated levels of rent, would be required to vacate the apartments by late 2017 and owners could then rent the apartments at a market price or use them as they wish. Tenants will be able to apply for a substitute apartment with regulated rent within a set time.

May 2011
The Avion shopping centre in Bratislava starts its fourth phase expansion at a cost of approximately €120 million, bringing several new shops covering an area of 6,000 square metres, with a planned opening date of autumn 2012.