Slovaks should be able to find more brand clothing at better prices this year as the concept of factory outlet stores is coming to Slovakia and the first outlet mall with discounted prices is projected to open in autumn 2011. Slovakia is the only country of the Visegrad Group without an outlet shopping centre at this time but it should have two outlet centres along the western part of the D1 highway by 2012. 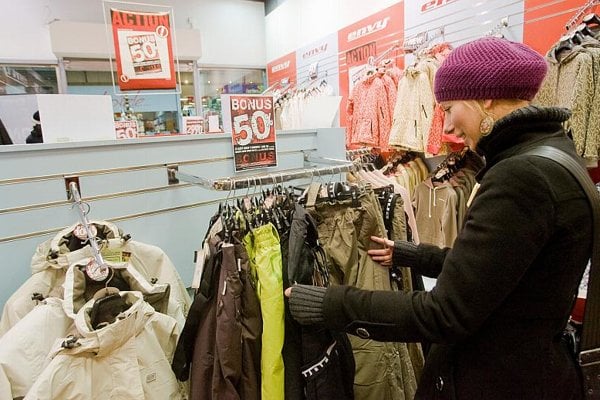 Slovaks should be able to find more brand clothing at better prices this year as the concept of factory outlet stores is coming to Slovakia and the first outlet mall with discounted prices is projected to open in autumn 2011. Slovakia is the only country of the Visegrad Group without an outlet shopping centre at this time but it should have two outlet centres along the western part of the D1 highway by 2012.

Earlier this year plans to build two factory outlet centres – retail shopping facilities where discounted brand name goods are sold – were announced: One Fashion Outlet, developed by Realiz in Voderady, near Trnava; and the D1 Outlet developed by IPEC Group, near Senec.

Construction of the D1 Outlet was launched in November 2010 and it is expected to open its doors for bargain hunters in the autumn of 2011. The outlet will be located 20 kilometres east of Bratislava near the Senec exit off the D1 highway and just 22 kilometres from the One Fashion Outlet that is being built in Voderady.

The developer of the D1 Outlet says that the catchment area, the area and population from which the outlet will attract customers, will contain 4.3 million people living in four countries (Slovakia, the Czech Republic, Austria, and Hungary) within a 90 minutes’ drive. The investor, IPEC Group, plans to invest €35 million in the project, which will include 25,000 square metres of retail premises when fully completed.

One Fashion Outlet in Voderady was projected to open by the end of 2011 as well but the opening date has been postponed to spring 2012.

The idea for One Fashion Outlet was born in 2008 and crystallised into a plan by the One Fashion Outlet company to build a brand outlet centre in Voderady, about 13km from Trnava and 48km from Bratislava. The developer of the €75-million investment is Realiz company.

The catchment area is similar to that of D1 Outlet, with 1.32 million people living within a 60-minute drive, including those from Bratislava, and 4.82 million people within 90 minutes’ drive, the project’s website states.

Experts describe the plans as “courageous” given that a well-established outlet centre exists in the Austrian village of Parndorf, near Bratislava. In fact, many Slovaks are accustomed to shopping for bargain brands at the Parndorf Outlet Centre, located between Bratislava and the Vienna airport.

“Austria’s Parndorf [centre] has been here for over 10 years and has already shown Slovak customers what outlet shopping means,” Vladimír Kozár, project manager of One Fashion Outlet, said in an earlier interview with The Slovak Spectator. “It is high time that we Slovaks also had our own outlet centre so that we do not need to travel constantly to Austria. But Bratislava is not the whole of Slovakia and other regions also deserve such services.”

The main advantage of the D1 Outlet according to Ľudovít Tóth, the media representative for the project, is its easy accessibility not only from Bratislava but also from Senec, Pezinok, Modra and Trnava and their nearby surroundings. Tóth also noted that an estimated 2,500 people currently work in areas directly adjacent to the site of the outlet.

“We are not building on a green field but in a dynamically-developing area with lively construction and a working movement,” Tóth told The Slovak Spectator.

The project is not expected to attract people only from the nearby neighbourhoods of the centre but also people from regions farther away, as well as from beyond the borders of Slovakia, because the D1 highway is a national and international corridor with significance exceeding the region.

Iestyn Roberts, the executive director of Freeport, a company that is cooperating in development of the One Fashion Outlet, mentioned that the advantage of the outlet centre in Voderady – in
comparison to Austria’s Parndorf – is that shops in the Austrian outlet centre are closed 70 days in a year and that One Fashion Outlet is expected to be open on all of days.

Lower prices are the attraction

“An outlet centre constructed in the style of a shopping village is an ideal place for a full-day hunt for branded items at lowered prices,” Tóth said, adding that the fact that an outlet centre is located more remotely from cities is not a particular disadvantage because customers will plan their visits as day-long trips.

The main attraction of an outlet centre is brand-name products at prices that are often less than half of the same items in regular stores. Developers of the two Slovak outlet centres promise prices up to 70 percent less than other retail stores.

Roberts said that the drop in retail sales in central Europe due to the economic crisis is not a problem.

“We look at the economics from a long-term viewpoint and that shows that we, as well as retail sales, will grow,” Roberts said in an interview with the Hospodárske Noviny daily. “The sales will grow because there are enough young people in countries like Slovakia who want to shop in an outlet centre.”

Roberts added that the Slovak market is growing more and more sophisticated and customers are demanding better quality products every year.