The standstill in construction of new warehouse and logistics space in Slovakia in 2009 due to the economic crisis extended later into 2010 and the visible market trend was for logistics and warehouse operators and developers to focus on renting their available space in existing facilities and to construct new facilities only for specific clients on a build-to-suit basis. But industry experts now say that Slovakia’s low vacancy rate in logistics parks and the expected inflow of new foreign investment may spur the construction of new warehousing space for logistics and manufacturing companies. 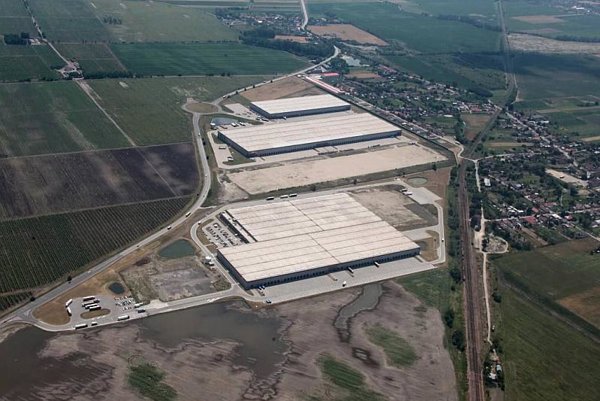 Vacancy rates in Slovakia seem to have bottomed out. (Source: Courtesy of ProLogis)
Font size:A-|A+0

The standstill in construction of new warehouse and logistics space in Slovakia in 2009 due to the economic crisis extended later into 2010 and the visible market trend was for logistics and warehouse operators and developers to focus on renting their available space in existing facilities and to construct new facilities only for specific clients on a build-to-suit basis. But industry experts now say that Slovakia’s low vacancy rate in logistics parks and the expected inflow of new foreign investment may spur the construction of new warehousing space for logistics and manufacturing companies.

“Construction was halted especially because of lower interest by end-users and more difficult financing,” Peter Jánoši, the head of the industrial department at CB Richard Ellis (CBRE), a global provider of corporate and institutional services in the real estate industry, told The Slovak Spectator. “Only projects which had already started were completed. This has led to historically-low vacancy rates. Compared with neighbouring countries in which the boom in the segment of industrial and logistics real estate arrived a bit later than in Slovakia, for example in the Czech Republic and Poland, Slovakia has not ended in such a bad situation in terms of existing projects being vacant.”

Martin Baláž, from the department of industrial and retail warehousing at Cushman & Wakefield Property Services Slovakia told The Slovak Spectator that during the last quarter of 2010 the vacancy rate at modern logistics parks in Slovakia was about 5 percent. Over the last few months additional space was rented and Baláž estimated the vacancy rate was at 3.7 percent for the first quarter of 2011.

Martin Polák, a market officer for the Czech Republic and Slovakia for ProLogis, which is the logistics market leader in Slovakia, said that the overall demand for logistics and warehouse facilities was healthy in Slovakia in 2010 but added that the lack of available space resulted in less overall leasing activity last year than in 2009.

“Developers avoided speculative developments, choosing to focus on leasing their existing portfolios and looking for build-to-suit opportunities,” Polák told The Slovak Spectator, adding that for that reason rental levels remained stable. “The market in Slovakia is closer to the Czech market than the Hungarian market due mainly to Slovakia’s economy being stronger than its southern neighbour's. Demand decreased due to the lack of existing options and poor availability; on the other hand, both the Prague and Ostrava markets can offer immediate space. Therefore, for regional international distribution, companies are looking more for options in the Czech Republic than in Slovakia.”

Logistics in central Europe in 2010

“There are several causes for the strong demand for industrial property leases in 2010,” Ferdinand Hlobil, head of the Central Europe industrial team at Cushman & Wakefield, wrote in the company’s press release. “As the German economy recovers, demand for goods is growing and companies need warehousing and production space. So far, users have preferred to lease space over their own construction. An important role is also played by the extension of expiring leases from the period of boom.”

The average vacancy rate in the central European region decreased to 13.75 percent by the end of 2010, thanks to the decline in new construction and the high growth in demand, according to Hlobil.
In a balanced market, the vacancy rate is usually around 10 percent, according to Hlobil, and a drop below 10 percent indicates that supply is not sufficient. The Slovak market is currently in this situation and this may hinder entry of new companies into the Slovak economy, according to Cushman & Wakefield.

No new facilities completed in Q1

Even though new construction of a leased industrial facility began in Košice Region and another new built-to-suite project was planned in Žilina Region in the first quarter of 2011, there were no new finished buildings or new industrial property for lease recorded during that entire quarter in Slovakia. The vacancy rate in Slovakia in the January-March period dropped to a level of about 3.7 percent and this is historically the lowest vacancy rate recorded in the country, Cushman & Wakefield Property Services Slovakia wrote in its quarterly report and this has been caused by the fact that leasing of existing space is no longer stagnating and no new space is coming on the market.

“Now we are moving our focus to securing pre-let and build-to-suit opportunities in Slovakia to monetise our 48 hectare land bank available for immediate development,” Polák wrote in his company’s press release.

Since the vacancy rate has been rapidly decreasing and construction of speculative modern industrial space has continued to be level, Cushman & Wakefield expects more built-to-suit projects to develop.

“There have still been vacant, speculative development halls left on the market since 2007-2009; however, with a decreasing vacancy rate, we can expect that preleases can be signed by tenants and developers and this fact might partly start speculative construction where developers build larger spaces than the ones with already contracted tenants,” Cushman & Wakefield wrote in its press release.

Baláž expects that some built-to-suit developments will be finished by the end of the second quarter and some additional projects might start by the ends of the second and third quarters.
“Since no speculative construction has started in the first quarter of 2011, we expect that the existing vacant space will be leased in the upcoming months and the vacancy rate will go down further,” Baláž wrote.

The inflow of foreign investments has an effect on occupancy rates and the construction of new warehousing and industrial space.

“This trend is visible, for example along the D1 highway around Trnava and Galanta where the arrival of investors like PSA Peugeot Citroën and Samsung initiated the building of modern logistics centres,” said Baláž.

Jánoši agreed, adding that new major foreign investments were accompanied by the arrival of many subcontractors which drew in logistics companies to handle those companies’ outsourcing.

“Those companies often need to be located as close as possible to these prominent investors,” said Jánoši, adding that in the past such important investments centred especially in western Slovakia with its dominant automobile industry (Volkswagen Slovakia in Bratislava, Kia Motors Slovakia near Žilina and PSA Peugeot Citroën in Trnava) as well as major electro-technical companies (Foxconn, Samsung and AU Optronics). Jánoši said this was because of the better road infrastructure in western Slovakia, such as the D1 highway joining Bratislava and Žilina and the D2 highway between Bratislava and Brno.

Jánoši said Slovakia is of interest to logistics companies because of its geographical position and its developing road infrastructure, but added that the country has not yet tapped its full potential.

“Slovakia, compared with neighbouring countries, is a small market and logistics companies often prefer centralising their logistics operations in bigger economies, for example in the Czech Republic and Poland,” said Jánoši. “In most cases it is possible to serve the Slovak market from these countries without any big problems. We see further prospects in the development of road infrastructure but also of railway infrastructure – which would help Slovakia become part of important European rail corridors.”

Baláž expects more development in other regions of the country, especially eastern Slovakia, which will complement the better-developed logistics centres in western Slovakia.

“Some development companies have already announced their intention to build logistics premises in eastern Slovakia,” Baláž said. “It will be important to get tenants for a sufficiently large amount of space so that construction can start.”

CBRE has registered interest among end-users, logistics firms, as well as developers in building warehouses and industrial premises in less-developed parts of Slovakia, Jánoši said. These include industrial regions of northern Slovakia, for example Žilina and Martin and their vicinity, as well as eastern Slovakia, especially in the areas around Prešov and Košice. He noted that the recent activities of PointPark Properties and its newly-built logistics parks in Košice and Žilina are good examples of this trend.

“But we do not expect concentration of parks [in the east or north] to such an extent as in western Slovakia in the past,” Jánoši commented. “We assume that these will be rather stand-alone, build-to-suit projects.”

The activities of PointPark Properties (P3), an international operator and developer of logistics parks in Europe, confirm these trends. In mid May the SITA newswire wrote that P3 had launched construction of a new production hall as a build-to-own project in Trnava for a US-based company, Audia Plastics, and its affiliates Washington Penn and Uniform Color Company. Handover to the company is scheduled for September 2011, six months after the start of construction. The total investment is nearly €8.5 million.

Peter Bečár, managing director of PointPark Properties for the Czech Republic and Slovakia said that Audia Plastics decided to locate the project in Trnava region because of its suitable business climate, location from the point of view of logistics, proximity to clients and the labour force.
Together with logistics parks in Lozorno, Košice and Žilina, the Trnava-Voderady centre has now become the fourth location within Slovakia where P3 conducts its business activities.

“Our aim is to utilise the potential of 25 hectares adjacent to the Washington Penn plant in Voderady for our next build-to-suit or build-to-own projects in the future,” said Bečár as quoted by SITA.