The challenge of wastes

ILLEGAL waste dumps, waste collection methods, better separation of wastes and following through with recycling and recovery: all these issues are to be addressed in a new law on waste management which the Ministry of Environment is preparing with the help of municipalities, businesses and the general public. Environment Minister József Nagy wants to present the text of a new law this autumn and have it adopted by parliament by the end of the year. 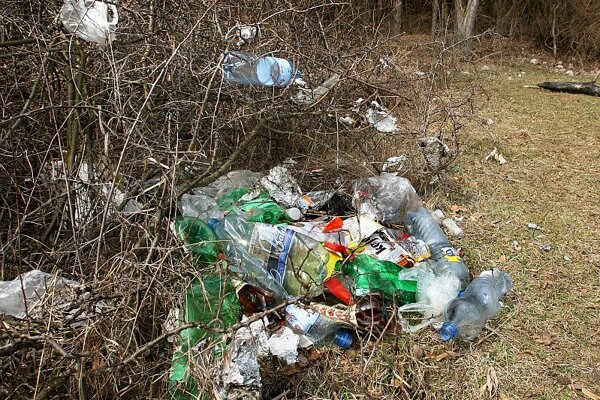 ILLEGAL waste dumps, waste collection methods, better separation of wastes and following through with recycling and recovery: all these issues are to be addressed in a new law on waste management which the Ministry of Environment is preparing with the help of municipalities, businesses and the general public. Environment Minister József Nagy wants to present the text of a new law this autumn and have it adopted by parliament by the end of the year.

The goal of the Ministry of Environment is to increase the amount of solid waste that is separated and recycled and reduce the amount that goes to landfills. It would also like to adopt the principle of the European Union that incineration of waste will increase to the same level as recycling.

“This is very economical and today’s technological possibilities no longer endanger the environment,” said Nagy, as quoted by the SITA newswire in early June.

According to Peter Krasnec, president of the Association of Businesses in Waste Management (APOH), preparation of a totally new law on waste issues stems from the need to implement EU legislation as well as from too many changes made to the existing law that dates back to 2001. He stated that the current law is no longer transparent enough and does not reflect the latest trends in waste management.

“We praise the way the Ministry of Environment is approaching preparation of this demanding legislation and we firmly hope that this law will be modern and make a contribution for overall waste management in Slovakia,” said Krasnec.

The Association of Towns and Villages of Slovakia (ZMOS) agrees that Slovakia needs a new law reflecting more modern trends in protection of the environment and hopes that the law will focus on what it considers priority fields such as waste management.

“ZMOS is dealing intensively with comprehensive waste management and waste recovery,” Michal Kaliňák, ZMOS spokesperson told The Slovak Spectator. “The main problems we see are a lack of money as well as technical criteria.”

The new legislation is also expected to address the serious problem of illegal waste dumps which the Ministry of Environment estimates at 6,000, containing various kinds of wastes amounting to about 150,000 tonnes.

Ján Ščerbák, the director of the waste management department at the ministry, told The Slovak Spectator that the legislation would bring fundamental changes in the hierarchy of waste management and would begin a new programme to reduce creation of wastes, adding that it would also rework the current rules on packaging and better define the extended responsibility of producers for certain products. Ščerbák added that the law would increase waste disposal charges at landfills to the level of neighbouring countries and change sanctions for violation of the law.

The Ministry of Environment and ZMOS both commented that the current situation in separating wastes for reprocessing or recycling is not ideal.

“We have to say that the economy of collecting and separating wastes from towns and cities is not balanced,” said Kaliňák of ZMOS. “Costs exceed revenues and that results in some negative impacts.”

Kaliňák added that collection of separated wastes is currently an economic burden on municipalities, stating that available statistics show that only 20 percent of total waste is separated in Slovakia and that a significant portion ends in landfills. ZMOS’s calculations indicate that the cost of collecting separated wastes is 4-5 times more expensive than handling mixed municipal waste. He also noted that responsibility for textile waste, construction waste and old furniture has not been resolved.

Ščerbák said he believes the current motivation for Slovak citizens to separate wastes is negligible because the price for collection of municipal waste also includes the cost for separating it.

“In the bill under preparation, the responsibility for securing collection and handling of separated waste is being transferred to producers,” Ščerbák told The Slovak Spectator. “The charge for depositing mixed municipal waste at landfills will be increased, through which a higher degree of separation of individual ingredients from municipal waste by citizens will be reached. Towns and villages will be responsible only for mixed municipal waste. This change should motivate people to separate a higher degree of wastes and municipalities to more extensively educate their citizens about doing so.”

Ščerbák believes more extensive separation of wastes and sending more of it for recycling or recovery, rather than dumping it in landfills, will save people money in the end.

The scope of recycling of wastes in Slovakia varies among the regions and according to the type of wastes separated, Ščerbák said.

Krasnec of the waste management association views Slovakia’s effectiveness in waste separation and reprocessing as somewhere in the middle of the European average but sees room for improvement, saying Slovakia lags behind in collecting and recycling some kinds of wastes, for example plastics.

“This is why waste separation must be made even more effective, with sufficient environmental education because that is not yet at the level of Slovakia’s western neighbours,” Krasnec stated.

Slovakia created a Recycling Fund that collects fees from importers and producers of certain commodities and then uses these funds for subsidies and loans that support projects to improve collection of separated wastes and their recovery. At this time the Association of Businesses in Waste Management and the Slovak Industrial Association for Packages and Environment (SLICPEN), as well as other groups, are calling for termination of the fund and its fees.

“The Recycling Fund played its role during construction of recycling capacities and ‘early’ support for waste separation,” said Krasnec, adding that his association now has the opinion that the functioning of the Recycling Fund, anchored in the current law on waste, is no longer sufficient. “This is why we are curious how the Ministry of Environment will deal with it in the new law. We think that the market for separated wastes is already started well and can secure enough investment to support waste separation as well as reprocessing.”

ZMOS reacted that considering termination of the Recycling Fund should be preceded by a thorough discussion about a new mechanism to support waste recovery.

Ščerbák stated that a decision about the Recycling Fund should be made by the government, adding that the Ministry of Environment has prepared an analysis of the fund that will be submitted to a tripartite committee for review.

Slovakia has endorsed a plan to recover at least 50 percent of municipal waste by 2020.

“This is a very ambitious goal because approximately 80 percent of municipal waste is currently deposited in landfills,” said Krasnec. “Separated collection of waste alone will not lead to 50 percent of municipal waste being reprocessed so it is necessary, following the example from abroad, to start thinking about municipal waste as a possible fuel for cement factories, limekilns or power stations. A combination of recycling and using waste as an alternative fuel and burning it in facilities to use its further energy can mean that Slovakia will be able to fulfil this demanding goal.”

ZMOS is asking for clearer rules that will show definitive support for higher levels of waste separation.

“People as well as municipalities have to feel that separation is an effective way of recovering wastes,” Kaliňák said. “It is necessary to remember that international obligations of the Slovak Republic are not obligations of towns and cities but of the state. Thus, it is a matter of the state’s responsibility how it will create adequate conditions for fulfilment of its obligations.”

Ščerbák said the Ministry of Environment considers raising fees for waste disposal at landfills, better support for waste separation, encouraging the use of materials from recycled waste and increasing the incineration of wastes for energy recovery as the most important steps to reach the 2020 goals.