THE FOURTH international puppet festival, organised by the Bratislava Puppet Theatre (Bratislavské bábkové divadlo, BBD) between June 16 and 19 was dedicated to the work of the Grimm brothers. 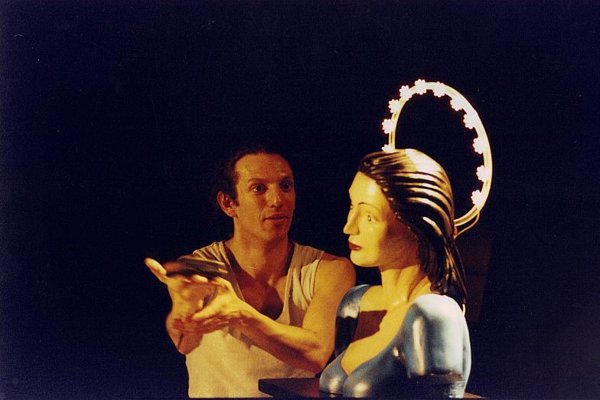 THE FOURTH international puppet festival, organised by the Bratislava Puppet Theatre (Bratislavské bábkové divadlo, BBD) between June 16 and 19 was dedicated to the work of the Grimm brothers.

Organiser Ján Brtiš told the TASR newswire that the festival commemorated the 225th birthday of Wilhelm Grimm. Wilhelm and his brother Jacob are widely recognised as the most renowned collectors of folk tales in history.

The festival brought together puppeteers from all across Europe. From among 28 applications from 21 countries, the organisers invited 11 ensembles from the Czech Republic, Hungary, Slovenia, Russia, Bosnia and Herzegovina, Italy, Germany and Slovakia.

“The artistic interpretations varied, from classic Russian, through improvisational styles to the Italian performance, modified into contemporary story,” said Dušan Štauder, the artistic director of BBD. The performances were held in the BBD theatre as well as in the garden of the Prešporok Mansion and the Academy of Performing Arts.

BBD spokesperson Lujza Kittlerová told The Slovak Spectator that the biggest successes which drew the largest audiences were the marionette theatre of Dresden with its version of “The Brave Little Tailor”, a Slovenian ensemble performing “Sleeping Beauty”, the Czech theatre called Buchty a loutky presenting “The Golden Goose” and the Ivanovsk Regional Theatre from Russia offering “The Grimm’s Tales”. An Italian modernisation, called Bianca e Neve (White and Snow) was aimed more at adults than small children as this version of Snow White was rather ephemeral, a secret dream more about inaccessible beauty and jealousy than a person.

An interesting – and slightly confusing – feature was the two-sided auditorium with viewers sitting facing each other on both sides of the puppet stage. The festival attracted both children and adults and students from Hungarian, German and Russian language schools were invited to the performances.