THE PRESIDENT of Slovakia’s Supreme Court, Štefan Harabin, will have to pay a heavy price for his decision to block Finance Ministry inspectors from entering the Supreme Court in order to carry out a financial audit: on the orders of the Constitutional Court his salary is to be cut by 70 percent for one year. 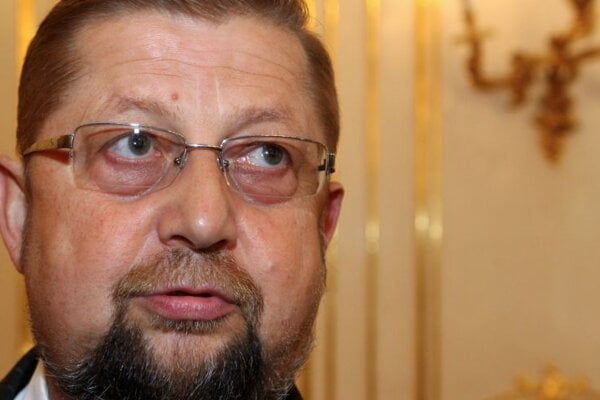 THE PRESIDENT of Slovakia’s Supreme Court, Štefan Harabin, will have to pay a heavy price for his decision to block Finance Ministry inspectors from entering the Supreme Court in order to carry out a financial audit: on the orders of the Constitutional Court his salary is to be cut by 70 percent for one year.

In a disciplinary proceeding, the Constitutional Court ruled on June 29 that Harabin had violated his duties associated with management of the courts, financial control and internal audit by repeatedly failing to make it possible for the ministry to audit the Supreme Court’s accounts.

“It is a penalty for [my] legal view, given that my predecessor Milan Karabín was acquitted in an identical case,” Harabin said, as quoted by SITA newswire. He did not attend the announcement of the verdict as he is currently on holiday.

Harabin added that the disciplinary panel had obviously violated the Slovak Constitution by not respecting a valid and executable decision of the Supreme Court. In April the Supreme Court upheld a Regional Court ruling that the Finance Ministry did not have the right to audit it.

Justice Minister Lucia Žitňanská, who has long been at loggerheads with Harabin, said that the decision of the Constitutional Court is an important signal that not even a high judicial official can get away with everything and that there is a limit set by the law and public interest. It has been confirmed that controlling how public finances are handled in no way interferes with the independence of the courts, she said, as quoted by SITA.

The Supreme Court has, at Harabin’s direction, been denying access to Finance Ministry auditors since August 2010. Harabin has repeatedly asserted that “only the Supreme Audit Office (NKÚ) wields the right to supervise the Supreme Court”.

He restated this position at a June 15 hearing at the Constitutional Court, suggesting that a ministerial audit of the Supreme Court “is not possible unless one intends to talk about the independence of courts”, SITA wrote.

Finance Minister Ivan Mikloš previously hit back at Harabin’s reluctance to grant auditors access by imposing a €33,000 fine on the court president, and Mikloš and Harabin have since sued each other’s institutions. Žitňanská weighed in by filing a proposal with the Slovak Constitutional Court in November 2010 to launch a disciplinary proceeding against Harabin, proposing the highest possible fine: a one-year, 70-percent cut to his salary. The court has now decided to impose that penalty.

Mikloš argued that by blocking the ministerial audit it could be argued that Harabin was abusing the independence granted to courts and judges. The Finance Ministry has also commented that it seems Harabin has something to hide.