Norway has donated €70 million to Slovakia; €80 million more is expected to follow

BETTER public lighting, renovated historical buildings, and practices promoting social inclusion in Slovak schools: projects of this kind, as well as many others, have been carried out in Slovakia thanks to money flowing from a group of three European countries outside the EU: Norway, Iceland, and Liechtenstein. The aid is intended to reduce social and economic inequalities in Europe, and at the same time boost potential markets. 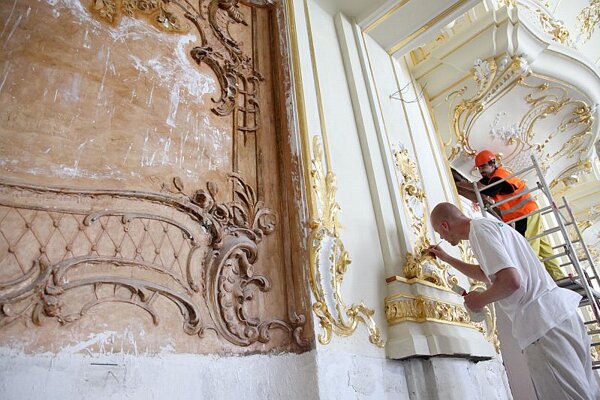 BETTER public lighting, renovated historical buildings, and practices promoting social inclusion in Slovak schools: projects of this kind, as well as many others, have been carried out in Slovakia thanks to money flowing from a group of three European countries outside the EU: Norway, Iceland, and Liechtenstein. The aid is intended to reduce social and economic inequalities in Europe, and at the same time boost potential markets.

The first programming period, in which the Financial Mechanism of the European Economic Area (EEA) and the Norwegian Financial Mechanism granted a total of €70 million to projects realised by Slovak individuals, organisations, institutions and municipalities, concluded with a conference in late June 2011. Projects that received funding have helped to improve the environment, developed human potential, protected cultural heritage and improved infrastructure in Slovakia’s regions.

In the course of the 2004-2009 programming period, funds from the financial mechanism were provided to 101 individual projects (an indivisible series of works with a clearly identified objective with a minimum grant threshold set at €250,000) and 200 block grants (funds which are set up for a clearly defined purpose and provide assistance to organisations or institutions) in nine programme areas, reported Viktor Nižňanský, the head of Slovakia’s Government Office, which serves as the National Focal Point for the grants system.

According to Norwegian Ambassador Trine Skymoen, the broader concept behind the EEA and Norway grants is to reduce social and economic disparities.

The total allocation across Europe is €1.8 billion, and goes to 15 beneficiary states. The money is provided by Iceland, Liechtenstein and Norway; Norway provides 97 percent of the funds.

“Slovakia has presented a lot of good projects that are also important to Norway, Liechtenstein and Iceland,” Skymoen said.

Slovakia contributed 15 percent of the overall financing of almost all the projects that received funding.

Among the projects benefiting from the funds has been the reconstruction of Bratislava’s Reduta, the home of the Slovak Philharmonic Orchestra; the modernisation of public lighting in 46 municipalities; the renewal of the Evangelical church in Bátovce; and the reconstruction of a building in Bratislava that houses a family crisis centre.

One of the projects that received funding within the Human Resources Development programme area was a project developed by the DAFNE union of centres for prevention and help.

“DAFNE has realised that there is violence at schools where children with special needs are enrolled, and therefore we came up with a project that would change the approach of children to each other, but also the approach of teachers to children with special needs,” Marian Kolenčík from the union told The Slovak Spectator. The project involves six main activities, he explained, including the publishing of a story book for children about six chicks born to one hen, one of whom is blind – a story intended to teach children about equality, and the need for integration of people with special needs. DAFNE also developed a methodical handbook for teachers to accompany the story book.

There were also stays for teachers in donor countries in order for them to learn new approaches to students within partnerships with Norway, Iceland, Denmark and France.

“These four countries helped us by passing to us their experiences,” Kolenčík said.

Kolenčík admitted that getting the grant was a demanding process.

“In the first round we were added to a pool of projects, and then experts from the Norwegian Financial Mechanism came here and led a half-day-long dialogue with us, asking about details of the project,” Kolenčík said.

“The grants made it possible to connect the activities of Slovaks, Norwegians, Icelanders and Liechtensteiners,” Prime Minister Iveta Radičová said. “I believe that this successful cooperation will also continue in the next programming period.”

Partnerships between recipients and donors will receive particular emphasis in the next programming period.

“We believe that in the next period there’ll be many more,” Nižňanský said.

The next programming period will see €80 million allocated to the programme in Slovakia for the 2009-2014 period. First calls for applications are expected to be announced in the first half of 2012.

The nine programme areas that the grants are divided into include: green innovations in industry (over €14.6 million), a global fund to promote decent working conditions and tripartite dialogue, cross-border cooperation with Ukraine (over €12.7 million), domestic and gender-based violence prevention, climate change adjustment, fund for NGOs, local and regional initiatives to decrease national inequalities and support social inclusion, preservation of cultural and natural heritage (over €10.5 million), and scholarships for students and teachers.

“When defining the particular programme areas, we sought to connect them as much as possible to the plans and programme of the government for this election term, in order to maintain a synergic effect between the investments from the state budget and municipal budgets, and the donated money, to secure the best possible effect in the Slovak regions,” Nižňanský said.

“There are already partnerships established at the programme level from which individual projects will be derived,” Ambassador Skymoen said, adding that Norway and Slovakia have identified the main areas where partnerships should be developed. However, partnership is not obligatory for projects to receive a grant from the system.

“But we are working hard to identify possible institutions or organisations who could be valuable partners,” she added.