Prosecutor’s office in the spotlight

IN A SURPRISE move, the Slovak Constitutional Court on June 29 overturned one of its own provisional rulings. The ruling had suspended the validity of a parliamentary rule change affecting the way the general prosecutor is selected by MPs. The court will still consider the constitutionality of the rule change, which allowed MPs to choose the prosecutor by means of a recorded vote rather than a secret ballot, but it remains in force for now. 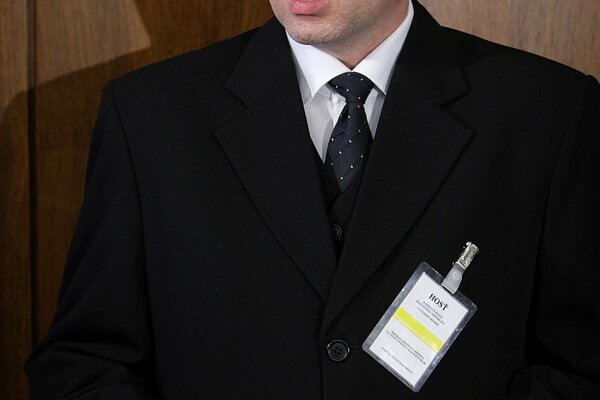 IN A SURPRISE move, the Slovak Constitutional Court on June 29 overturned one of its own provisional rulings. The ruling had suspended the validity of a parliamentary rule change affecting the way the general prosecutor is selected by MPs. The court will still consider the constitutionality of the rule change, which allowed MPs to choose the prosecutor by means of a recorded vote rather than a secret ballot, but it remains in force for now.

As it happened, and partly to avoid complications should the rule change later be overturned by the court, MPs chose to use the original secret-ballot method and Jozef Čentéš was elected to a seven-year term as general prosecutor by parliament on June 17. However, President Ivan Gašparovič, who must formally appoint the general prosecutor, is defying the wishes of MPs – and now, apparently, the Constitutional Court – by refusing to name Čentéš.

Gašparovič announced after the June 17 vote that he would not appoint Čentéš, who was backed by the ruling coalition, until the Constitutional Court had issued a ruling about the constitutionality of the new selection procedure. But the court’s subsequent decision to drop any interim objections to the selection procedure – and the fact that Čentéš was in any case chosen using the old procedure – has left the president, who has vetoed numerous laws passed by the coalition, out on a limb.

“The preliminary ruling was not decisive for the president,” presidential spokesman Marek Trubač said, as quoted by the Sme daily. He added that the president wanted to wait for a final decision by the court. When asked why this was necessary, Trubač said: “As long as there are doubts he does not want to proceed with the appointment of Mr. Čentéš because it would not be good for the Office of the General Prosecutor itself.”

Prime Minister Iveta Radičová said on July 6 that Gašparovič had no legal justification for not appointing Čentéš to the post.

Referring to the Constitutional Court’s reversal, she commented, as quoted by SITA: “It was the first time that we have experienced such a change in the case of a preliminary ruling.” Radičová added: “It is a very abnormal change, which nevertheless proves that the general prosecutor was elected in a legitimate way and in line with the valid legislation.”

Constitutional lawyer Peter Kresák told Sme that the Constitutional Court’s decision was unprecedented, a view with which several politicians and legal experts concurred.

A new general prosecutor has been selected and parliament does not intend to vote in anybody else, so the provisional ruling of the Constitutional Court has lost its meaning, acting general prosecutor Ladislav Tichý said on July 6, as quoted by the TASR newswire. It was Tichý who brought the original legal challenge to the rule change that resulted in the preliminary ruling.

The ruling coalition went to considerable lengths over the past six months to change the secret ballot method used to select the general prosecutor into a public, recorded vote. But the legislation that changed the parliamentary rules, despite being approved by MPs, was then challenged by Tichý. Tichý was not selected by MPs, but, as deputy general prosecutor, won automatic promotion after the term of the previous general prosecutor, Dobroslav Trnka, expired in February.

Opposition Smer leader Robert Fico stated that Čentéš would only serve the interests of the ruling coalition parties and that this would destroy the independence of the General Prosecutor’s Office.

Čentéš has said that his vision of managing the General Prosecutor’s Office is different from Trnka’s. Čentéš indicated he would not replace all prosecutors but would initiate specific selection procedures.

Meanwhile, parliament on July 6 tasked the General Prosecutor’s Office with reworking an official report on its operations after several ruling coalition deputies objected to what they called controversial sections which included political statements.

The office’s report states, among other things, that in 2010 a political ‘hunt’ was launched against the prosecutor’s office and then-general prosecutorTrnka, which the authors of the report said recalled the process against Rudolf Slánský, SITA reported. Slánský was a leading communist accused of conspiracy in 1951 and later executed after a show trial.

The report suggested that the political moves were intended to ensure that Trnka was not re-appointed to his post. The authors also asserted that the executive power is not happy with the prosecuting authority as a “sui generis” body but would prefer it to be subordinate to the political demands of ruling politicians. The report’s authors provided no direct evidence to back their assertions. Tichý denied that the report of his office was politicised.

Ondrej Dostál, a Civic Conservative Party MP who sits in parliament as part of the Most-Híd deputy caucus, said that while he respects the work of prosecutors he sees problems with the operation of the leadership of the General Prosecutor’s Office, problems which he said are highlighted by several parts of the office’s report.