Away from the spotlight

THE IRON Curtain between Austria and Slovakia was dismantled in 1989 and since then old economic ties have been renewed and many new ones created. But while about 1,600 Austrian companies are active in Slovakia, some barriers, especially mental ones, remain, as demonstrated by the concerns raised in Austria about the effect that opening its labour market completely to Slovaks and other central Europeans – something it did in May – would have. In spite of this ‘cloud’ both sides say cooperation in business and trade is thriving, and see opportunities for its extension. 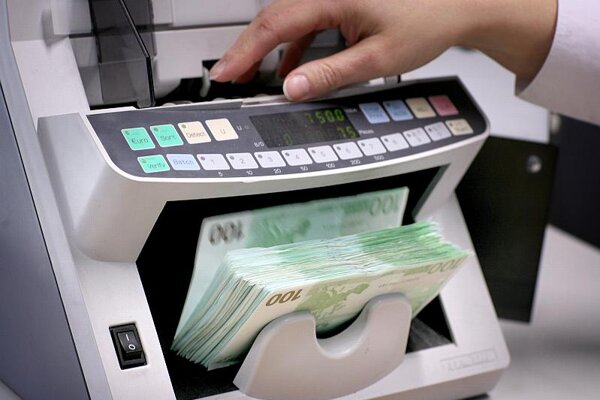 THE IRON Curtain between Austria and Slovakia was dismantled in 1989 and since then old economic ties have been renewed and many new ones created. But while about 1,600 Austrian companies are active in Slovakia, some barriers, especially mental ones, remain, as demonstrated by the concerns raised in Austria about the effect that opening its labour market completely to Slovaks and other central Europeans – something it did in May – would have. In spite of this ‘cloud’ both sides say cooperation in business and trade is thriving, and see opportunities for its extension.

“Current economic cooperation between Austria and Slovakia is excellent,” Patrick Sagmeister, the commercial counsellor at the Austrian Embassy, told The Slovak Spectator. “There are about 1,600 Austrian companies that have a subsidiary in Slovakia. Total foreign direct investment by these companies amounts to €5 billion and makes Austria one of the most important investors in the country. Austrian companies are active in all sectors: from banking and other services, which are mainly based in the capital, to heavy industrial production in central and eastern Slovakia.”

According to the Slovak Investment and Trade Development Agency (SARIO), Austria continues to be the third most important foreign country in terms of aggregate investments in Slovakia.

“Austria was fourth in the ranking of the inflow of direct foreign investments in 2010, based on preliminary results from the National Bank of Slovakia,” SARIO spokesperson Richard Dírer told The Slovak Spectator. “Austria remains the biggest investor in Slovakia’s banking segment, while small and medium-sized companies make up the biggest portion of investments.”

This vibrant economic relationship is also reflected in growing bilateral trade, which has returned to pre-crisis levels.

“Last year the trade volume reached an all-time high of almost €5 billion,” said Sagmeister. “Slovakia exported €2.6 billion, an increase of 35 percent, to Austria and €2.3 billion, up 22 percent, was imported from Austria. This very strong development has continued this year, with exports to Austria growing by 37 percent and imports by close to 26 percent in the first quarter. This strong growth is exceptional – and with regards to the high underlying volume, it is really outstanding. Slovakia is Austria’s 10th most important trading partner before big countries like the UK, Poland, the Netherlands or Spain.”

Josef Altenburger, president of the Slovak-Austrian Chamber of Commerce, also cited the sound trade figures as proof of thriving cooperation. Economic growth in 2011 for both countries is forecast to be between 3.1 and 3.5 percent, thanks in particular to the dynamic development of exports, according to Altenburger.

In spite of growing investments, SARIO has recorded a drop in the number of inquiries from the Austrian side, but says this might be because Austrian companies no longer need to make use of official institutions to acquire basic information.

“In spite of the positive indicators, from the viewpoint of SARIO the interest of Austrian companies in Slovakia is decreasing,” said Dírer. “But this does not mean a real decrease in investments.”

Dírer specified that SARIO is registering this lower interest only on the basis of common requests and various questions which its project managers are fielding with regards to the business environment and related issues. A partial explanation may be that Austrian investors are no longer relying on assistance and information from official sources, but thanks to the proximity of the countries and their close business relations, are using different ways to set up operations.

“As a consequence of the proximity of the countries and especially their capital cities, relations are acquiring an informal character and contributing to the smooth transfer of investments and arrival of new subjects in Slovakia,” Dírer said. “Thanks to the better-than-average relations of companies from Austria, many investment projects do not catch the attention of the general public and thus there is a feeling that the interest of Austrian companies in Slovakia is decreasing.”

Between 2002 and 2010 SARIO successfully assisted 23 Austrian companies which had picked Slovakia as a suitable location for their investments. These investment projects amounted to €517.9 million and led to the creation of about 3,200 jobs. The sectors where investments landed included the wood-processing industry, the electro-technical industry, production of machines and motor vehicles, and the metalworking industry, but also extended to projects covering the research and design of products.

Dírer sees all sectors of the Slovak economy as interesting for Austrian investors, but says Slovakia could utilise Austria’s greater experience in sectors like generation of energy from renewable sources and tourism.

A survey that the Austrian chamber, along with German and French chambers of commerce in Slovakia, traditionally conducts in the first quarter of the year confirmed – at 90 percent – the high interest of Austrian companies in doing business in Slovakia.

“SMEs especially would pick Slovakia as the place for their investments or to extend existing production units,” said Altenburger. “The survey also showed for the first time that there would also be interest in regions in central and eastern Slovakia, especially due to the bigger labour potential and lower costs there.”

Sagmeister said last year that one of his tasks here is to bring more Austrian companies to Slovakia and help them to succeed and make the region of central Europe, CENTROPE, grow together and see that it is really one market.

“We are working on this every day and we are succeeding very well,” said Sagmeister. “There have not been any big Austrian newcomers in Slovakia for a while, but that is because most of them are already here. We have two to three Austrian companies in our office every week that want to set up a business here. The interest is very big and the markets are growing together continuously. I wish there were a little more activity from Slovak companies in Austria.”

The Austrian labour market opens up

After Austria fully opened its labour market earlier this year, following the expiry of the maximum seven-year transition period allowed under EU rules, there were concerns on both sides. While Slovakia was afraid that some of its educated labour force would be siphoned off, Austria was concerned that cheap labour from Slovakia and other countries would flood the country. But for now these concerns have not materialised.

“Concerns about an outflow of educated Slovak labour were exaggerated and we can claim that they have not been fulfilled,” Dana Blechová, country manager of Iventa Slovakia Management Consulting, told The Slovak Spectator. “Slovaks who were interested in work in Austria have been working here already for a long period of time regardless of whether the market was opened only partially. We see a certain tendency for more Slovaks to respond to ads to fill positions in Austria than before. But in most cases they are not even invited for interview due to their insufficient knowledge of German.”

Along with poor knowledge of German, Blechová also pointed to Slovakia’s education system as another problem, as it is very academic. As a consequence, most graduates from Slovak schools without practical experience do not have the skills required in the Austrian market.

According to Altenburger, concerns that the Austrian market would be flooded by foreign workers, because work permits are no longer required, have not been fulfilled.

“However, concerns about growing competition from foreign companies which are taking orders in Austria and want to carry them out with their own workers have remained,” said Altenburger, adding that Austria has adopted new legislation creating huge bureaucratic obstacles and hefty fines which can be imposed in the event that Austrian collective agreements and social laws are violated.

“This law is valid for all new EU members, but heavily impacts neighbouring countries and thus also Slovakia in particular,” Altenburger said. “It is regrettable that even after more than 20 years there are still obstacles and concerns – especially in people’s minds – even though they are originating nice concepts within the CENTROPE initiative. But these should be also carried out and not only declared during annual sessions.”