Many nearby Austrian attractions lure Slovaks

THE BORDER between Slovakia and Austria measures just 107 kilometres and the only shorter frontier Slovakia shares with a neighbour is the 98 kilometres with Ukraine in the east. Nevertheless, cooperation between Austria and Slovakia in cultural affairs and protection of nature is thriving as the short length of their common border is not the most important factor. Slovaks enjoy a rich variety of Austrian cultural events at home thanks to the efforts of the Austrian Culture Forum based in Bratislava, and several Austrian cultural and natural attractions near the border regularly lure Slovak visitors through special events, Slovak-language brochures and even Slovak-speaking guides. 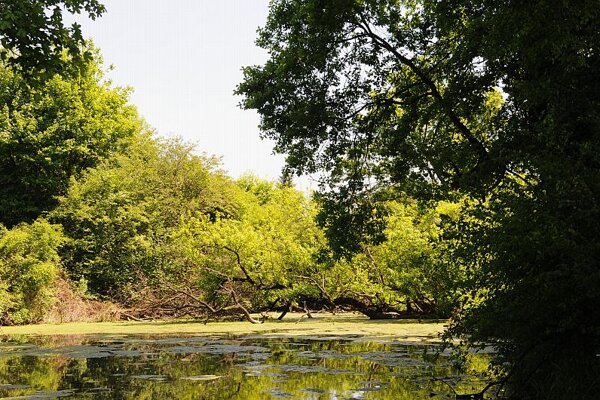 THE BORDER between Slovakia and Austria measures just 107 kilometres and the only shorter frontier Slovakia shares with a neighbour is the 98 kilometres with Ukraine in the east. Nevertheless, cooperation between Austria and Slovakia in cultural affairs and protection of nature is thriving as the short length of their common border is not the most important factor. Slovaks enjoy a rich variety of Austrian cultural events at home thanks to the efforts of the Austrian Culture Forum based in Bratislava, and several Austrian cultural and natural attractions near the border regularly lure Slovak visitors through special events, Slovak-language brochures and even Slovak-speaking guides.

The Austrian Culture Forum is the main organiser of Austrian cultural events in Slovakia. This spring and summer the organisation staged events to mark two prominent personalities of music – Franz Liszt and Gustav Mahler.

Austrian artists also regularly participate in the Sculpture and Object exhibition that brings works of art not only to galleries but also into public squares, gardens and other open spaces. Austria is represented this year by Andrea Maria Krenn with her project Room without Sounds. It is exhibited at the Austrian Culture Forum until the end of August. Other Austrian artworks are on display in the SPACE Gallery at Velehradská 7/A until August 26. Curated by Lukas Feichtner, this exhibition presents a younger generation of Austrian artists working with various mediums including paint, video, installations and objects, to acquaint Slovak audiences with the latest trends in contemporary Austrian art.

The Austrian Culture Forum is also a participant in the Summer Photoschool at the House of Photography in Liptovský Mikuláš that started on July 7. One of the lecturers is Martin Bilinovac, an art photographer and educator at the University of Linz.

As in previous years, Schloss Hof, a Baroque-style Austrian castle, as well as the Carnuntum Archaeological Park and the Donau-Auen National Park have prepared special events for Slovaks for the 2011 summer season, especially on Slovak holidays that are regular working days in Austria, providing great opportunities for one-day excursions by Slovaks.

The biggest highlight of 2011 is the Conquer-Discover-Experience exhibition available in Carnuntum’s Roman Land until November 15, reflecting the unique characteristics of the Roman presence in this region. The exhibition examines how the region evolved over the centuries from the first presence of Roman legions to the present day, focusing on nature, culture and economic development as well as the history of the Roman settlements and their technical developments.

Visitors can learn about everyday life in Carnuntum via funny and interesting experiences such as learning to don a Roman toga, competing in Roman games or eating a meal prepared from millennium-old recipes. The exhibition takes place in three towns: Petronell-Carnuntum, Bad Deutsch-Altenburg and Hainburg, and is accompanied by events such as an air show, open-air multi-media and film presentations, learning projects for children, a medieval festival and spectacular gladiator fights.

Those who prefer untouched nature can visit the Donau-Auen National Park which preserves the last remaining major wetlands environment in central Europe. Situated between Vienna and Bratislava, the Danube River still flows freely here, creating a habitat for a multiplicity of animals and plants, including rare species. Because the administrators of the park realise that today’s children can grow into future conservators of nature, the park very actively offers educational programmes for young people as well as more adrenaline-pumping boat trips for adults.

The Danube wetlands are home to more than 700 types of plants, more than 30 species of mammals, hundreds of species of birds, eight kinds of reptiles and 13 kinds of amphibians and more than 60 varieties of fish, not to mention thousands of invertebrates.

Barbara Mertin, the senior ranger at the Donau-Auen National Park, explained to The Slovak Spectator that the park is extremely rich in many kinds of fish due to its varied habitat that includes the free-running Danube, still arms of the river and many hectares of wetlands. Endangered and extremely rare species which have become well-adapted to harsh living conditions, such as lower levels of oxygen and changing water temperatures, include the European mudminnow, which until recently was thought to have become extinct.

Among the park’s mammals, it is probably beavers, the ‘master builders’ of river landscapes, that capture the most attention from visitors. While walking through the park, visitors can see trees felled by beavers, trees with markings left by beavers’ teeth, so-called ‘skids’ running from river banks into the water, and beavers’ entries into their underground lodges.

“Beavers are difficult to observe,” Mertin, a beaver specialist, told The Slovak Spectator, adding that they are shy animals who warn others of danger with a loud slap of their flat tail on the water and that they are also primarily nocturnal.

“This is the time when adults are bringing out their offspring,” Mertin said, adding that participants in these theme tours are often lucky enough to see and particularly listen to various sounds made by beavers. These include a slap by the broad hairless tail on the water, known as a ‘scoop’, sounds of contact between young beavers and their mothers as well as the noises beavers make while eating. And Mertin said, smiling, that on very rare occasions visitors can also hear beavers releasing gas, as beavers are herbivorous and sometimes produce this distinctive sound after digesting their food.