Burnt by the sun?

THE TOTAL installed capacity of photovoltaic power stations in Slovakia exceeded 480 MW at the end of June. Economy Minister Juraj Miškov has accused the previous government, led by Robert Fico, and the Regulatory Office for Network Industries (ÚRSO) of creating an excessively generous environment that generated a boom in solar generation and pushed electricity prices up. But ÚRSO has defended the way it set the prices – known as feed-in tariffs – that were guaranteed to solar power producers and helped prompt the boom. 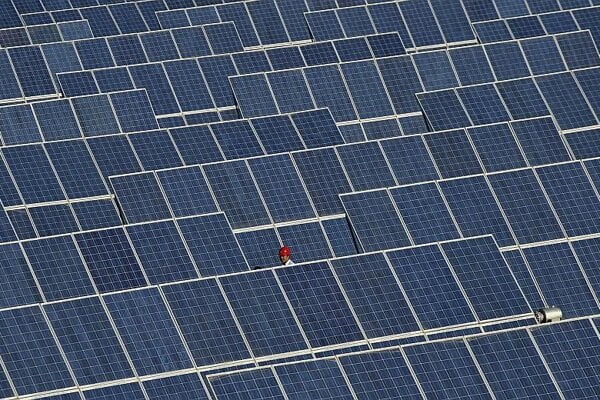 THE TOTAL installed capacity of photovoltaic power stations in Slovakia exceeded 480 MW at the end of June. Economy Minister Juraj Miškov has accused the previous government, led by Robert Fico, and the Regulatory Office for Network Industries (ÚRSO) of creating an excessively generous environment that generated a boom in solar generation and pushed electricity prices up. But ÚRSO has defended the way it set the prices – known as feed-in tariffs – that were guaranteed to solar power producers and helped prompt the boom.

“When we took power last year, one of the first things we had to do was to halt the photovoltaic Klondike, which the previous government of Robert Fico had set up,” Minister Miškov said on July 8. “As of July 1, support for solar power stations was radically restricted. We have limited construction of large solar power stations, which had started to grow across [whole] fields, and returned this business to where it should be. We want to support solar power stations which are built on the roofs or walls of buildings. We have also limited the installed capacity to 100 kW [per unit]. We had to amend the legislation with regards to an expected negative impact of this solar boom on electricity prices.”

“The reduction of feed-in tariffs and simultaneous ban on building photovoltaic power stations on free land will halt the photovoltaic market for some months,” said Martin Toman of the Slovak Association of Photovoltaic Industry, as quoted by the TA3 TV news channel.

In Slovakia, production of electricity from the sun and other renewable resources is supported via guaranteed feed-in tariffs, i.e. a guaranteed price at which solar power stations can sell to the national grid the electricity they generate. These tariffs are set by ÚRSO and solar generators have priority over other producers.

According to Miškov, the original, generous set-up of guaranteed feed-in tariffs, reduced production costs due to the falling price of photovoltaic panels and other facilities for generation of electricity from the sun, and the inaction of ÚRSO meant that investors had enjoyed high margins, making this a very lucrative business with guaranteed high profits for the next few years.

“This number [the total installed capacity] shows what a boom in solar energy occurred in Slovakia during 2010 and the beginning of 2011,” Miškov said, pointing out that Slovakia originally expected construction of solar power stations with an aggregate installed capacity of 300 MW by 2020, in order for 24 percent of electricity generated from renewable resources to come from solar power. Miškov says that without the intervention of the Economy Ministry the boom would have continued and total installed capacity might have ballooned to as much as 700 MW.

The problem with this solar boom, according to Miškov, is that feed-in tariffs paid to the operators of solar power stations are too generous and that there is a danger of a significant increase in the final price which households, firms and other consumers pay for electricity. He identified another problem as being the increasing costs of Slovenská Elektrizačná Prenosová Sústava (SEPS), the authority responsible for ensuring security of electricity supply in Slovakia by keeping the national grid stable.

SEPS director general Ján Horkovič explained that after the new solar power stations were phased in, oscillations had occurred across the grid. Since SEPS has only collected limited information so far, it will use this summer to monitor the situation and take measures to ensure the grid’s stability. For example, it plans to install a network of weather stations to help it predict the weather since the intensity of the sun, wind and other factors can significantly affect the effectiveness and production of photovoltaic power stations.

To keep the grid stable, the supply and consumption of generated electricity must be balanced. When extra solar electricity is generated and fed into the grid, the output of other generating facilities must be reduced or consumption increased. If the supply of solar electricity falls, additional electricity generating facilities must be switched on. Horkovič explained that the boom in construction of solar power stations has increased demand for such support services, pushing up SEPS’ costs.

Miškov said that such extra support services mean that Slovakia is paying for its electricity twice.

In response to Miškov’s accusations, ÚRSO has argued that it merely followed the valid legislation and rules.

“Perhaps the minister thinks that it is time for ÚRSO also to be made responsible for global warming or the global growth in crude oil prices?” ÚRSO spokesman Miroslav Lupták commented in response. The regulatory office said that it had proceeded in line with the law on production of electricity from renewable resources when setting feed-in tariffs for electricity generated by solar power plants.

“The office does not draw up or pass bills and the law ordered the office [to enact] an exact procedure for quoting prices in accordance with the methodology of the European Union,” Lupták said, as quoted by the SITA newswire.