THE TOWN of Nižný Medzev lies in eastern Slovakia, not far from Košice. It was founded by Germans who were invited there in 1241 by King Belo IV after the Tatar invasions. 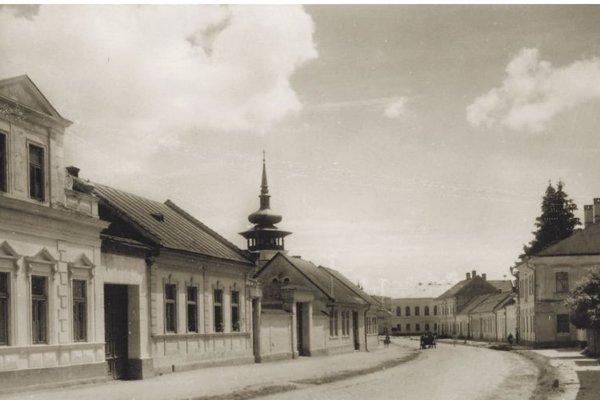 THE TOWN of Nižný Medzev lies in eastern Slovakia, not far from Košice. It was founded by Germans who were invited there in 1241 by King Belo IV after the Tatar invasions.

The town was built in the Bodva River valley and its establishment has been linked to the development of mining in the lower Spiš region. After the mines in the region were exhausted the residents of Medzev re-oriented themselves to ironworking and smithery.

Until the 19th century, Nižný Medzev was controlled by the Premonstratesians or Norbertines (known as White Canons in Britain and Ireland), based in the monastery in Jasov. However, relations between the town and the monastery were not always good. And during the anti-Habsburg revolts, the local ironworks on the Bodva River produced arms for the rebels.

The German community in Medzev was called Mantáks (Mantáci). One of the explanations for the name comes from local dialect: the German verb meinter (to mean) is pronounced 'manta' here. Another explanation is that Medzevans who worked in the river ironworks in a very noisy environment had impaired hearing. So they were often forced to ask: Bós manta? (What did you say?) And in this way, the term Manták arose.

The Mantáks of Nižný Medzev came to be viewed as a distinct group of Carpathian Germans because of their tradition of ironworking crafts. Until the mid 20th century, Medzev was mostly a German settlement and today Mantáks remain a distinct ethnic group.

This postcard shows the centre of Nižný Medzev shortly after World War II.