INDIA has approximately 200 times more inhabitants and is about 60 times larger than Slovakia. But in spite of this Goliath-David ratio, Slovakia could be an interesting partner for India. While it is one of the most populous countries in the world and is the fourth most important trading partner of Slovakia in Asia, both sides see a lot of as-yet untapped opportunities for further development of economic cooperation. 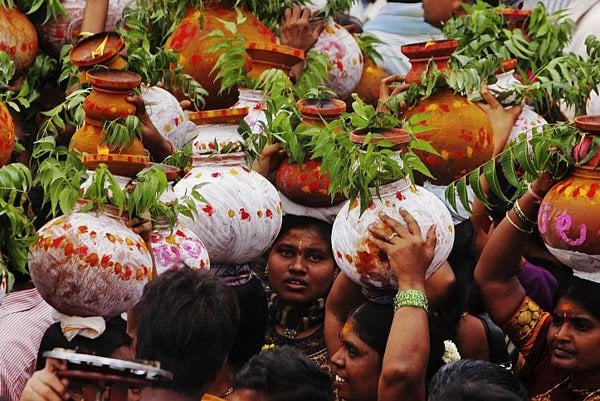 INDIA has approximately 200 times more inhabitants and is about 60 times larger than Slovakia. But in spite of this Goliath-David ratio, Slovakia could be an interesting partner for India. While it is one of the most populous countries in the world and is the fourth most important trading partner of Slovakia in Asia, both sides see a lot of as-yet untapped opportunities for further development of economic cooperation.

“Although we are a small country, with our strategic location in the heart of Europe we have lot to offer. We could become a gateway to Europe for you,” Andrea Gulová, the deputy chief executive of the Slovak Investment and Trade Development Agency (SARIO), told potential investors in mid April during a visit to India. SARIO representatives were part of an official delegation accompanying Slovak Economy Minister Juraj Miškov and Defence Minister Ľubomír Galko on their trip to India. SARIO co-organised investment seminars during the trip to inform potential Indian investors about the business and investment environment in Slovakia. The scope of potential fields of cooperation is extensive, ranging from the defence industry through the energy sector – including nuclear energy – to car production, IT, and tourism.

India, like Slovakia, sees room for the development of Indo-Slovak economic relations, saying their potential has not yet been realised.

“Slovakia was preoccupied in its neighbourhood till 2006, but we welcome the Slovak initiative to expand relations with India,” R. K. Puri, counsellor at the Embassy of India in Bratislava, told The Slovak Spectator. “We believe that there are many areas in which we could cooperate for mutual benefit.”

According to SARIO, some Indian entrepreneurs know Slovakia well since they are successfully doing business with local businesspeople. It cites Tanax, ArcelorMittal Slovakia, the daughter company of the steel giant, and K1 Engineering India Private as examples. There are also several Slovak firms successfully operating in India, for example Slovak India Trading, which produces shoes and employs about 400 people.

Even though Slovakia regards India as an interesting business partner, SARIO perceives current interest from the side of Indian investors in Slovakia as being very small.

“In the past we worked on some prospective Indian investments, of which the most interesting was the Apollo Tyres project,” SARIO spokesman Richard Dírer told The Slovak Spectator, adding that the investor opted for Hungary, but later abandoned the whole project. Plans for Indian carmaker Reva to set up shop here have not materialised either.

Eva Sadovská, an analyst with Poštová Banka, told The Slovak Spectator that Asia’s exports to Slovakia make up almost one fifth of total imports, leaving Slovakia’s exports to Asian developing markets in the shade: the latter account for only one twentieth of Slovakia’s total. However, both figures keep growing and the outlook is promising.

Sadovská regards Asia as a promising destination for Slovak products.

“We can imagine that developing Asian countries might be very interesting consumers for Slovakia in the future and that the share of Slovakia’s exports to these economies might be even higher,” Sadovská commented.

Slovakia currently has a negative trade balance with India and the mutual trade between both countries is not reaching its full potential, Sadovská said. During the first four months of 2011, Slovakia exported goods to India accounting for 0.1 percent of its total exports , while imports from India to Slovakia made up 0.4 percent.

“There has been a dramatic growth of almost 60 percent in Indian exports to Slovakia, which stood at €50 million for the first three months of 2011 as compared to €31.3 million during the same period last year,” Puri said. “As regards Slovakia’s exports, India, being a large and open market, would welcome items such as machinery, chemicals, plastic materials, transport equipment, iron and steel, and pharmaceutical products.”

Puri also believes that the Slovak spa and wellness industry could offer business opportunities and tie-ups with the Indian Ayurveda health sector. There are opportunities for mutually beneficial business exchanges in sectors such as auto ancillaries and pharmaceuticals, especially the supply of Indian generic drugs which can help lower the costs of procurement of medicines by Slovakia’s public health system. In addition, trade growth in traditional sectors such as textiles, garments, leather goods, and others is also feasible.

“However, [as] Slovakia [is] a relatively small market, trade flows alone cannot add substance to our economic relationship,” said Puri. “It can attain higher levels if Indian companies can be persuaded to avail themselves of opportunities for using Slovakia as a regional hub to supply the larger EU markets and countries of the Eastern Partnership. Slovakia could also be a base for Indian information technology (IT) companies to provide IT services, using Indo-Slovak know-how and resources.”

According to Puri, some partnerships in the IT sector are already functioning in Košice Region. Similar opportunities could also be explored in the pharmaceuticals sector.


When discussing how Indian investors regard the Slovak business environment, Puri said that they need to be made aware of the advantages resulting from the unique location of Slovakia in Europe.

Slovakia is an interesting destination and India would like more and more Indian tourists to travel to Slovakia. But according to Puri, there is a need for greater promotional efforts and for facilitation of visas, which require elaborate documentation.

“The beautiful landscape of Slovakia, the breathtaking High Tatras, the free-flowing Danube with its exotic tourist spots, historic monuments, spa resorts, and so on, should attract all types of tourists,” said Puri. “Spa tourism and fusion with Indian Ayurveda could also be an area of interest for tourists.”

The Embassy of India has noticed small groups of Indian tourists visiting Bratislava city centre, but these generally come as day trippers from the neighbouring city of Vienna.

“There is a need to broaden the horizon of Indian tourists by projecting famous Slovak tourist attractions, like its medieval castles and the High Tatras, to bridge the awareness gap,” said Puri. “For this, Slovak tour companies and operators could be encouraged to launch a publicity campaign to educate tourists and develop tour itineraries aimed at the Indian market.”

The Embassy of India, which would like to see more Slovaks travelling to India, also provides and distributes informational material relating to tourism in India. It also participates in cultural events and charity bazaars, which is another channel to promote India as a tourist destination.