ALTHOUGH the overall standard of democracy in Slovakia might be improving, the authors of a project that evaluates it – who come from the non-governmental Institute of Public Affairs (IVO) – say there are several areas which can still be regarded as neuralgic. The Roma issue stands out as the most obvious example of these, they say. 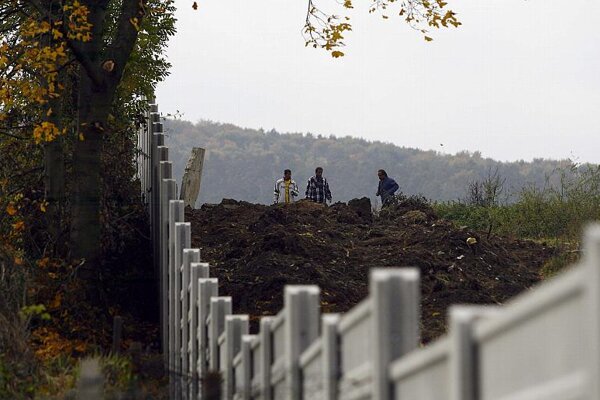 ALTHOUGH the overall standard of democracy in Slovakia might be improving, the authors of a project that evaluates it – who come from the non-governmental Institute of Public Affairs (IVO) – say there are several areas which can still be regarded as neuralgic. The Roma issue stands out as the most obvious example of these, they say.

The IVO Barometer survey graded Slovak democracy at 2.6 for the first half of 2011 on a scale where 1 is excellent and 5 is failing. The 2.6 grade represented an improvement of 0.2 points in comparison with the score at the end of 2010. The overall rating has returned to the same level as in early 2008 when IVO evaluated the state of Slovak democracy for the first time. The improved grade suggests that a trend towards stabilisation of democratic institutions in Slovakia is continuing, IVO president Grigorij Mesežnikov said.

The IVO Barometer evaluates the quality of democracy in Slovakia on a quarterly basis in four key areas: democratic institutions and a lawful state (which in this survey received a grade of 2.5); legislation (2.25); protection of and respect for human and minority rights (2.75); and media freedom and public-service media (2.75).

“We have increased the rating in three areas, but it remained unchanged in the area of minorities and human rights,” Mesežnikov pointed out.

Mesežnikov admitted that the authors of the barometer had difficulty deciding on the grade in the area of minorities and human rights, since several positive things had happened.

“The atmosphere has improved, for instance Slovak-Hungarian relations are not as neuralgic as they were during the government of Robert Fico, and to some extent also at the very beginning of the current government’s rule, when some not-very-positive trends from the previous period were still resonating,” Mesežnikov said.

Among the positives he also mentioned the new Human Rights Council established on the initiative of Deputy Prime Minister for Human Rights and National Minorities Rudolf Chmel, but said the cabinet’s refusal to establish a committee for the rights of non-heterosexual people as one of the advisory bodies to the council represented a negative development.

But Roma problems that have accumulated over the years are still not being solved “in the way that we would like to see,” Mesežnikov commented.

“Discrimination is not a phenomenon of this half-year, it’s a long-term phenomenon,” Mesežnikov said, listing segregated schools and discriminatory practices in the labour market as examples. What was new, and what Mesežnikov said the barometer authors found particularly disturbing, was the appearance of the use of the term “Roma criminality”, which the authors consider to be a term that violates the principle of equal treatment.

“None of us doubts that the law should be enforced and that all citizens should be required to obey the law,” Mesežnikov said. “But it’s impossible not to consider the fact that the problem of so-called Roma criminality even appears in some documents that serve as a basis for the creation of state policies. This is unacceptable: it doesn’t belong in the vocabulary of a liberal democracy.”

The term was used by Milan Krajniak, an adviser to Interior Minister Daniel Lipšic (both from the Christian Democratic Movement, or KDH), who earlier this year presented a map of criminality which divides Roma communities around Slovakia into categories: non-problematic, occasionally problematic, and problematic.

“We consider the cabinet an institution that should be using a unified approach,” Mesežnikov said. “Unfortunately, we see that they are split significantly. And as long as the differences persist, our evaluation will remain critical.”

Despite the fact that in the area of democratic institutions and the rule of law the grade improved in the first half of 2011, mainly due to the improving effectiveness of the most important institutions in the political system, reasons for concern remain, according to the survey’s authors.

“At the end of the monitored period symptoms of widespread institutional confrontation appeared in the political arena in Slovakia,” the barometer report states. “This happened for the first time since 1998 and was connected with the situation around the election of the candidate for the post of general prosecutor.”

Mesežnikov noted that some symptoms of confrontation between institutions were noticeable as early as in late 2010, when a conflict arose between the Supreme Court and two ministries, the Justice Ministry and the Finance Ministry, after Supreme Court president Štefan Harabin refused to let auditors from the Finance Ministry perform a financial audit at the court. That, however, touched only selected institutions and wasn’t considered a widespread problem.

In contrast, the current problems surrounding the appointment of Jozef Čentéš, who was elected by parliament to the post of general prosecutor, do represent a problem which is affecting the whole political system, the authors opined.

“But the failure of the political parties in parliament can by no means serve as an excuse for the inappropriate behaviour of some constitutional functionaries,” Mesežnikov said, referring to the fact that President Gašparovič is continuing to refuse to appoint Čentéš to his post.

“The attitude of the president is extraordinarily inappropriate,” he said.