THE PATH to create tens of thousands of new jobs has now been paved: this is how Labour Minister Jozef Mihál characterised the adoption of one of the most important pieces of legislation pursued by the government in 2011, its amendments to the Labour Code. Prime Minister Iveta Radičová quickly backed her minister’s assessment and added that the amendment, which was still awaiting the signature of Slovak President Ivan Gašparovič as of July 21, could boost employment levels and improve employees’ certainty about their jobs. 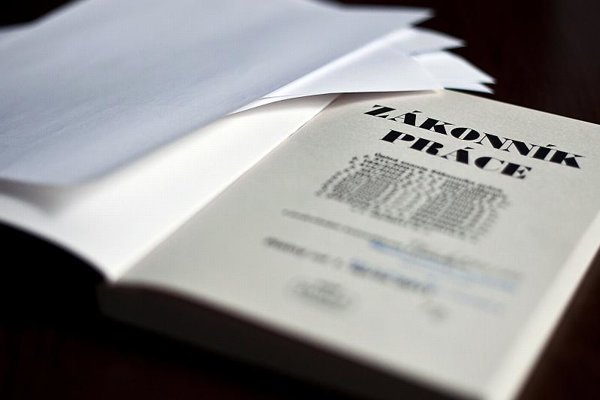 THE PATH to create tens of thousands of new jobs has now been paved: this is how Labour Minister Jozef Mihál characterised the adoption of one of the most important pieces of legislation pursued by the government in 2011, its amendments to the Labour Code. Prime Minister Iveta Radičová quickly backed her minister’s assessment and added that the amendment, which was still awaiting the signature of Slovak President Ivan Gašparovič as of July 21, could boost employment levels and improve employees’ certainty about their jobs.

“The legislation is more accommodating towards employees and their families and it protects those who need it,” Radičová stated, instantly attracting criticism from the head of the opposition Smer party, Robert Fico, who insisted that the changes weaken the legal protection of working people “in times when they have to be protected”.

While associations of employers and one foreign chamber of commerce quickly saluted several positives they see in the new code that will bring more labour market flexibility, Slovakia’s trade union confederation maintained that the previous Labour Code, amended under Fico’s government, should have remained unchanged.

The changes introduced by the amendment to the Labour Code, in a nutshell, include: cancellation of parallel entitlements for a layoff notice period and severance pay; longer periods for fixed-term employment, which now can be agreed for up to three years, with extensions or renewals allowed three times in a three-year period; a longer layoff notification period for employees with long service in the same job; and greater protection for mothers and pregnant women.

The amendment also restricts the voice of a small union within a workplace and sets a 3-percent limit on the profit margin for companies selling meal vouchers.

The revision also removes a restriction on longer overtime hours; eases drawing of compensatory leave; sets lower premium payments for overtime work and allows more night shifts; mandates a longer probationary period for managers; establishes five weeks of annual holiday for employees aged 33 and older; eliminates special advantages held by state managers; and gives the go-ahead for employers to share one work position among two or more employees. Six different minimum salary or wage levels are continued in the Labour Code, based on the nature of the job and its qualifications. The amended code requires that at least 30 percent of employees in a particular firm must be members of a union for it to have the right to negotiate on their behalf.

Robert Kičina, the head of the Business Alliance of Slovakia, agreed with the government that the modifications will help create new jobs.

“It is enough to take a look at countries with [more] flexible labour codes, for example Switzerland, Denmark, Sweden, Great Britain, Australia, and New Zealand and to see that long-term unemployment has been kept at a rather lower level, somewhere around 6 percent,” Kičina told The Slovak Spectator.

Markus Halt of the German-Slovak Chamber of Commerce said that German investors will appreciate the new code and view it as a step in the right direction.

“The new regulation increases flexibility in the labour market that is crucial for attracting foreign investment,” Halt told The Slovak Spectator. “Some of our major requests have been realised, such as making working times more flexible, by providing a long-term legal basis for [working] time accounts, the so-called flexi-accounts that help companies in dealing with fluctuations in their orders.”

Halt praised the abolition of parallel entitlements for advance layoff notification and severance pay, saying it had served as a barrier to employment, as well as the introduction of a statutory basis for non-competition clauses for managers and specialists, a concept that is common in Germany and Austria, as well as in the Czech Republic since last year.

Kičina also listed elimination of the parallel notice period and severance pay as a positive change, along with reducing severance pay after layoffs from 6 months’ salary to a maximum of 3 months’, as well as making layoffs easier when a firm finds itself in financial trouble.

“I also positively assess the weakening of the managerial authority of labour unions, the introduction of the flexi-account, longer probationary periods for managers and more flexible working time,” Kičina told The Slovak Spectator.

Ján Oravec, president of the Entrepreneurs Association of Slovakia (ZPS), told The Slovak Spectator that he evaluates the revision to the Labour Code as a mixture of measures that will moderately increase labour market flexibility in certain areas but also will be accommodating to the needs of employees as well.

“However, the revision to the Labour Code, with its cautious nature, is a disappointment for everyone who had expected that it would contribute to the acceleration of growth in Slovakia’s economy,” Oravec said.

The Federation of Employers' Associations (AZZZ) said it agreed in principle with Mihál’s assessment of job creation, while adding that cancelling the parallel entitlement for layoff notice and severance pay is one of the most beneficial changes, along with shared job positions, more flexibility in fixed-term employment contracts, and extending the use of the flexi-account. But AZZZ believes that preserving a minimum wage in Slovakia might have a negative impact on the business environment.

“In principle, the adopted changes to the Labour Code can be evaluated positively from our point of view; however, the code does not contain all the necessary measures we proposed,” Miriam Špániková, spokeswoman for AZZZ, told The Slovak Spectator, adding that “it could have been more decisive in order to help increase employment”.

In response to Mihál’s assertion of more jobs flowing from adoption of the revised Labour Code, Otto Ewiak, the spokesman for Slovakia’s Confederation of Trade Unions (KOZ), said employment does not hinge exclusively on the provisions of the Labour Code.

“Substantive reasons for the high unemployment rate are the weak enforceability of the law and corruption, as well as the course of public procurement and financial flows in which a negative role is played by firms' secondary insolvency,” Ewiak told The Slovak Spectator. “A shortened [layoff] notice period or multiple fixed-term contracts or other tricks reducing the protection of employees and restricting the rights of trade unions will not solve it [unemployment].”

Ewiak said that permitting an employer to sign repeated fixed-term contracts with an employee does not mean that the employer will boost employment and said it will only cut the employer’s expenses and increase its profit while keeping employees tense.

“The revision to the Labour Code does not create a balanced relationship between an employer and an employee – that is what we are criticising,” Ewiak said, adding that the unions did not want any changes in the law.

Ewiak said the previous code was balanced and the unions sought to protect it from being completely stripped by the government and employers, who he said are now suggesting that the modified law still does not completely suit them.

Though minimum wages have been preserved, Ewiak listed many changes that the unions do not agree with, such as reducing employee rights in the event of mass layoffs and the multiple signing of fixed-term contracts. The end of parallel entitlement to layoff notice and severance pay and what KOZ calls more limited protection of employees during layoffs are on the confederation’s black list.

“The increased number of weekly work hours and the required overtime work is at odds with balancing work and family life and also has a negative impact on employment,” Ewiak stated.

Ewiak said the changes in the Labour Code will increase employers’ flexibility but do so at the expense of employees’ security.

“The measures that limit the rights of unions are unacceptable,” Ewiak added.

He believes the new requirement that a union must prove that at least 30 percent of employees in any workplace are members is at odds with Slovakia’s constitution and KOZ views it as an unjustified limitation on unions’ activities.

Ewiak told The Slovak Spectator that the unions have asked President Gašparovič not to sign the bill into law and have also requested MPs to challenge the legislation before the Constitutional Court. KOZ has also written to the International Labour Organization and to the European Trade Confederation, requesting assistance from them.

Halt of the German-Slovak Chamber of Commerce sees room for some additional changes in the labour law.

“The government could have gone a step further, as some unfriendly rigidity remains in the labour market,” Halt stated.

Halt noted that Slovakia’s Labour Code does not permit termination of employees when they reach pensionable age, adding that in Germany and Austria an employment contract automatically ends at that time, arguing that not mandating this in Slovakia hinders the employment opportunities of younger employees.

“Wage compensation that courts can order is too high under the new rules, too,” Halt said. “Due to the long [legal] proceedings in Slovakia this may lead to unjustifiably high severance payments in practice.”

While Halt noted that the declared aim of the changes was to make the labour market more flexible and to reduce costs for employers so as to stimulate employment, he sees some contradictions in the amendment.

“It seems questionable, however, as at the same time these cost reductions are partially offset by increasing the holiday entitlement for younger employees and tightening the minimum wage requirements,” Halt stated.

Kičina identified the multiple minimum wage levels as a hurdle to business, viewing it as a needless complication in hiring qualified employees.

“In developed EU countries there is only a basic minimum wage and everything else is defined by the demand and supply in the labour market, which is better suited to determine wages than a legislator,” Kičina told The Slovak Spectator.

Oravec as well is critical of the six different minimum wage levels and noted that ending this was one of the 16 demands by employers that were accepted by the government but that parliament refused to approve this change.

“We do not expect further change to the Labour Code in this election term, thus the room for its further improvement is minimal,” Oravec told The Slovak Spectator, adding that other changes are still possible through modifications of other labour-related legislation such as workplace safety and health regulations.