INALFA Roof Systems, Semecs, and Van Doren Engineers: these are just three of the significant investments that Dutch companies made in Slovakia last year, confirming that in spite of the economic downturn Dutch investors continue to view the country as a place with great business opportunities due to its central location, its membership in the European Union and its relatively low wages. 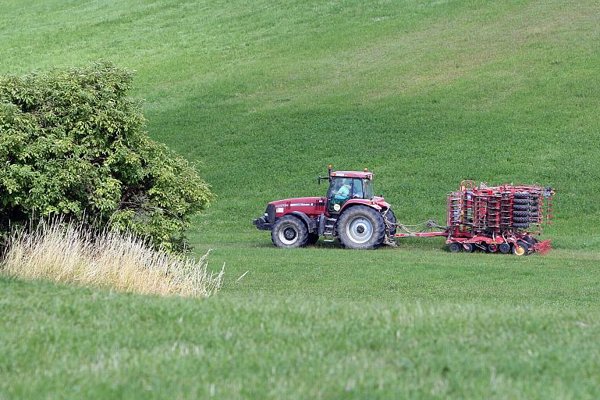 INALFA Roof Systems, Semecs, and Van Doren Engineers: these are just three of the significant investments that Dutch companies made in Slovakia last year, confirming that in spite of the economic downturn Dutch investors continue to view the country as a place with great business opportunities due to its central location, its membership in the European Union and its relatively low wages.

“Economic cooperation between the Netherlands and Slovakia remains at a very high level,” Yvette Daoud, a counsellor from the trade department of the Royal Netherlands Embassy in Bratislava, told The Slovak Spectator.

Richard Kellner, the vice president of the Netherlands Chamber of Commerce in Slovakia, also confirmed the thriving cooperation in economic affairs and added that firms from the Netherlands continue to be large investors in Slovakia.

“The strong position of Dutch investors was even more visible in the course of 2010, when foreign direct investment (FDI) of Dutch origin represented more than half of all FDI coming to the country,” Kellner told The Slovak Spectator.

In citing data from the FDI Intelligence Unit of The Financial Times, Kellner noted that capital expenditures by Dutch companies in Slovakia totalled $ 1.405 billion between 2003 and 2010. Dutch investors accounted for 4.72 percent of total investments in Slovakia during this period and in 2010 the Dutch share of total investment was 58.4 percent. Kellner reported that 6,864 jobs had been created between 2003 and 2010.

Even though the interest of Dutch companies in investing in Slovakia is now lower than before the economic crisis, Daoud said Slovakia remains an interesting site for Dutch investors.

“Labour costs are still very competitive with respect to costs in the Netherlands and production is made within the EU, avoiding other costs,” Daoud stated. “Many Dutch companies have moved production to Slovakia and then export the product back to the Netherlands. The trade balance is therefore much to the advantage of Slovakia.”

Kellner added that the reasons that applied before the crisis – such as proximity to markets and customers and a low-cost base in Slovakia – continue to play an important role in 2011.

“Historically, Dutch investments have been directed into a broad range of industries, from pure manufacturing to retail and financial services,” Kellner said, adding that his chamber sees new opportunities particularly in several fields that require further advancement in Slovakia, such as clean energy, ICT, business services and R&D.

Daoud noted that all kinds of industrial production are of interest to Dutch companies, adding that in other sectors Dutch firms are seeking cooperation with Slovakia on water management, especially with regard to flooding, and energy management, including renewable energies, reduction of carbon dioxide in the environment and low-energy types of buildings.

The Dutch embassy also has said that the Netherlands is very interested in collaborating with the Slovak government and businesses in the area of corporate social responsibility (CSR).

“This fall a workshop [on CSR] will be organised for officials at ministries and businesses,” Daoud said. She added that the embassy is also preparing an exhibition about Dutch design in recyclable packaging. “It will combine our interests in design, in environmentally-friendly products, and in corporate social responsibility.”

The Slovak Investment and Trade Development Agency (SARIO) is also positive about the prospects for further Dutch investment.

“We see prospects in the sector of industrial production but as well in the service sector and especially in launching shared service centres,” SARIO’s spokesperson, Richard Dírer, told The Slovak Spectator, adding that Dutch investors have thus far been particularly active in the automotive and electro-technical industries and metal processing in Slovakia. “At the current time we are working on five Dutch projects with a total investment of €403 million which have the potential to create more than 2,500 new jobs. These are projects in industrial production as well as in services.”

SARIO has so far assisted Dutch companies in establishing 13 successful projects in Slovakia, including Leaf, Semecs and Inalfa Roof Systems. These investments amounted to €203 million and had the potential to create 2,500 to 3,500 jobs.

Daoud also noted the importance of the investment by Inalfa Roof Systems. As the TASR newswire reported in May, the Dutch company came to the village of Krakovany, near Piešťany in western Slovakia, last August and four months later, in December 2010, it launched production. Investment into the new plant exceeded €2 million and after reaching full production it should employ 120 people, the SITA newswire wrote.

“They assemble highly-advanced sunroofs for trucks and cars of all companies,” Daoud said. “It is a very innovative company that has not hesitated to change its products to match developments in the market. Almost 70 years ago the company started producing knitting needles and stoves; now they are market leaders in sunroofs. Innovative companies like these are wonderful assets to the economy of any country.”

Many representatives of the business community have expected positive changes in the business environment since the government of Iveta Radičová took power last year and this is the case for the Dutch business community as well. According to Daoud, Dutch firms appreciate the government’s efforts to increase transparency and improve the business environment, noting that changes in the judicial sector are particularly desired as well as more flexibility in the labour market.

Kellner noted that Dutch entrepreneurs are primarily concerned about four issues: enforceability of the law, a stable legal framework, a more flexible Labour Code, and a reduction in regulatory and administrative burdens.

“Although we positively perceive the efforts of the current government, these four areas still continue to offer room for further changes,” said Kellner.

Daoud also commented that the government’s extension of a ban on foreigners purchasing Slovak farmland until 2014 has not pleased Dutch business interests.

“The Netherlands was disappointed that the Slovak government, despite promises it made, decided at the last moment to extend the ban,” Daoud said. “Several companies that were interested in investing in Slovakia were deterred for this reason.”