ECONOMIC and trade relations between Great Britain and Slovakia are strong and thriving. There are a number of British investors already well established in Slovakia and others are eying opportunities here: experts evaluate mutual economic cooperation as sound, with prospects for further growth. 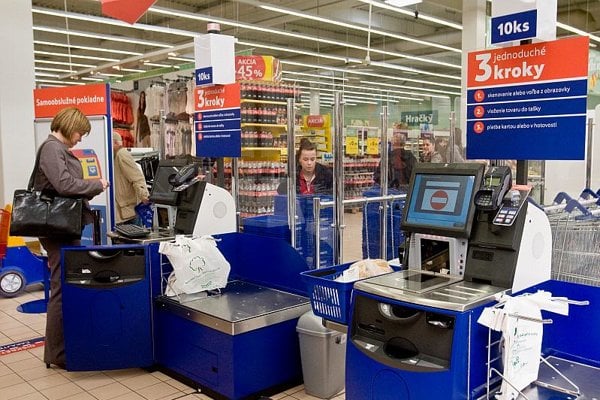 ECONOMIC and trade relations between Great Britain and Slovakia are strong and thriving. There are a number of British investors already well established in Slovakia and others are eying opportunities here: experts evaluate mutual economic cooperation as sound, with prospects for further growth.

“Trade relations between Slovakia and Britain are very good,” Peter Repka, head of the trade and investment department at the British Embassy in Bratislava, told The Slovak Spectator. “According to British statistics, bilateral trade in goods exceeded GBP2 billion in 2010 – an impressive achievement from both ends, considering the impacts of the global crisis.”

According to Repka, British exports to Slovakia grew by 22 percent compared to 2009. He specified that advanced engineering and automotive, electronic machinery and appliances, telecommunication equipment and metallurgical products are the goods most traded between the two countries.

Slovakia continues to export approximately twice as much to the UK as the UK exports to Slovakia, according to the British Chamber of Commerce in Slovakia. However, the 2010 figures are significantly lower than the €2.3 billion of exports to the UK achieved annually during 2007 and 2008.

“One factor has to be the decrease in the value of sterling; we know of cases where manufacturing companies had taken fixed price contracts in sterling and it was cheaper to pay the penalties for non-delivery rather than manufacture the product,” John Barter, chairman of the British Chamber of Commerce in Slovakia, told The Slovak Spectator. “Luckily, in most cases the Slovak companies were able to re-negotiate their contracts so that they could deliver, but what has become clear is that because of the devaluation of sterling it is more difficult for Slovak companies to be competitive in the UK market.”

According to Barter, the chamber knows of Slovak companies that have taken advantage of the economic crisis to re-organise in order to significantly increase their productivity and competitiveness. These companies are now stronger, more efficient and able to compete worldwide.

“Regarding our expectations of the future, one can predict that if the Slovak economy continues to grow then the UK will see many opportunities as the service sector develops, but we all have to be vigilant and recognise that the eurozone faces many challenges over the next three years,” said Barter.

Repka would like to see further growth in this and coming years but, according to him, the current debt situation in the USA is very likely to have an impact on European trade relations as well.

“The interest of British investors and entrepreneurs in Slovakia is relatively high with regards to the number of inquiries our agency records,” said Richard Dírer, spokesperson for the Slovak Investment and Trade Development Agency (SARIO), adding that British companies regularly enquire about Slovakia and opportunities to make investments here.

With regards to the activities SARIO carries out to attract British investments to Slovakia, Dírer specified that the agency regularly presents its activities and the opportunities to invest in Slovakia via its own investment seminars.

One such seminar took place in Cardiff in October 2010. It was organised by the trade counsellor of the Slovak Republic in Great Britain, Vladimír Kumičák, in cooperation with Slovakia’s honorary consul in Wales, Nigel Payne. The seminar was attended by 60 companies from Wales who showed great interest in Slovakia, according to SARIO. Its presentation focused on introducing Slovakia as a country that has a greater interest than in the past in direct foreign investment in high-tech industries with a higher added value, and in research and development.

Barter and Repka confirmed that Slovakia remains attractive to UK investors and visitors.

“Everyone I have hosted in Slovakia enjoys Bratislava and falls in love with the country,” said Barter. “The central location serviced by Bratislava and Vienna airports gives Slovakia significant advantages over its neighbours. The current motorway-building programme is already having an impact and the railway infrastructure modernisation will be of equal importance.”

However, Repka admitted that the economic downturn has affected trade and investment relations between the two countries.

“British investors are a bit cautious about expanding their businesses, not only in Slovakia but in Europe as such. We would love to see more manufacturing investors coming in,” said Repka. “On the other hand, a report compiled by the British government agency for trade and investment in August 2010 shows that some 24 percent of UK companies consider the central and eastern European region in general as a favoured market for exporting in the future.”

In terms of Slovakia’s advantages, British investors first list the tax system, the country’s location and its relatively flexible Labour Code, according to Barter. Repka also listed the country’s return to economic growth, its 19-percent income tax and the improving transport infrastructure.

With regards to the advantages which investors see in Slovakia, Barter said he believes that many of the perceived barriers are being removed and British businessmen have the advantages of being EU citizens.

“Certainly, there are frustrations over the time it can take for state institutions to approve paperwork, and we are confident that this will improve," he said.

Repka further stressed that Bratislava is a centre for many international companies, and a high number of expatriate citizens live here. He added, citing Eurostat data, that although the countries of central and eastern Europe are yet to reach the economic level (GDP per capita) of western European members, the greatest shift in the past 10 years was reported by Slovakia, which jumped from 50 percent of the EU average in 2000 to 74 percent in 2010.

With regards to disadvantages, Repka pointed out that despite Slovakia’s relatively high unemployment, the availability (in some regions) and skills of the labour force have started to become a problem, and that some investors are concerned about the public procurement system and tenders.

“There has been a lot of improvement recently but there is still some way to go,” Repka said.

Dírer listed the sectors that are most interesting for British investors as being the automotive and electro-technical industries, but also mentioned shared services. Repka said the security sector (i.e. companies like G4S), education, as well as climate change and low-carbon recovery all have potential for further cooperation.

“The security sector is gaining momentum, because of the increasing interest and demand from Slovak organisations and companies and the existing excellence, expertise and know-how at the British end,” Repka said. “The education sector is also very interesting as, after the temporary decline of demand after the crisis, there is a renewed interest in Slovakia for various management training and other education services.”

Tesco Stores Slovakia, with its 100 stores across the country, is the largest British investor here, according to Repka. It is Slovakia’s largest retailer and ranks in the top five private employers, with over 8,800 staff.

“But few people recognise that Slovak Health Spa in Piešťany and in Smrdáky is ultimately a British investment,” Repka said, pointing out that Piešťany Spa employs over 1,200 people. “The security provider G4S is another major investor.”

There are also many companies that have not invested in manufacturing but are key players in the market via trading, franchising or provision of services. These include companies in the defence, pharmaceuticals, nuclear-environmental, oil and gas, ICT, and advanced engineering sectors, according to Repka.

But it is not possible to say precisely how many British companies are in Slovakia.

“Not every British company in Slovakia registers with us,” said Repka. “We are aware of over one hundred businesses with some kind of British ownership but there surely are many more.”

Repka sees one problem in identifying these as being the multinational character of many firms, while another issue is the lack of a reliable resource listing all foreign-owned entities.

“But we can say that we have seen very few, if any, British investors leaving the country and many more coming in or expanding their businesses,” he said.

Repka added that a new British investor, Freeport, is due to open an outlet centre in spring 2012 near Bratislava. The completed project will cover an area of 200,000 square metres, with over 100 retail and restaurant units. The development will comprise three separate phases, with phase one creating over 60 retail outlets.