IN THE few months before my arrival to take up this position in September 2008, the onset of recession in tandem with our initial rejection of the Lisbon Treaty began to cloud the bright image Ireland had enjoyed in Slovakia and in the EU generally. Worse was to come for Ireland as an unprecedented banking and economic crisis took hold and bank debt morphed into sovereign debt. 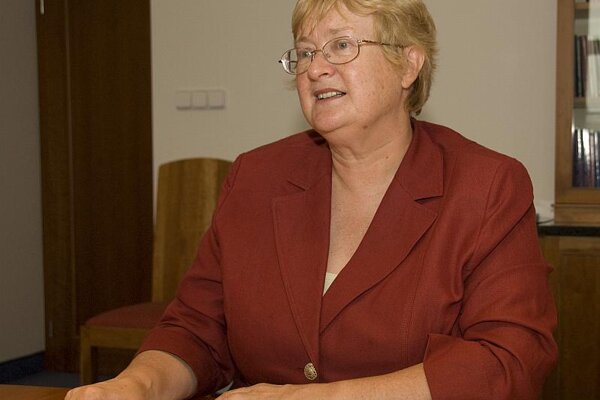 IN THE few months before my arrival to take up this position in September 2008, the onset of recession in tandem with our initial rejection of the Lisbon Treaty began to cloud the bright image Ireland had enjoyed in Slovakia and in the EU generally. Worse was to come for Ireland as an unprecedented banking and economic crisis took hold and bank debt morphed into sovereign debt.

Slovakia’s negative growth of 2009 was rapidly reversed as international trade rebounded. Ireland’s difficulties – both home-grown and global in their making – continue to challenge us. Budget adjustments equivalent to over 13 percent of GDP have been implemented since 2008 and, after three years of contraction, the economy has returned to growth. Ireland is meeting all of the targets agreed with our funding partners in the EU and IMF and the new government is determined to use its unprecedented mandate to bring the deficit down below 3 percent of GDP by 2015. In July, the eurozone leaders put in place more favourable financing terms for countries such as Ireland in order to facilitate our return to the markets at the end of our funding programme. We are confident that these new financing terms will underpin Ireland’s debt sustainability, investor confidence and the recovery of the economy.

To promote Ireland’s interests and burnish its reputation in Slovakia in these circumstances, the embassy has had to show the Slovak authorities, particularly those inputting to debate in Brussels, that Ireland has the political will and the capacity, with appropriate support, to turn its problems around. In communicating the scale of our problems and the series of tough corrections made by our government since 2008, I have tried also to convey a more rounded picture. In Bratislava as elsewhere, a key Irish message has been that our economy has over several decades built strengths we are determined to preserve and deploy: attractiveness to FDI in high value-added sectors, a broad-based and diversified export sector, entrepreneurial flair, collaboration between industry, academia and government, a developing reputation for innovation and science: Dublin will be the European City of Science next year. As our economy recovers competitiveness, these strengths are showing more clearly. Export performance last year was both strong and broad-based: Irish exports grew by over 9 percent. We secured 126 foreign direct investments in 2010, including a 20-percent rise in the number of companies investing in Ireland for the first time. The World Bank ranks Ireland among the top 10 countries in the world for ease of doing business.

At annual business events organised by Enterprise Ireland, the same message was passed to Irish companies already doing business in Slovakia or looking to enter the Slovak market and to their Slovak partners, actual and potential. It was passed to newspaper editors and economic analysts, to university students, to the Irish Chamber of Commerce and the wider Irish community in Slovakia; even the International Women’s Club of Bratislava was not spared. So salient is the economic message in the embassy’s priorities that our cultural contacts also become seized of it.

In the past three years, a number of happy accidents were turned into opportunities to project Irish film and literature in Slovakia and to access networks we would not otherwise encounter.

I think gratefully of contacts made in connection with the screening of Irish and Czech-Slovak-Irish films at the 2009 Inakosť and Bratislava Film Festivals, respectively; of parlaying modest participation in the 2010 Bibiana Festival of Animation Films into what will, I hope, be a larger Irish involvement in the October 2012 Festival; of how glimpses into the worlds of publishing, literary translation and literary studies – in connection with the publication in Slovak of works by prizewinning Irish novelists Sebastian Barry (2010) and John Boyne (2011) – contain the germ of future collaborations; of the satisfaction of positively acknowledging a tiny Slovak theatre company which for years has produced plays by Irish dramatists.

In supporting and engaging enthusiastically with the Slovak initiators of such projects, the embassy enlarges their reach, facilitates links with Irish counterparts and nurtures appreciation of key aspects of Ireland’s impressive (non-commercial) cultural achievement. Our Slovak cultural contacts know that the arts have continued to thrive in Ireland and that they contribute powerfully to national pride and resilience.

One incalculable asset the embassy has in promoting Ireland in Slovakia is the number of Slovaks who, since 2004, live, work and improve their English in our country before, in some cases, putting the gains to work back home.

On a much smaller scale, young Irish people test the waters in Slovakia; some go on to make their lives here. A respectful mutual awareness is developing and there is some potential for collaboration. A display of scenes from Ireland as envisioned by Slovak amateur photographers was one element of the Irish Chamber of Commerce’s St Patrick’s Day Festival at Eurovea this year. I would like to think that dramatic scenes of sea and sky will have prompted Slovaks who have still to visit their family members to make that trip. Queen Elizabeth and President Obama gave every appearance of enjoying Irish fare and the Irish welcome. And there has never been a better time to visit Ireland.