EVEN though the global financial and economic crisis did affect business relations between Ireland and Slovakia, bilateral trade so far this year has been showing significant growth at both ends. And Irish entrepreneurs are aware of the advantages Slovakia, as a eurozone member in the centre of Europe, enjoys – and the potential this means for doing business. All these factors mean Slovakia remains an interesting target for Irish investors. 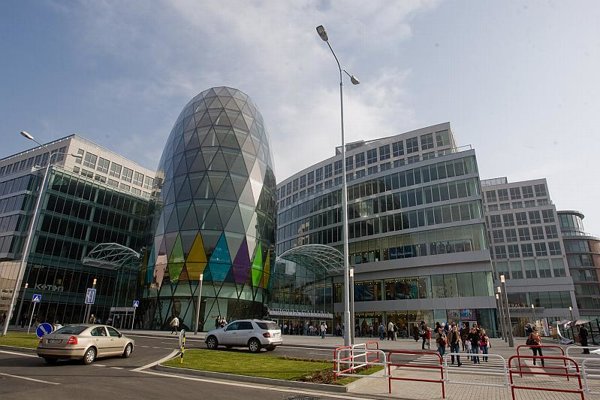 EVEN though the global financial and economic crisis did affect business relations between Ireland and Slovakia, bilateral trade so far this year has been showing significant growth at both ends. And Irish entrepreneurs are aware of the advantages Slovakia, as a eurozone member in the centre of Europe, enjoys – and the potential this means for doing business. All these factors mean Slovakia remains an interesting target for Irish investors.

“The financial crisis certainly had a negative impact on trade between Slovakia and Ireland,” Ladislav Müller, the director of the Enterprise Ireland office for Bulgaria, the Czech Republic, Hungary, Romania and Slovakia, told The Slovak Spectator. “However, this year seems to be very different. Exports from Ireland have grown by nearly 20 percent in the first five months of 2011 and reached €66.5 million. Slovak exports have increased even more significantly, by 70 percent to €31.5 million.”

Enterprise Ireland regards Slovakia as a developed, stable and enterprising economy with many advantages.

“Slovakia has a very favourable business environment and its eurozone membership provides quite a distinct advantage,” said Müller. “Exchange rate stability is an enormous bonus point and a single currency simplifies and promotes trade within the eurozone bloc. Slovakia has a strategic location, well-educated workforce and is the only member of the eurozone in central Europe. Irish companies are very aware of the potential for doing business in Slovakia.”

On the other hand, Ireland also continues to attract young Slovaks as they can gain valuable experience in Irish companies, which value their contribution highly.

According to Müller, Ireland has traditionally traded and invested very strongly with established partners such as the United Kingdom and the United States of America. In today’s globalised world however, companies cannot afford to focus their attentions narrowly.


“Part of Enterprise Ireland’s strategic focus is to help Irish business to diversify its trading base and find new customers in new markets,” said Müller. “We have had a particular drive on securing the opportunities which are available in Europe, including the central European region where Slovakia represents a strategic starting point and base for expansion to Poland, the Czech Republic, Austria and Hungary. Unless we experience another external economic shock, my expectations of future business developments are very positive.”

The Slovak Investment and Trade Development Agency (SARIO) registers interest from Irish investors and entrepreneurs in Slovakia. It is currently working on one Irish project, spokesperson Richard Dírer told The Slovak Spectator.

So far SARIO has completed three projects with Irish investors. These have brought in aggregate investments of €2.2 million and created between 100 and 155 jobs. According to data from the National Bank of Slovakia, the inflow of foreign direct investment from Ireland totalled €4.87 million up to the end of 2009.

However, there were no substantial direct investments from Ireland into Slovakia during 2009 and this has not changed significantly since then.

“Investment flows are always lagging behind trade and this is the case in 2010 and 2011,” Müller explained. “Irish indigenous companies were largely focused on regaining competitiveness lost during the boom years and also searching for new markets.”

Müller cited the European Commission’s Report on Economic Adjustment Programme for Ireland, according to which prices fell by 1.5 percent, unit labour costs fell by 5.5 percent, while labour productivity grew by 4 percent in 2010.

“One of the pleasing aspects of the current business environment is that Enterprise Ireland client companies are continuing to invest in R&D,” Müller said. “In 2009 Irish-owned businesses spent over half a billion euros – €563 million – on R&D. Irish-owned businesses are expected to have spent almost €600 million – an increase of 6 percent – on R&D in 2010, despite the impact of the recession.”

Enterprise Ireland has implemented a range of initiatives to help companies with their competitiveness. ‘Lean’ business practices are a well-recognised set of principles which can be implemented in a business to reduce waste, minimise costs, and generally improve the operations side of a company’s business.

“We have had some significant success with this programme, with companies reducing their cost of sales by between 15 and 20 percent,” said Müller. “As a consequence, many Irish companies have been focusing on investments in their current place of business and have postponed decisions and plans for overseas expansion.”

Another factor is companies’ access to bank credit, something which remains a challenge.

“However we are currently witnessing a growing number of companies setting up regional sales offices in Slovakia and concluding partnerships with Slovak enterprises,” said Müller.

The best-known companies with Irish capital or roots that are active in Slovakia include Ballymore, which is behind the Eurovea development in Bratislava, and Ryanair. In the production sector are Odenberg Engineering and Silcotec Europe, and in HR CPL Jobs and Grafton Recruitment have a strong presence.

According to Müller, in terms of sectors Irish companies are very strong in information technology, life sciences, medical devices and construction services. At the same time Irish companies are usually smaller in size and are interested in markets where the presence of large multinationals provides supply opportunities. Their products and services are valuable parts of the supply chain, rather than end-users.

“Irish companies like to work in partnerships with domestic, home-grown companies to tap into opportunities in their region,” said Müller. “This often represents a challenge because Slovakia has so far focused mainly on attracting large multinationals rather than on fostering its own cohort of internationally competitive SMEs.”

Müller does not see any significant barriers to doing business in Slovakia but he pointed out that the infrastructure may be a challenge in some parts of Slovakia, as well as the smaller pool of potential indigenous joint-venture partners.

The Irish Chamber of Commerce

Back in March 2009 the Irish Chamber of Commerce in Slovakia was established with the aim of promoting the growing links between the Slovak and Irish business communities. It offers support mainly by providing networking opportunities and events.

“The Irish Chamber of Commerce in Slovakia has become increasingly dynamic and forward-looking; the main benefit that attracts more and more members is our focus on providing innovative social networking opportunities,” Eszter Redmond, the executive director of the Irish Chamber of Commerce in Slovakia, told The Slovak Spectator. “Through our various social and cultural activities we ensure that there is also a fun factor, with an emphasis on creating close networks among the Irish and local community working and living in Slovakia.”