THE BRITISH Council is certainly one institution that can give a helping hand to Slovakia’s education system as it faces a very ambitious target: to extend compulsory English tuition throughout the system and, in the process, address the challenge of a lack of English-language teachers. However, the outgoing head of the British Council in Slovakia, Andrew Spells, and his successor Alena Rebrová say that this is only one aspect of the council’s activities here. The Slovak Spectator spoke to Spells and Rebrová about the mission and activities of the council. 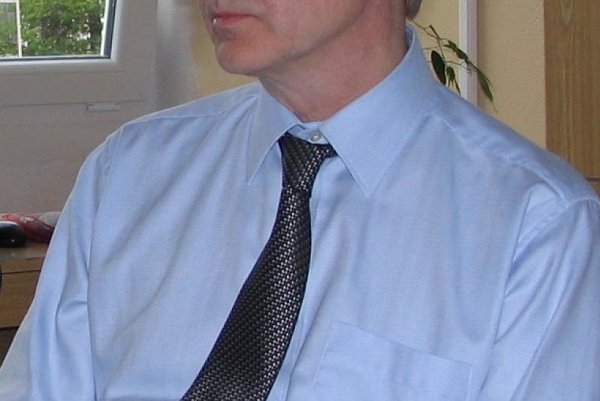 THE BRITISH Council is certainly one institution that can give a helping hand to Slovakia’s education system as it faces a very ambitious target: to extend compulsory English tuition throughout the system and, in the process, address the challenge of a lack of English-language teachers. However, the outgoing head of the British Council in Slovakia, Andrew Spells, and his successor Alena Rebrová say that this is only one aspect of the council’s activities here. The Slovak Spectator spoke to Spells and Rebrová about the mission and activities of the council.

The Slovak Spectator (TSS): What is the British Council’s main mission here and what activities do you offer to the public?
Andrew Spells (AS): The British Council in this country has three main areas of operation: one is teaching English; the second is access to British exams throughout Slovakia – general English-language exams but also professional exams, and exams that British universities might send forth to students in Slovakia; the third area is what we generally refer to as “projects”, and at the moment we have a number of projects, primarily in arts, education and society, and in English.

We have been discussing where we think we can achieve the most impact – for Slovakia and of course for the UK, too. We are really not interested in putting on a musical cycle for the sake of it: we always try to go deeper than that; to provide some lasting value. Through looking at what we’ve done in the past, and learning from that experience, we’ve now arrived at a point where we’ve got a more focused and hopefully more relevant range of projects running here.

TSS: There have been a lot of changes in Slovakia within the education sector. How is the British Council involved in educational projects?
AS: We are always trying to work closely with partner organisations, be they ministries, non-governmental organisations, or some local institutions. One of the two main areas at the moment is support for teachers of English. Recognising that the Slovak [Education] ministry is seeking to extend compulsory teaching of English down through the system, and that there is a shortage of English-language teachers, we are responding to the situation: with the support of the Education Ministry, we ran a conference in June for teachers of English across Slovakia, and the response was better than we expected. A future conference is being considered.

Another area where we are trying to support teachers of English in Slovak schools is by providing access to a range of materials that the British Council has corporately developed and made available around the world. Some of them are available online, some of them through face-to-face training. Many of them are freely available, and we’ve been working with the ministry to promote those and make them available to teachers. We’ve also been working with the ministry on accreditation of some of the modules for face-to-face training. They are generally short courses on specific areas like use of technology in the classroom, or courses aimed particularly at teachers of primary-school-aged children. The courses are quite focused, and that makes them more accessible.

TSS: What projects and services do you provide to those wanting to learn English?
AS: There is an extensive British Council website called LearnEnglish which is full of resources that anybody can access. We are also running a project called Connecting the Classrooms, which connects classrooms from schools in Slovakia with schools in the UK and in other countries around Europe. There are already a number of straightforward links between schools; we’re trying to enrich that by bringing in other countries, e.g. schools in Germany and Serbia. And we’ve also tried to encourage them to work not just with the first issues, like what are your Christmas traditions or what is your typical food, but to focus more on thinking about the place of the school in the local community, where it is physically situated. I think what is really good about this project is that we encourage students themselves to take the lead. The project is not teacher-led, although teachers are obviously involved.

Alena Rebrová (AR): Most participants are secondary grammar schools, but there are also vocational schools. A smaller part is formed by the last years of primary schools. The age of participants is 14-plus.

TSS: In the area of projects, and more specifically in the area of creative industries, what is the main focus of your organisation?
AS: Moving on to the arts, as I said before, we’re not really interested in one-off performances or events; we rather try to find ways to support and encourage growth of the arts in Slovakia and links to the UK. The creative industries is the area we are focusing on mainly now since these cover things like film and television, fashion, crafts, architecture, computer games; quite a wide range of areas. We were aware that the Slovak Culture Ministry was thinking about supporting creative industries, so we have already worked with them very successfully on a project to set up a portal providing information about arts and culture and heritage in Slovakia called Slovakia Cultural Profile. It’s in English and in Slovak and about a million people a year look at the website.

A couple of months ago we brought here the former minister of culture in the UK, Lord Chris Smith, who was responsible for all this initial work in the UK, to raise the profile of creative industries and promote them. We agreed that we would help and work with the ministry to start off by mapping the creative industries in Slovakia, because you need to know what exists now, before you start developing. We would also like to find opportunities to bring out UK experts. Mark Sands, who is director of audiences and media at the Tate Gallery, is coming here in October to coincide with the Bratislava Art Festival and he will be talking about the Tate Gallery’s experience with different ways of attracting audiences – and talking about support for small galleries as well.

AR: We are bringing a Sheffield Theatre group to Nitra and Košice: to Nitra to the Divadelná Nitra theatre festival in September. Its comic-like, scary and funny drama is staged in an innovative way which our experts in Edinburgh identified as something interesting – and so far the group has never been to Slovakia.

AS: In the creative economy, another way in which we are trying to stimulate interest is through a competition for young, creative entrepreneurs which we’ve run for three years. This year’s leitmotif is design and fashion: it is called the International Young Creative Design and Fashion Entrepreneur Award and it’s a great way of promoting creative industries. We invite entries, we establish a local panel with our partners to judge entries, and then eventually a winner for Slovakia is identified. Then there is a final in the UK where the winner of each of the countries involved presents their work, and eventually there is an overall global winner. But it’s not just about who wins and who doesn’t; it’s a way of promoting interest in creative industries and providing a chance to meet professionals.

AR: The idea of the competition is not to find the best designer, but rather the best entrepreneur among designers, and to make the best business plan and succeed with it.

TSS: Do your projects work in both ways, i.e. for the UK too?
AS: Most of them have an element where somebody with a project may have a chance to go to the UK, or will meet with people from the UK. There is already, I guess, quite a strong relationship between Slovakia and the UK; so perhaps you might argue there isn’t the same need to provide a lot of opportunities for Slovaks to go to the UK. But within the projects we try to make sure that the people involved are in contact with people in the UK who work in the same field and have th