IT IS NOT much of an exaggeration to say that televised images of Japan’s Fukushima nuclear disaster were among the first thoughts in the minds of residents of villages around Slovakia’s nuclear power plant in Jaslovské Bohunice after the sounding of a ‘sharp’ alarm interrupted their peaceful mid-August evening. It turned out that it was a false alarm but it revealed a disturbing fact: nearly no one – especially local government officials – received timely, official information. 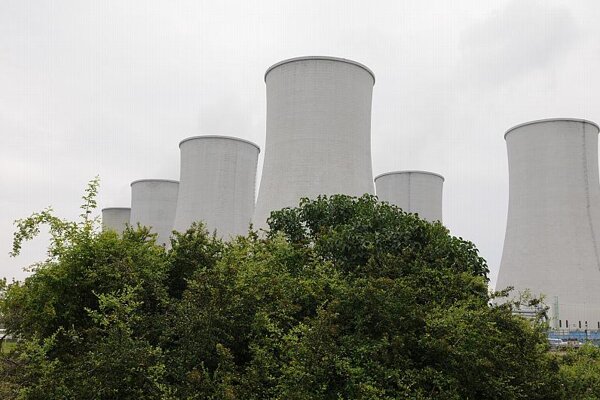 IT IS NOT much of an exaggeration to say that televised images of Japan’s Fukushima nuclear disaster were among the first thoughts in the minds of residents of villages around Slovakia’s nuclear power plant in Jaslovské Bohunice after the sounding of a ‘sharp’ alarm interrupted their peaceful mid-August evening. It turned out that it was a false alarm but it revealed a disturbing fact: nearly no one – especially local government officials – received timely, official information.

An interrupted alarm, known as a ‘sharp’ alarm, sounded throughout the region surrounding the Jaslovské Bohunice power plant for a minute at about 16:40 on August 17, 2011.

“I was at home and I ran out to the street,” Miroslav Remenár, the mayor of Radošovce, a village about 3 kilometres from the power plant, told The Slovak Spectator. People living in the plant’s surroundings are accustomed to a two-minute-long constant tone of a testing alarm that sounds once a month, always on a Friday. But August 17 was a Wednesday and the sound was an interrupted one, a sharp alarm, indicating that something had happened at the nuclear power plant.

Slovenské Elektrárne, the operator of the power plant, later stated that its V2 nuclear reactor was operating normally and the facility’s accident warning system had not been activated – the alarm was from a new electronic siren system under construction and it had been set off due to a mistake by a worker employed by Košice-based Telegrafia, the company installing the system, as he was configuring the system’s software.

“I ran to my office where I have all the phone numbers and contacts and I was trying to call someone,” Remenár said in describing his actions in the first minutes following the alarm. He called the police but they were not able to provide any information. Nobody answered the phone in the power plant’s office in charge of civil protection, Remenár added.

“Then I called my friend who works at the power plant and it was him who gave me the first information that most likely nothing had happened,” Remenár said. With this unofficial information, he consulted via telephone with mayors from the nearby villages of Žlkovce and Madunice who were going through similar tribulations in an attempt to get official information they could pass on to their citizens.

“It’s a shame that we should be calling each other this way,” Remenár stated, adding that instructions about what to do came neither from the power plant nor from the civil protection office of the Trnava Borough Office, covering the districts of Trnava and Hlohovec, on that day.

“They are obliged to do so according to the law, and they did not do it, or actually did it but late, only more than 30 minutes after [the alarm sounded],” Klokner told The Slovak Spectator, adding that the civil protection office was not able to take further action before receiving the official information.

His office, according to Klokner, was making efforts to get any kind of information, even via unofficial channels, like the mayors in the region were doing. But he said his office’s attempts to contact the power plant failed, adding that it was not possible to reach the facility by telephone.

“We did realise that not all the conditions [for an actual alarm] were fulfilled since the alarm only lasted a minute instead of the usual two minutes and information [from the company] did not come simultaneously with the alarm as it is supposed to, according to the accident plan of the power plant,” Klokner stated, adding that unofficially they believed it to be a false alarm about 10 minutes after it sounded but that further information was not officially provided to his office until later.

Slovenské Elektrárne claims that it immediately informed Slovakia’s Nuclear Regulatory Authority and the Civic Information Commission Bohunice – composed of mayors of some of the surrounding villages, representatives of Slovenské Elektrárne and JAVYS (Slovakia’s Nuclear and Decommissioning Company) – as well as the civil protection offices of regional authorities, the Interior Ministry and the media.

No news is good news?

In case of a so-called sharp alarm, sirens are one of three systems of communication, supplemented by the ‘Hados’ system of communication consisting of special receivers at municipal offices and at mayors’ homes as well as notification via cell phones or landlines.

“There are clear rules that all mayors must know well, requiring that the signal about the occurrence of an accident in a nuclear facility is transmitted to mayors via three channels: cell phone, Hados, and a two-minute-long siren,” Slovenské Elektrárne wrote in a statement, adding that these channels were not used on August 17 because there was no accident at the nuclear facility.

But the fact that their Hados receivers remained silent and no warning arrived via a telephone call or a text message was not enough for mayors in the vicinity to rest assured that no nuclear accident was happening in their communities. Several mayors told The Slovak Spectator they did not dare announce information to their citizens that nothing serious was occurring without having first-hand, official information. Tibor Stanko, the mayor of Žlkovce – located just five kilometres from the power plant – received no information until he found a short announcement on Slovenské Elektrárne’s website more than an hour after the alarm went off. Only then did he make an announcement via the village’s announcement system.

By that time the national media had begun informing about the alarm on their news programmes as well.

Stanko and Remenár both complained to The Slovak Spectator about the lack of official information addressed directly to them. Remenár said that although the head of the Trnava Borough Office made a statement, no information had been sent directly to the mayors.

“They [the office] have our phone numbers and also at the power plant [they have them],” Remenár said. “What would have happened to them if they just picked up the phone and sent us short text messages saying ‘sorry, nothing happened, just a failure in the system’? Is that so difficult? This is what I’m sorry about.”

Slovenské Elektrárne later sent an e-mail to local mayors explaining what had happened and requesting that an announcement be made through their respective local announcement system, the company stated on its website. Remenár said he received that e-mail on the day following the alarm and two other mayors from nearby villages told The Slovak Spectator that they did not receive any emails from Slovenské Elektrárne.

Several of the mayors from villages around the power plant told The Slovak Spectator that given their experience during the false alarm that mass panic would be difficult to avoid if a real accident occurred.

“People weren’t indifferent to what was happening,” Remenár said. “They could see on television what it means if a nuclear accident happens and whether we like it or not the power plant is here and people should be ready for that.”

Experts say that when a sharp alarm is sounded people should take shelter in a building and seal the windows and doors and receive quick information about the reason for the alarm and instructions about what to do next. In this incident people from the villages around the Bohunice power plant ran out of their houses, hoping to get more information about what was happening from neighbours in the street.

The incident is now being investigated by Slovakia’s Nuclear Regulatory Authority and the Interior Ministry.

Klokner insists that the civil protection warning system did not fail but that the power plant had not followed the steps required by the law on civil protection. For that reason his office is launching an administrative action against Slovenské Elektrárne through which they will evaluate the false alarm’s circumstances, the communication systems used, and the problems caused to the communities.

“And it is sure to end up with a sanction, not necessarily only financial,” Klokner told The Slovak Spectator.

The Sme daily reported that Slovenské Elektrárne blamed Telegrafia for the incident and will demand that this contractor pay for any assessed damages.