‘Standstill is a step backwards’

SLOVAK businesspeople as well as economic analysts are looking with slight concern at the German economy, when its growth slowed markedly during the second quarter of 2011. While the German-Slovak Chamber of Commerce suggests that it would be wrong to place too much emphasis on recent figures, fears on the Slovak side are understandable as Germany is the country’s biggest economic partner. 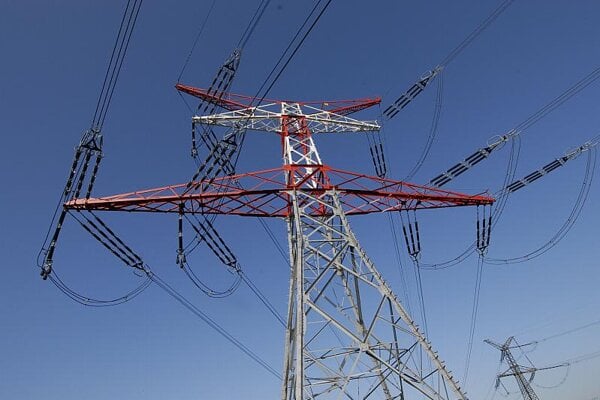 SLOVAK businesspeople as well as economic analysts are looking with slight concern at the German economy, when its growth slowed markedly during the second quarter of 2011. While the German-Slovak Chamber of Commerce suggests that it would be wrong to place too much emphasis on recent figures, fears on the Slovak side are understandable as Germany is the country’s biggest economic partner.

“The dip in the second quarter should not be overestimated,” Guido Glania, the managing director of the board of the German-Slovak Chamber of Commerce, told The Slovak Spectator.

Compared with the first quarter, when the German economy grew by 4.6 percent year-on-year, the second quarter saw year-on-year growth of 2.8 percent – but that figure masked real growth of only 0.1 percent during the quarter.

“Investment decisions are based on long-term expectations," said Glania. "Therefore we do not see any automatic impact on planning in Slovakia. At the same time everybody knows that there are huge economic risks and challenges in Europe, the US and, as a consequence, for the entire world economy.”

Reinhard Wiemer from the German Embassy in Slovakia agreed, citing the latest forecast by the German Bundesbank which still predicts growth of around 3 percent for Germany in 2011.

“Growth will be lower in 2012, but Germany will remain the fastest-growing large economy in the EU,” Wiemer told The Slovak Spectator. “Since the German and the Slovak economies are tightly intertwined, growth in Germany generates growth in Slovakia. The fast recovery of the Slovak economy is also a result of the good economic performance of Germany."

Wiemer believes that since the German economy will remain on a course of growth – albeit not as strong as in 2010 and 2011 – it will continue to provide positive impulses for the Slovak economy.

With regards to the current state of economic cooperation between Germany and Slovakia, Glania said that German-Slovak trade and investment relations are developing very positively, with exports, imports as well as investments growing at a rapid pace this year and German companies creating new jobs in Slovakia.


“Germany is the most important trading partner of Slovakia and a major investor.” Wiemer told The Slovak Spectator. “German-Slovak trade has reached its pre-crisis level this year and is growing. There is a positive balance of trade for Slovakia, which clearly signals the competitiveness of Slovak industries and businesses.”

The chief analyst with Volksbank Slovensko, Vladimír Vaňo, sees the size of the country as being behind the strong relations between the economies of Slovakia and Germany.

“Slovakia is a small, open economy, which means that its industry is predominantly export-driven,” Vaňo told The Slovak Spectator. “Manufacturing, which employs over one quarter of the Slovak labour force, could not be supported by the meagre 5-million-strong domestic market; it depends on exporting its production.”

The importance of Germany in that respect exceeds its one-fifth share of exports, according to Vaňo. As for the Slovak trade balance alone, one-fifth of its exports go to Germany, but the second largest export partner of Slovakia is the Czech Republic (14 percent of exports), and over one-half of Slovak exports go to countries using the euro. The EU is the destination for over 85 percent of Slovak exports. Germany is also the Czech Republic’s biggest trading partner.

“Moreover, as the world’s second largest exporter, after China, Germany is rightly labelled the engine of the eurozone economy,” said Vaňo. “That explains why the correlation coefficient between the real economic growth of Slovakia and Germany has increased to 0.72, when looking at a time series beginning in 2001. That, in other words, means that about 72 percent of the change in the direction of the Slovak economy can be explained by developments in the economy of Germany.”

The German-Slovak Chamber of Commerce estimates that there are a total of 450 companies with a substantial German share in their ownership in Slovakia. They account for more than €15 billion in sales and employ more than 90,000 people. Such companies include highly visible investors in the automobile, energy, electronics, lighting systems and telecommunications sectors. But Glania added that most German investors are typical examples of the German Mittelstand: highly innovative, medium-sized, family-run industrial companies. Most of these manufacture industrial goods.


The Slovak Investment and Trade Development Agency (SARIO) has continued to record significant interest in Slovakia from German investors.

“Germany, along with the US, is the country from which most enquiries arrive,” SARIO spokesperson Richard Dírer told The Slovak Spectator. “Currently we are working on 13 projects from Germany, which are in various phases, with a total volume of about €1 billion and the potential to create up to 4,000 new working positions.”

So far SARIO has wrapped up 55 German investment projects with an aggregate volume of €868 million that had the potential to create 10,500 to 13,000 jobs. These investors include Continental, Deutsche Telekom, T-Systems, ZF, Leoni, Siemens and others.

According to data from the National Bank of Slovakia, aggregate direct foreign investments from Germany to Slovakia amounted to €4.75 billion up to the end of 2009; additional investments of €66.55 million arrived in 2010.

SARIO itself is active in drawing German investors to Slovakia. In September it is organising an investment roadshow to be held in Düsseldorf and Munich that will be attended by Economy Minister Juraj Miškov.

“Both these towns are industrial centres,” said Dírer adding that SARIO plans to combine investment seminars with individual meetings with firms that may be interested in the investment environment in Slovakia.

With regards to sectors of Slovakia’s economy that are most attractive for German investors, SARIO considers those in which German companies are already well-established: automotive, electrotechnical, production of plastic components, service – including shared service centres, but also biotechnology and R&D. Wiemer sees renewable energy as one of the fields that might become more important in the future.

The Slovak media recently reported that industrial group ThyssenKrupp is eyeing eastern Slovakia. But even though this investment has not yet been officially confirmed, the results of the chamber’s surveys confirm Slovakia's position as an attractive location.

“We are regularly contacted by German investors,” said Glania. “We provide them with information about the business climate and investment opportunities. According to our latest survey, 88 percent of the German companies who have invested here would do so again. This is a strong figure.”

But Wiemer and Glania share the opinion that German entrepreneurs in Germany do not yet have sufficient information about the advantages of Slovakia.

“One has to be clear about the fact that unlike its neighbours, Slovakia is still hardly known by many German executives,” said Glania. “Many of them are even surprised to learn from us that Slovakia has introduced the euro. I think that most potential investors are small and medium-sized companies that wish to expand in a geographically well-located, stable EU country with moderate labour costs, well-trained people and good infrastructure.”

Glania believes that currently, Slovakia is scoring rather well on these points.


“But as we say in Germany ‘standstill is a step backwards’, so constant efforts have to be made to improve,” said Glania.

In the past Slovakia drew investors with the prospect of lower wage costs, but according to Wiemer Slovakia can no longer be categorised as a very low-wage country.

“While in 1993, the wage difference for industrial workers between Slovakia and Germany was 1:12, today it is roughly 1:4 and narrowing further,” Wiemer said, adding that this is a very positive development and a result of Slovakia’s integration into the EU.

In spite of this increase, according to Wiemer, German investors still appreciate the competitive wage levels in Slovakia. He sees many other advantages: a reliable and good labour force, central location, political stability, clear and relatively low taxes and, of course, the euro.

Similar to the Slovak business community, German businesspeople also hoped for positive changes in the business environment after the Iveta Radičová government took office one year ago.

“Most German companies were hopeful that the new government would improve the business environment,” Glania said. “The reform of the Labour Code is clearly going in the right direction. The new bankruptcy law can even be seen as a milestone. However, we encourage the Slovak government to be bolder as regards infrastructure development and reform of the education system.”


He added that many of chamber’s members have difficulty finding well-trained technicians and engineers.

“We are pleading for a reform of vocational training systems,” said Glania. “This should follow an integrated approach combining schools and companies. In Germany we call this the dual system.

Such a system can ensure that trainees learn with state-of-the-art technologies and that the development of their skills and knowledge is geared to the real needs of the companies.”