NBÚ should finally get a new boss

AFTER months of unsuccessful attempts to fill the post of head of the National Security Office (NBÚ), the country’s main security vetting agency, the cabinet has okayed the candidacy of Kamil Krnáč, making him the first of four candidates to even make it to a vote in parliament. 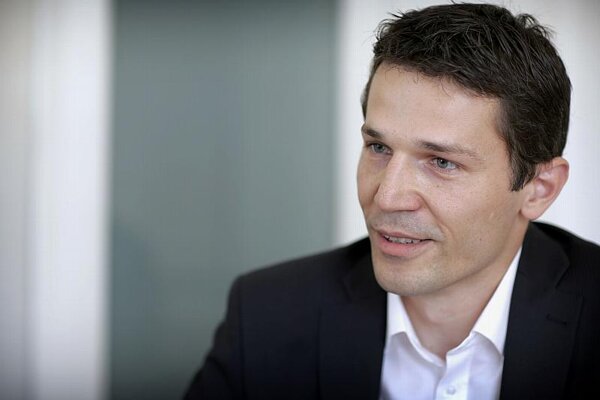 AFTER months of unsuccessful attempts to fill the post of head of the National Security Office (NBÚ), the country’s main security vetting agency, the cabinet has okayed the candidacy of Kamil Krnáč, making him the first of four candidates to even make it to a vote in parliament.

The coalition parties agreed that Freedom and Solidarity (SaS) should nominate the NBÚ head, but the task proved unexpectedly challenging as one candidate after another was rejected by SaS’ coalition partners, stretching the selection process out to more than five months following the departure of the previous NBÚ head. Finally, the cabinet approved the candidacy of Krnáč on August 24, after he received the top secret security clearance required for the job. Nothing now seems to stand in his way other that an approval vote in parliament, which should take place soon after at its first post-summer-break session begins on September 6.

Krnáč, who has a background in the IT business, is currently an SaS MP.

“I am not going to the NBÚ from a position in the IT business, but from a position as an MP,” Krnáč said in a recent interview with the Sme daily, in response to concerns that a conflict of interest might arise from the NBÚ’s role in organising tenders for state orders in the IT sphere.

The top job at the NBÚ has proved problematic in the past as well. The credibility of the office was brought into question after František Blanárik, who held the post until earlier this year, was reported to have been an agent in the communist-era counter-intelligence service.

Blanárik, who was nominated by the Movement for a Democratic Slovakia (HZDS) and appointed by the previous ruling coalition led by Robert Fico’s Smer party, garnered much criticism from parts of the then-opposition – most of which now makes up the current ruling coalition – because of his alleged links to the communist secret service.

Nine months after last year’s change of government, media commentators noted that Blanárik had remained in his post even though the leaders of SaS had boasted that their party would not accept former communists as members.

On March 7 Blanárik announced his resignation, stating that he did not intend to become a victim of political gamesmanship.

The NBÚ is an important component of Slovakia’s power structure because it has the authority to issue security clearances. The coalition kept stressing that they were searching for someone with a flawless moral and professional background, who would be acceptable to all coalition partners. SaS chairman Richard Sulík said that since the benchmark has now been set so high SaS will act accordingly when it comes to other parties’ future nominations.

Krnáč was approved by all coalition parties only after three previous candidates had been nominated by SaS but then rejected by one or other of its coalition partners.

The ruling coalition is now placing much hope in Krnáč’s candidacy, and observers have warned that a continued failure to fill the post could prompt more tension and risk further loss of trust among the coalition parties.

After facing criticism for its failure to remove Blanárik earlier, SaS first proposed Ján Stano as his replacement in April 2011. However, Stano did not satisfy the other ruling parties because of his previous employment, albeit in a junior position, at the Slovak Information Service (SIS), Slovakia’s main spy agency, during its period under Ivan Lexa. Lexa was the right-hand man of controversial former prime minister Vladimír Mečiar and it was under Lexa’s leadership that the SIS was accused of involvement in numerous criminal activities.

SaS then, in May 2011, proposed Supreme Court judge Peter Paluda, and for a brief period it seemed that he enjoyed broad approval. Paluda has a long record as a senior judge, served as Slovakia’s representative to the EU's justice organisation Eurojust, and has been a staunch critic of controversial Supreme Court head Štefan Harabin. Nevertheless, the Slovak Democratic and Christian Union (SDKÚ) poured cold water on Paluda’s chances by voting to oppose his nomination, citing a legal action he had launched against the state, among other reasons.

The latest SaS nominee before Krnáč, Supreme Court judge Juraj Kliment, withdrew as a candidate in June 2011 after learning that he did not enjoy the support of all parties in the ruling coalition.

The Civic Conservative Party (OKS), a faction of four MPs who were elected to parliament on the Most-Híd party’s slate, raised objections to Kliment’s candidacy. OKS pointed to his involvement in the reconfirmation of a communist-era verdict in the Cervanová case. OKS stated that Kliment, along with the other judges hearing the case, failed to consider new evidence. Without the four votes of the OKS deputies, the ruling coalition would not have had enough votes to confirm Kliment in the job.