THE CAMPAIGN to get Slovak MPs to approve changes to the eurozone bailout mechanism is turning into yet another Sisyphean task for the government of Iveta Radičová. 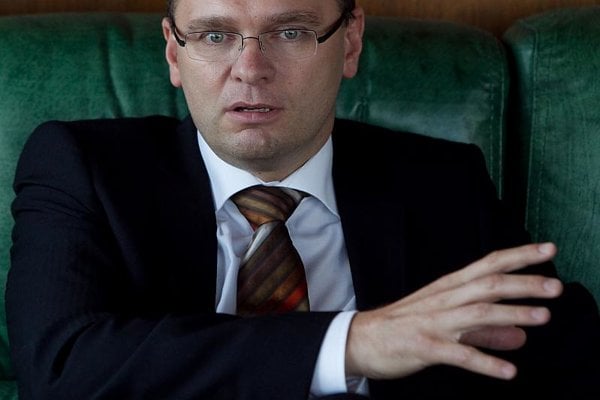 THE CAMPAIGN to get Slovak MPs to approve changes to the eurozone bailout mechanism is turning into yet another Sisyphean task for the government of Iveta Radičová.

Leaders of Slovakia’s ruling coalition want Slovakia to be the last country to ratify the documents that will change the European Financial Stability Facility (EFSF), which were agreed by leaders of the eurozone countries on July 21. They believe this will give the government enough time to hammer out an agreement and win enough support for the Slovak Parliament to ratify the documents. But Richard Sulík, the leader of the second-biggest coalition party, Freedom and Solidarity (SaS), has reiterated his party’s negative attitude to the EFSF changes. Sulík says he would welcome it if another eurozone country were to reject the changes before Slovakia has to vote on them.

The somewhat contrary position of the largest opposition party, Smer, is that it will support the changes – but only if the ruling coalition secures enough votes not to need its support. The smaller Slovak National Party (SNS) says there is no way it will vote for the EFSF.

Finance Minister Ivan Mikloš announced on September 6 that the position of his government on the implementation of the July 21 euro area summit statement remains unchanged: “to ensure the financial stability of the euro area as a whole the implementation should be swift in order to provide sufficient sources and effective tools to help contain the risk of contagion and spill-over of fiscal and debt problems that some euro area members are facing.”

The cabinet on September 7 approved amendments to the EFSF framework agreement and the Slovak EFSF Participation Ceiling Act. The proposal was backed by all ministers except those nominated by SaS.

In line with the new rules, the volume of eurozone guarantees would go up from €440 billion to €779 billion and Slovakia’s share would rise from €4.37 billion to €7.72 billion. If the changes are ratified, the EFSF will also be permitted to purchase government bonds on the secondary market, help in the recapitalisation of financial institutions and provide precautionary credit to states before such countries are shut out of private credit markets, the TASR newswire reported.

While most political leaders agree that the parties should negotiate over the bailout system, there is disagreement over who should host the talks. Radièová has already held some talks on the issue, but Smer denounced these as fruitless and has initiated its own round of talks.

“If the chairs of the parties do not attend the talks with us, we would consider it a signal that they do not need our votes and we would not vote for the bailout facility,” Smer MP Marek Maďarič told TV Markíza on September 4.

The invitation effectively means that Prime Minister Radičová – who is not the leader of her party – would not be invited for talks, while Christian Democratic Movement (KDH) leader Ján Figeľ anyway
rejected Fico’s invitation and said that the most suitable forum for talks among all the parties would be the presidential palace.

President Ivan Gašparovič assured German Foreign Affairs Minister Guido Westerwelle, who paid a visit to Slovakia on September 2, that he would do his best to persuade the ruling parties of the need to take a responsible decision over the changes to the EFSF.

Westerwelle said that everything must be done to save the eurozone, adding that the German parliament would ratify the necessary documents at the end of September. He suggested that German MPs’ decision to back the changes might influence their Slovak counterparts to do the same, according to the SITA newswire.

Slovak Foreign Minister Mikuláš Dzurinda responded on September 2 that Slovakia should not be the country which blocks the creation of the eurozone bailout system.

Sulík later commented that Slovakia might vote on the changes as late as December but Mikloš, the finance minister, responded on September 5 that even though Slovakia may aim to be the last eurozone member to okay the changes to the bailout fund, it does not mean that a vote will not take place until December.

“Originally it [the vote] was set for December, but as all countries have agreed on September or as soon as possible, it would be absolutely unfair to let everybody wait until December once they have made their decisions in September,” Mikloš said, asquoted by TASR.

Late on September 8 SaS published an anti-bailout treatisewhich described the temporary EFSF and permanent ESM mechanisms as ‘a path to socialism’, the TASR newswire reported. The pamphlet wasnegatively received by SaS’s coalition partners and promised to further complicate efforts to reach a deal to approve the bailout package.