THE DIVADELNÁ Nitra theatre festival has grown – in the 20 years of its existence – from a small local show of theatre stagings and ensembles into a large international event. Over the years it has hosted 37 Slovak and 143 foreign theatres from 30 countries (28 European, including Slovakia, plus Israel and the USA). 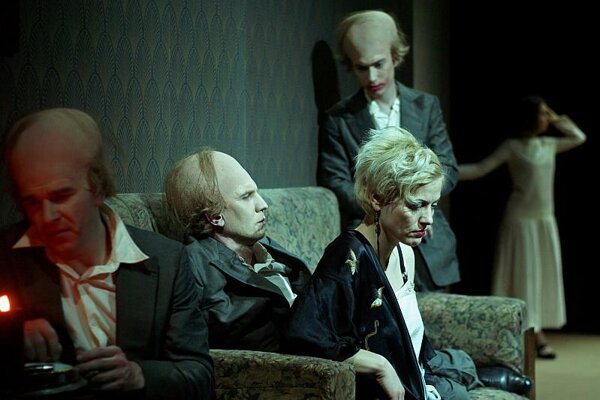 THE DIVADELNÁ Nitra theatre festival has grown – in the 20 years of its existence – from a small local show of theatre stagings and ensembles into a large international event. Over the years it has hosted 37 Slovak and 143 foreign theatres from 30 countries (28 European, including Slovakia, plus Israel and the USA).

As it prepared to mark its jubilee the festival was selected from among 674 bidders to become one of 18 recipients of a 3-year grant from the European Commission’s European Festivals sub-programme. "This is a big honour, but also a big responsibility," the festival’s founder and head, Darina Kárová, said.

This year’s anniversary has led the organisers to take a look back at what has been achieved to date. This year’s motto is (Don’t) Tell Your Secret, which is also included in the motifs of performances of the main festival programme.

“This year, artists from 10 countries will come to Nitra to pose to us disquieting questions about our identity and conscience: who we are, how do we come to terms with our past, with guilt, betrayal, death, what future we do have, and how do we care for memory?” Kárová said. The motif of memories and personal secrets is also reflected in this year’s visual expression of festival materials – home-made bottled fruits, vegetables, mushrooms and jams.

Divadelná Nitra is a rare chance for foreign-language speakers to enjoy Slovak drama, as all festival performances have English subtitles or voiceovers. The four domestic productions were carefully chosen to represent the different facets of current Slovak theatre: Buggers and Suckers, by Bratislava’s Divadlo SKRAT, brings a specific, minimalist style and fragmentary structure; Kubo (remake) by Jozef Hollý, staged by the Slovak Chamber Theatre in Martin, is a classic Slovak piece which has previously witnessed two iconic stagings; it comes with an innovative view and shows the otherwise funny outsider Kubo as a meditative focus of vulgarity and stylisation of the outside world. The last two shows are The Graduate (yes, Terry Johnson’s famous classic) by the Karol Spišák Old Theatre in Nitra returns to the stage, skilfully bypassing period clichés and freely developing the original idea, while Kitchen by Arnold Wesker, as interpreted by the Andrej Bagar Theatre in Nitra, offers a realistic drama from the last century, full of characters of various fates, nationalities, and temperaments.

The foreign ensembles range from Poland’s Studio Theatre from Warsaw and the Czech Republic’s Divadlo Komedie from Prague as well as a Lithuanian interpretation of Maxim Gorky’s The Lower Depths, the Hungarian National Theatre’s Hunting Scenes from Lower Bavaria (Martin Sperr) and Medea by Seneca, presented by MTYuZ of Moscow, to Théatre des Lucioles (Rennes, France), with Paranoia by Rafael Spregelburd, The Deer House from Jan Lauwers & Needcompany of Brussels, and Tim Etchells & Forced Entertainment with their comic-like Void Story.

A host of accompanying events grow every year and this September will commemorate the jubilee with, among other things, a symposium called Festival as a (Creative) Industry, the presentation Parallel Lives / 20th Century, through Eyes of the Secret Police, a retrospective of publications looking at the festival’s 20 years, to a photo-exhibition, movie screenings, Czech and Slovak street theatre, and more.

Divadelná Nitra will also award, for the 16th time, the Dosky / Boards prizes. These are given out by a jury of Slovak theatre reviewers, theoreticians and journalists for the best performance, director, actor, actress, stage design, costume, music and for Newcomer of the Year.

The festival takes place between September 23 and 28 in the town of Nitra. More detailed information can be found in English at www.nitrafest.sk.