AFTER the Government Office announced that it had uncovered large-scale corruption in state subsidies granted to help build a biathlon centre, the Labour Ministry has now revealed that police have found corrupt practices going on at the ministry in dispensing grant money coming from the European Union. 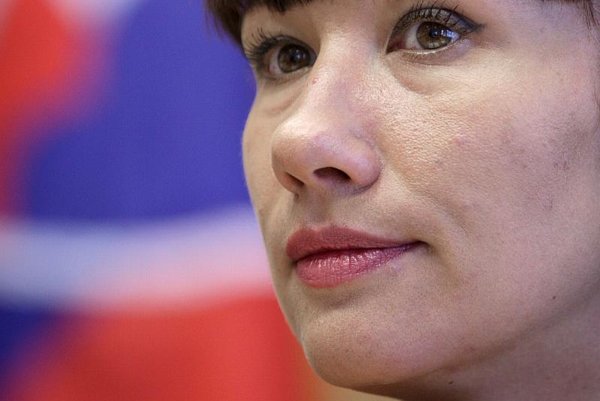 AFTER the Government Office announced that it had uncovered large-scale corruption in state subsidies granted to help build a biathlon centre, the Labour Ministry has now revealed that police have found corrupt practices going on at the ministry in dispensing grant money coming from the European Union.

Officers from the specialised anti-corruption unit of the police detained three persons in early September, among them a former advisor to Lucia Nicholsonová, the Labour Ministry’s State Secretary.

The three individuals are accused of soliciting 30 percent kickbacks from grants awarded by the Social Implementation Agency (SIA), a budgetary organisation of the Labour Ministry that draws upon EU funds, to recipients of the non-refundable grants. Overall, grants for more than €1 million are under investigation and the suspects may have received kickbacks of as much as €300,000.

“Unfortunately, the EU funds were an opportunity for various sophisticated fraudsters, so-called “mediators”, who are happy to “help” a company that would like to create new jobs or re-qualify its employees,” wrote Labour Minister Jozef Mihál in a blog describing his view of what happened.

Originally, the police detained six people, including three former SIA staff who later were reclassified as witnesses, and then charged three persons with corruption, including Tomáš Richtarčík, who had served as Nicholsonová’s advisor at the ministry from July to September 2010 and who had previously worked for the ministry under former labour minister Viera Tomanová. The crime for which he was charged reportedly occurred in April 2011.

The ministry announced that Nicholsonová had notified the police in November 2010 of her suspicion of questionable practices within the SIA and that she had fired Richtarčík as her advisor several months earlier.

“This gentleman soon lost interest in his job and instead started secret meetings with people from SIA,” Mihál wrote on his blog.

The previous SIA director, now a witness in the case, has terminated his work contract with the Labour Ministry.

The ministry said it had taken steps to prevent any similar corrupt behaviour from occurring in the future and had also hired several former police officers from the anti-corruption unit.

“We are warning all who might want to use any murky way to get hold of EU money to not even try,” Nicholsonová said.

The ministry has also cancelled three calls issued by the SIA for project proposals that could have been influenced by the corrupt practices it uncovered.

The head of the European Commission’s auditors, Mark Schelfhaudt, welcomed the success of the ministry officials in detecting the corrupt practices in the use of EU funds, according to Mihál.

“It is the first time that sincere efforts to clear the EU Structural Funds of corruption have been seen in Slovakia,” Mihál wrote. “Thanks to that, Slovakia’s position in negotiations concerning a lower financial penalty for Tomanová’s dubious social companies could improve.”

Financial irregularities within the so-called social companies, projects initiated by former labour minister Tomanová, came under the magnifying glass of EC auditors in late 2009 after signs of fraud and violation of procurement rules emerged.

Social companies are defined as non-profit organisations which receive 95 percent of their funding from the state and provide job opportunities for socially-disadvantaged citizens. Any profit they generate must be channelled back to the state.

A draft EC audit report on Slovakia’s employment and social inclusion programmes stated that at one of the social companies, Arvik Social Enterprise, “the presence of indicators of serious fraud was identified by the audit team during the on-the-spot verification of this operation.” According to the draft, dated March 1, 2010, possible collusion between this social company and other enterprises in terms of supplies, production facilities, production processes, sales and employees was detected by the audit.

Up to January 19, 2010 the Labour Ministry had advanced social companies a total of €11.3 million.

Tomanová dismissed the March 2010 report as “a non-public draft” and accused the opposition parties and media of conducting a witch hunt and ridiculing social companies.

In September 2011 the Labour Ministry reported that it and the police were investigating three additional cases of possible corruption within the SIA and social companies and added that criminal prosecutions had been initiated for improper use of EU funds.