‘COUNTRY of emigrants’ is perhaps not an entirely misplaced epithet for Slovakia, given the fact that the number of Slovaks living abroad equals half of the population in their home country. That is why supporting efforts to preserve Slovak traditions, language, and culture among the communities of Slovaks living abroad is often regarded as a noble task. But a recent audit of the government body that distributes financial grants to Slovak communities abroad has revealed that noble aims have not always been matched by noble deeds. 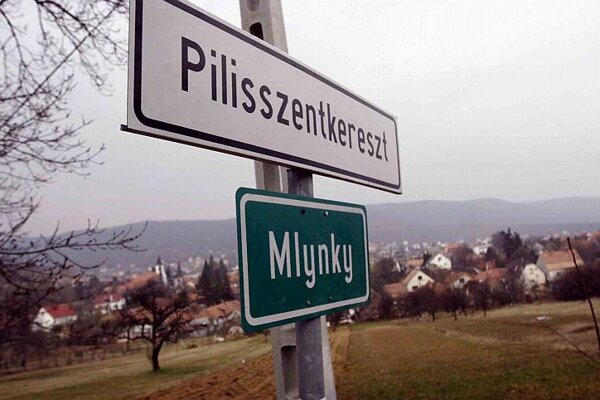 ‘COUNTRY of emigrants’ is perhaps not an entirely misplaced epithet for Slovakia, given the fact that the number of Slovaks living abroad equals half of the population in their home country. That is why supporting efforts to preserve Slovak traditions, language, and culture among the communities of Slovaks living abroad is often regarded as a noble task. But a recent audit of the government body that distributes financial grants to Slovak communities abroad has revealed that noble aims have not always been matched by noble deeds.

There are an estimated 2.5 million Slovaks living in other countries around the world, and many of them form vivid communities with an interest in preserving the culture of their homeland. These are sheltered and supported by the Office for Slovaks Living Abroad (ÚSŽZ), a government agency. However, the ÚSŽZ is not the only body in Slovakia through which financial assistance flows to Slovaks abroad, as the president, parliament, and the cabinet also have funds that they can devote to foreign Slovak communities.

In 2011 the government assigned €1.152 million for Slovaks abroad through the ÚSŽZ, which it distributes in the form of grants. According to the ÚSŽZ’s director, Milan Vetrák, around 400 projects have so far received support. But there are also ad hoc financial grants that the office receives from the state budget for specific investment projects related to Slovak communities abroad, such as the Slovak House in Mlynky, Hungary, the Slovak Cultural Centre in Našice, Croatia, and the Museum of Slovak Culture in Báčsky Petrovec, Serbia.

Many of these big projects have not been finished, with various aspects, most of them pertaining to administration and accounting, still outstanding.

“All these projects have been dragging on for a long time, and there were problems related to all of them which the former management of the office wasn’t able to solve,” Vetrák said, adding that the new management under him has been able to resolve all of them within three to six months.

Critique of the former management

But the pending projects are not the only issue that Vetrák is critical about. On September 13 he presented the results of a financial audit at the ÚSŽZ performed by the Government Office audit section.

The audit was focused on the activities of the office rather than on the subjects that received grants from the office, but in the course of the audit some of the grantees stood out as problematic.

“Now it’s up to the office to draw consequences from what the report stated,” Vetrák said, adding that the previous management ignored some cases in which contracts, orders or invoices were missing from project documentation.

The auditors revealed several problematic elements to grants that were given out in 2006-2009. For instance, several people who received a grant were found, at the time they applied for or received the grant, to have had permanent residence in Slovakia or, in the case of legal persons, to have had an office in Slovakia. The auditors maintain that such grants, involving state finances, were not in line with the law.

Vetrák now promises to do away with the shortcomings in the ÚSŽZ’s work, firstly by designing and introducing clear rules for granting state subventions.

“We reckon that some Slovaks abroad who are often ‘professional Slovaks abroad’ and who run ‘ethno-businesses’ won’t like it,” Vetrák said. “But we want to support those who know how to handle money effectively and who have an interest in developing the communities of Slovaks abroad.”

The lack of clear rules before now means that the previous granting of subventions from state grants to applicants with permanent residence or offices in Slovakia cannot now be punished, despite the fact that the auditors believe the grants should not have gone to such applicants.

The only legal entity with an office in Slovakia detected by the audit was the World Association of Slovaks Abroad (SZSZ), whose management has been critical of Vetrák ever since his appointment to the ÚSŽZ. Conflicts and serious ruptures also surfaced within the SZSZ itself after Vetrák assumed his office in early February 2011, following the end of the five-year term of his predecessor, Vilma Prívarová. While the head of the SZSZ, Vladimír Skalský, has demanded that the government reverse the appointment, some members of Skalský’s own association have alleged that he has been using grants received from the ÚSŽZ in a non-transparent way.

“I didn’t think that the accounts of the SZSZ were in such a bad state,” Vetrák commented after the financial audit in September 2011, adding that 30 out of the 120 pages of the report are devoted to SZSZ. “Not one project since 2006 was accounted for correctly, and in many cases the purpose or rightfulness of the expenses wasn’t met.”

Skalský, the SZSZ president, denied that his association had committed any mistakes, saying that all the grants received by the SZSZ passed internal as well as external audits without any problems.

“Right after Mr Vetrák assumed his post the office tried to cast doubts on our accounting, with laughable arguments,” Skalský told The Slovak Spectator, adding that the SZSZ has always responded even though doing so represented an unnecessary administrative burden. Skalský said this was Vetrák’s way to cut grants to the SZSZ and thus hinder its activities.

But Vetrák argued that he initiated none of the financial audits that took place at ÚSŽZ, and none of the audits was even launched during his term.

The fact is, however, that those grant recipients whose documentation is not in order, including SZSZ, will be not able to apply for grants until they straighten up their accounts. They will be asked to provide the missing documents ex post facto, and if they fail to do so the ÚSŽZ will require that the money they were granted be returned.

According to Vetrák, such an approach was not applied by the previous management of the ÚSŽZ. In the past even applicants with problematic accounts were able to apply for grants and receive them, which he called “a disaster”, adding that no other office or ministry in Slovakia ever handled public finances in this way.

“I’m sorry that such things happened, because it creates the impression that foreign Slovaks are people who are tunnelling public money,” Vetrák said. “But it’s not like that. There are only some individuals and some organisations that aren’t able to handle public finances effectively.”

The support for Slovak communities abroad is not limited to financial grants only, however.

There are also issues related to migration, education, and voting from abroad. The ÚSŽZ is, for instance, set to become an active player in Slovakia’s migration policy until 2020, as outlined in a strategic document recently passed by parliament. The ÚSŽZ is supposed to lead a working group focusing on the flow of labour to and from Slovakia, including the return of Slovaks from abroad.

The ÚSŽZ is also actively participating in designing the new Election Code, namely the part pertaining to the opportunities for Slovak citizens to vote from abroad.

“The office will defend the requirements of Slovaks living abroad … in the legislative process,” Vetrák said, adding that the main point is to make voting from abroad administratively simpler, even though there is not yet an opportunity to introduce electronic voting via internet.