PRICES for medicines in Slovakia are to become the second lowest within the entire European Union, generic equivalents can be prescribed by doctors for brand-name drugs, and pharmacies can develop customer loyalty programmes: these are among the most significant measures included in laws proposed by Health Minister Ivan Uhliarik that were approved by Slovakia’s parliament on September 13. 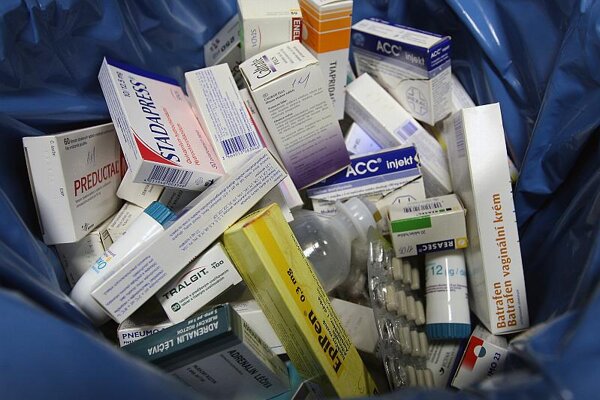 PRICES for medicines in Slovakia are to become the second lowest within the entire European Union, generic equivalents can be prescribed by doctors for brand-name drugs, and pharmacies can develop customer loyalty programmes: these are among the most significant measures included in laws proposed by Health Minister Ivan Uhliarik that were approved by Slovakia’s parliament on September 13.

Uhliarik, a nominee of the Christian Democratic Movement (KDH), called the adoption of the new law on medicines and health-care aids as well as the changes made to the act on the extent and conditions for payments for medicines, health aids and dietetic foodstuffs as a major legislative achievement, saying that the changes will bring considerable savings to those who need prescription drugs or health aids.

“Medicines will be cheaper and pharmacies will be able to give discounts, which will be reflected in the condition of patients’ purses,” Uhliarik said, as quoted by the Sme daily, predicting that more than €100 million could be saved on drugs and medical aids during the first year.

In a somewhat surprising move, MPs from the opposition Slovak National Party (SNS) also voted for the legislation with the party’s chairman, Ján Slota, stating that the laws are good because they help channel more money to the health-care sector.

Among the MPs from the ruling coalition parties, only Mária Sabolová of KDH voted against the law on medicines and health-care aids, because she objected to allowing pharmacies to develop customer loyalty schemes.

Uhliarik stated the new legislation will bring more transparency to the categorisation of medicines as well as establish more detailed rules for the setting of official prices for drugs and health-care aids. He also predicted that the new rules will encourage more cost-effectiveness for treatments covered under public health insurance and more prescriptions being written for generic drugs rather than their brand-name versions.

“These are only a few of the benefits of both laws, which survived immense pressure during the legislative process that was brought by pharmaceutical companies as well as pharmacists, who will lose some part of their income,” Uhliarik stated, as quoted by SITA. “The new laws becoming valid on December 1, 2011, represent a breakthrough in the transparency of drug policies in Slovakia.”

The Ministry of Health originally planned to introduce these changes by amending the law that covers public health insurance, but after receiving a recommendation from the Legislative Council of the Government, the ministry decided to submit a totally new law rather than preparing a revision to the existing law.

Ondrej Sukeľ, vice-president of the Slovak Chamber of Pharmacists, told SITA that the legislation may have been prepared by the Health Ministry but “its real author is an unnamed financial group, which will be the only one to profit from it”.

The chamber added that it is waiting to learn about President Ivan Gašparovič's position on the bill and will then decide on any further moves.

“The [legislation] suppresses any expert dimension of a pharmacist's job, putting stress on business and jiggery-pokery on supplementary payments and discounts,” Sukeľ said. “It's a step back compared to developments in the world.”

The act on medicines has been criticised by the pharmaceutical industry for some time, with the industry warning that passage of the legislation may have a negative impact on the availability of drugs and arguing that it may lead to the outflow of lower-price medicines from Slovakia to other countries where prices are higher.

As the legislation was being prepared, Prime Minister Iveta Radičová criticised a letter she received from seven ambassadors that had expressed concern about the thrust of the legislation. Radičová labelled the letter as inappropriate lobbying by the diplomats on behalf of pharmaceutical companies in their countries.