BETTING enthusiasts might soon find it harder to win or lose money by playing online games that are not licensed in Slovakia. The Finance Ministry is trying to push through an amendment to the law on gambling that would block such content from the internet for Slovak users, arguing its wants to protect local consumers. But exponents of a free internet see it as an attempt to introduce censorship of the internet in Slovakia. 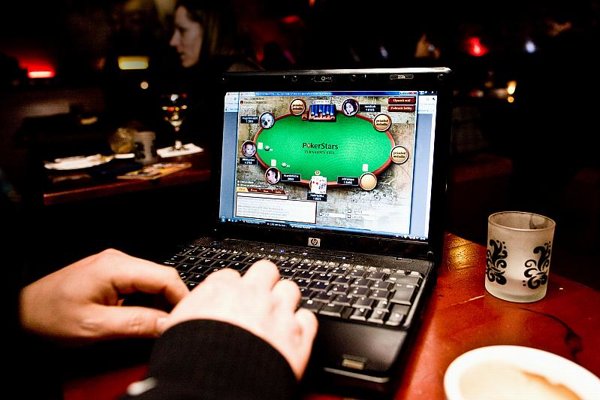 BETTING enthusiasts might soon find it harder to win or lose money by playing online games that are not licensed in Slovakia. The Finance Ministry is trying to push through an amendment to the law on gambling that would block such content from the internet for Slovak users, arguing its wants to protect local consumers. But exponents of a free internet see it as an attempt to introduce censorship of the internet in Slovakia.

“Introducing censorship is an extreme solution, which should only be put in place if everything else fails,” Ľubor Illek from the Society for Open Information Technologies (SOIT), a non-profit civic association, said. Representatives of SOIT, which has become the biggest critic of the proposed amendment, believe that other measures should be tried first, rather than introducing regulation of the internet.

The amendment to the law on gambling, submitted for interdepartmental review on September 7, would order internet service providers (ISPs) to block the websites of bookmakers and online gaming services that do not hold a licence in Slovakia. According to the legislation, the Bratislava Tax Office would administer a ‘black list’ of websites which ISPs would have to observe. The ministry is advocating the measure in order to protect Slovak consumers, preserve public order and respect other public interests, according to ministry spokesperson Patrícia Malecová Šepitková.

“We believe that the only real reason why the ministry is trying to introduce this legislation is to increase the income of the state from taxes on the providers of online gambling games,” Illek said.

SOIT criticised several points in the law, stressing that the nature of the blocked content – gambling sites – is not key to the debate, but the actual blocking of any content and the way the ministry is doing it is.

One problematic point is the practicability of the law, since, according to SOIT experts, it is a technologically trivial thing even for non-expert users to access websites from any location and from any IP address. This is thanks to various tools such as the Tor Project, or the What Is My IP Address website, developed by researchers from Oxford and Cambridge Universities. These allow uncensored and unlimited access to the internet and the anonymisation of the person accessing it.

The expenses connected with blocking websites would be borne by the ISPs, who in the end would raise the prices for internet access paid by end-users, SOIT representatives argue. But the main problem SOIT sees in the proposed amendment is that it disturbs the current status quo vis-a-vis blocking web content in Slovakia. While at the moment a website can be blocked only based on a court order, the amendment wants to authorise the tax office to decide, and the opportunity to protest or to defend oneself against a tax office decision is limited.

One of the companies whose business could be affected by the amendment is bet-at-home.com, registered in Malta. Its spokesperson, Claus Retschitzegger, said that the proposed restriction does not comply with European law and discriminates against foreign companies like bet-at-home.com when compared to companies registered in Slovakia.

“That is the reason why probably no foreign online company will apply for a gambling licence in Slovakia,” Retschitzegger told The Slovak Spectator.

But lawyers have commented that the rulings of the European Court of Justice (ECJ) in similar cases suggest that the amendment would comply with EU law.

“There are several rulings of the ECJ according to which the amendment is alright,” said lawyer Tomáš Kamenec in an interview with the Sme daily. Kamenec serves as an advisor on gambling regulation to the state-run Tipos betting company, for whom the withdrawal of foreign online betting companies would mean less competition.

“The proposed changes introduce limits to the free provision of services, which is not in contradiction with the EU law or with the decision-making of the European Court of Justice, as long as the limits correspond with reasons of public interest such as consumer protection or the general need to keep public order,” the ministry’s Malecová Šepitková told The Slovak Spectator.

Meanwhile, the Finance Ministry has announced it will submit the amendment to the European Commission, in order to seek a statement about whether it is compatible with EU regulations. The ministry has not done so yet, Malecová Šepitková said on September 21.

“It’s a cover-up manoeuvre,” Illek said, adding that since regulation of gambling is not governed at the Europe-wide level, he expects that the European Commission will not interfere.

SOIT has submitted a collective response to the law, which will be available for interdepartmental review until the end of September, opposing the proposed changes. The response had been signed by over 2,100 supporters as of September 21. SOIT has also been joined by the Association of Local Internet Providers (ALPI), which warned that the proposed amendment would force ISPs to start using censorship facilities, creating the risk that in the future these could be abused.

“As long as we are forced to own and use such technology, we would constantly face the risk of the fast and easy spread of censorship from tax issues to others, which could prove a great danger to the freedom of humankind in the current complicated times,” ALPI wrote in its statement.

Services connected with blocking websites as ordered by the state could cost tens of millions of euros, according to the local internet providers, which would well exceed any forecast tax revenues.

Jozef Viskupič, a member of the Ordinary People faction within the Freedom and Solidarity (SaS) parliamentary caucus, is the only MP so far to have joined the protests against the proposed amendment.