THE RULING coalition does not seem to have learned from the difficulties caused by its failure to agree on a joint candidate for the general prosecutor job, with two rival candidates now emerging to fill one of the next big state jobs that will need to be decided in coming months. 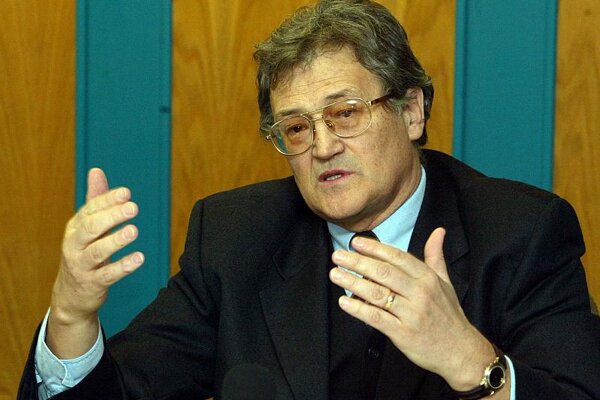 THE RULING coalition does not seem to have learned from the difficulties caused by its failure to agree on a joint candidate for the general prosecutor job, with two rival candidates now emerging to fill one of the next big state jobs that will need to be decided in coming months.

This time around, the problems are not expected to be as damaging as those in the general prosecutor selection process proved to be because the office of the ombudsman has fewer powers and is much less politically exposed. Apart from the ombudsman, parliament will also need to replace the heads of the Statistics Office, the Anti-Monopoly Authority, and the Public Procurement Office (ÚVO).

The new ombudsman should be selected by March 2012, when the term of the current ombudsman, Pavel Kandráč, elapses. Parliament is likely to hold a vote on the matter in January.

After initial talks held in early September, the leading candidate to head the Office of the Public Defender of Rights, as the ombudsman is official known, appears to be Jana Dubovcová, a former judge and critic of the Slovak judicial system under Štefan Harabin. Prior to last year’s parliamentary elections she shed her judge’s robes and was elected as an MP for the Slovak Democratic and Christian Union (SDKÚ). The party has now informally proposed her as its candidate for the post, and Freedom and Solidarity (SaS) leader Richard Sulík has said his party will definitely endorse her for the post.

“I would like to run for the post only if I get the support of all the coalition parties, and I would even like to receive the support of the opposition,” Dubovcová said on public-service Slovak Radio. She also admitted that she had wanted to head the office ever since it was created in Slovakia, but noted that she had not received an official offer from the SDKÚ yet.

If she eventually runs for the post, Dubovcová is likely to face a challenger in the parliamentary vote.

The four MPs of the Civic Democratic Party (OKS), a parliamentary faction which sits as part of the Most-Híd caucus, have already announced they plan to endorse another candidate – František Mikloško, a former dissident, MP and presidential candidate who for most of his career was a prominent member of the Christian Democratic Movement (KDH).

“He is a man for whom justice is the highest [goal] that exists in life,” OKS head Peter Zajac said, as quoted by Slovak Radio, adding that he and his fellow party members believe Mikloško is the best candidate.

However, some observers have dismissed the choice of Mikloško as a candidate, arguing that the office should be headed by a legal expert.

Slovakia has had only one ombudsman to date. Pavel Kandráč will leave office in March 2012 after serving two terms since he was first selected for the post in 2002, under the Mikuláš Dzurinda government. He ran in the 2002 secret vote as a candidate proposed by the opposition Movement for a Democratic Slovakia (HZDS) of Vladimír Mečiar. In 2007, he was confirmed in the post with support from the then-governing coalition of Smer, the Slovak National Party (SNS) and HZDS.

In 2012, the vote by MPs’ should be held in public for the first time, after the parliamentary rules applying to selection of candidates for senior public positions were changed in the wake of difficulties experienced selecting a new general prosecutor.

Kandráč’s activity as ombudsman has been criticised by several human-rights activists and organisations.

“I don’t think citizens have felt they’ve had support when solving problems with the state administration, or that anything has improved significantly,” said Šarlota Pufflerová from Občan a demokracia, a non-governmental organisation, as quoted by the Sme daily.

In the past year, Kandráč has mainly been dealing with unjustified delays in judicial and administrative processes, Sme reported. Of the 2,517 motions his office has received over the past 12 months, according to his activity report from May 2011, as many as 64 percent were not correctly addressed to him. He has proved in 176 cases that state offices violated the basic rights and freedoms of citizens, with 145 of those concerning unjustified delays, Sme reported.

Sme also noted that Kandráč had rejected a complaint from the Slovak Journalists’ Syndicate to have the controversial 2008 Press Code, passed by the previous government led by Robert Fico, reviewed by the Constitutional Court.