THE ACT on Pension Savings, passed during the second government of Mikuláš Dzurinda in 2004 with the objective of reforming Slovakia’s pension system, has now been amended 21 times in its fairly brief legislative history. The newest changes initiated by the government of Iveta Radičová are designed to remove what her cabinet called deformations in the pension system pushed through by the previous government of Robert Fico. 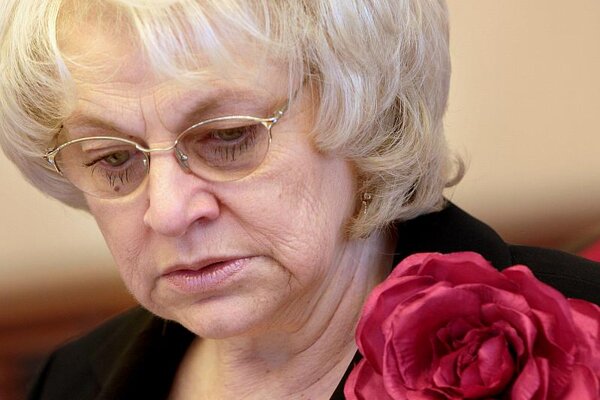 THE ACT on Pension Savings, passed during the second government of Mikuláš Dzurinda in 2004 with the objective of reforming Slovakia’s pension system, has now been amended 21 times in its fairly brief legislative history. The newest changes initiated by the government of Iveta Radičová are designed to remove what her cabinet called deformations in the pension system pushed through by the previous government of Robert Fico.

The most recent amendment, approved by parliament on September 14, increases the number of investment funds that participants can choose from, reduces the scope of guarantees that had been put into the law in 2009, and mandates that young workers entering the labour force will again be automatically enrolled in the second pension pillar, with the option to withdraw within two years if they choose to do so.

Labour Minister Jozef Mihál presented the bill to parliament and argued that the newest changes to the law will be beneficial to everyone who is participating in the second pension pillar – in which their savings for retirement are invested by private investment management companies. Mihál’s predecessor as labour minister, Viera Tomanová, responded that the government is turning young workers into “vassals of the pension fund management companies” by some of the changes made via the new amendment.

The original pension reform legislation passed in 2004 envisioned three pillars in the country’s pension scheme: the first pillar is the state-administered social insurance programme that provides a monthly old-age pension benefit based on the amount and the number of years that a person contributed to the pay-as-you-go system.

The second pillar, sometimes called the capitalisation pillar, allows employees to direct 50 percent of their required retirement contributions into an investment account managed by a private pension management company. The third pillar consists of voluntary, supplemental savings deposited with insurance companies, banks, asset management companies and other financial institutions that can be withdrawn upon retirement. The second pillar is administered by pension fund management companies which invest participants’ savings based on rules laid down by law.

During Fico’s government, labour minister Tomanová initiated several changes in the second pillar. The government several times opened the window for participants in the second pillar to withdraw from it and begin sending all of their required contributions to the social insurance pillar. It also terminated the automatic enrolment of young employees into the second pillar and extended the minimum period that someone was required to participate from 10 to 15 years. One of the most significant changes came in 2009 when the Fico government introduced guaranteed investment performance requirements for the pension fund management companies, which had to demonstrate every six months that they had not lost any of the principal invested by second-pillar savers or risk being required to cover any such losses. The Fico government also significantly reduced the administrative fee that the management companies could charge participants.

“The main deformations, which were the far too-frequent comparison of returns by the funds and the duty to cover possible losses, have been removed,” Peter Goliáš, director of the INEKO economic think-tank told The Slovak Spectator. “As a consequence of these deformations the pension fund management companies were forced during 2009 to sell all of their more volatile securities, including stocks and most bonds, which meant a drop in effectiveness from the point of view of savers. Thus, the new changes improve the chances of achieving higher returns.”

Goliáš stated that it is positive that the time period over which the return on investment by the funds is gauged has been lengthened and that the requirement that fund managers would be forced to cover any investment losses has been removed. “This will make possible investments in longer-term securities with higher expected returns,” Goliáš said.

Currently, a participant in the second pillar can choose to put his or her savings in only three kinds of investment funds. A fourth kind of fund will be available when the amendment becomes effective and the names of the current funds are being changed. As of April 1, 2012, the ‘conservative fund’ will be renamed the ‘bond fund’; the ‘mixed fund’ will replace the ‘balanced fund’; and the ‘growth fund’ will be changed to the ‘stock fund’. The new investment vehicle will be an ‘equity-linked index fund’. Only the bond fund will be subject to state-mandated guarantees on investment performance.

Parliament also approved an amendment presented by MP Július Brocka from the Christian Democratic Movement (KDH) that will reduce the minimum number of years for participating in the second pension pillar from 15 year back to its original 10 years.

The legislation also permits the pension management companies to make investments in precious metals such as gold, silver and platinum as long as the overall volume of these investments does not exceed 20 percent of the total assets of the fund.

The Labour Ministry said the conservative fund will be renamed as the bond fund to better reflect the investment strategy that is followed by the fund, adding that this should enable the fund to purchase bonds with longer maturities and higher potential returns. The new equity-linked index fund is to have an investment strategy based on tracking the performance of selected stock indexes or a basket of stocks, SITA reported.

Young people entering the work force for the first time will automatically be enrolled in the second pension pillar and will have 180 days to conclude a contract with one of the pension fund management companies. If they do not do so on their own, Sociálna Poisťovňa, Slovakia’s social insurance company that administers the first pillar, will assign the person to one of the pension fund management companies and the person’s contributions will automatically be deposited into that firm’s mixed fund.

New participants will have two years after their automatic enrolment to decide whether to stay in the second pillar or to start sending all their contributions to the first pillar. The Labour Ministry said the new participants will be exempt from any fees if they transfer funds between pension fund management companies during the first two years of their participation. Currently, participants are charged €16 if they transfer their funds to another pension fund management company and this is currently possible only once a year.

There was no change in the fee that pension fund management companies can charge participants who invest in the mixed fund or the stock fund – it remains at 0.3 percent of the value of the participant’s average annual assets. The bond fund, however, will no longer charge administrative fees based on the investment return achieved. The management fee for participation in the equity-linked index fund will be limited to 0.2 percent of the value of the average annual assets, SITA reported.

According to Goliáš, the development of the equity-linked index fund could be an attractive vehicle for younger savers who have a higher willingness to undertake riskier investments due to the longer time period before their eventual retirement.

But Goliáš is also concerned about the possibility of future changes in the second pillar. “The risks are political interventions if there is a change of government; for example another effort to reintroduce guarantees and the subsequent unwillingness of the pension management companies to invest more aggressively.”

Regarding the removal of the guarantees on investment return, Goliáš noted that this only returns the growth fund (now the stock fund) and the balanced fund (now the mixed fund) to their original investment objectives.

“Nevertheless, the cancellation of guarantees in these funds might be viewed negatively by most people who, according to several surveys, do not want to accept higher risk,” Goliáš said. “It would thus be appropriate if these savers transferred [their savings] to the guaranteed fund.”

Critique from the opposition

Tomanová said a better solution would have been to prolong the time limit during which young people can voluntarily enter the second pillar or to remove it entirely. She stated on September 13, as reported by SITA, that most citizens saving for retirement via the second pillar will end up with smaller pensions because the investment returns have been less than the level of inflation and therefore these pension savings are losing value.

The former minister also argued that the Labour Ministry will now attempt to put a cap on pensions from the first pillar and extend the number of years that people must work before retirement age. Tomanová opined that cancelling the investment return guarantees on the mixed and stock funds is “hazardous”. She also criticised the establishment of the fourth fund, the index fund, stating that two types of funds should be sufficient: one with a conservative strategy and one with equity shares, SITA reported.

The Association of Pension Funds Management Companies (ADSS) presented four of its own proposals before parliament acted. The chairman of the association, Peter Socha, said on September 13 that the pension management companies should be entitled to an administrative fee for appreciation of the value of assets in the bond fund. Socha urged that terminating the fee could be counterproductive because the fund must continue to guarantee its performance.

“We would get into a state in which this fund will be more conservative than it needs to be,” Socha stated, as quoted by SITA.

The association also advanced the idea that participants’ fees should be based on how much the achieved return exceeded what it called ‘average daily appreciation’ over the previous five years. The association also objected to the fee for the new equity-linked index fund being set at 0.2 percent and urged that it be pegged at 0.3 percent of the average net value of assets in the fund.

“There will not be motivation to promote this fund; it will not be sufficiently filled,” Socha said regarding the lower fee, adding that rather than tens of thousands of people choosing to invest in that fund, he expects it to be only thousands.