EARLIER this year the business sector complained to the government about the uneven burden of local taxes imposed on businesses, arguing that it has a negative effect on the business environment. A subsequent analysis conducted by the Finance Ministry comparing revenue and rates of real estate taxes concluded that the business sector is indeed burdened more than the general population. To address this issue, the ministry prepared a revision to the law which parliament passed for further consideration. The business sector as well as municipalities will now have to wait for the final wording of the revision to see what impacts it will have. 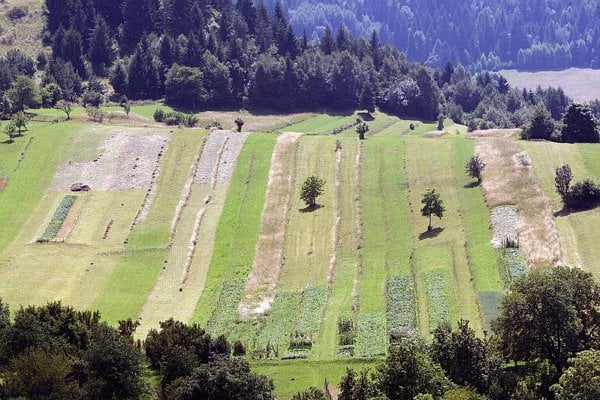 EARLIER this year the business sector complained to the government about the uneven burden of local taxes imposed on businesses, arguing that it has a negative effect on the business environment. A subsequent analysis conducted by the Finance Ministry comparing revenue and rates of real estate taxes concluded that the business sector is indeed burdened more than the general population. To address this issue, the ministry prepared a revision to the law which parliament passed for further consideration. The business sector as well as municipalities will now have to wait for the final wording of the revision to see what impacts it will have.

The National Union of Employers (RÚZ) has pointed out that in some municipalities and self-governing regions significant inequalities in terms of real estate taxes have developed between private individuals and corporate entities.

“Since a business subject can be either a legal or a private entity we believe that this is leading to legal entities being put at a disadvantage and deforming the competitive and business environment,” the RÚZ wrote in a press release on April 1. It said it believed that the government should focus on reducing the financial, administrative and regulatory burden placed on businesses by municipalities and self-governing regions.

In response to a request by the RÚZ, the Finance Ministry conducted an analysis of the tax burden placed on businesses by local taxes and fees. This comparison of revenue and rates of real estate taxes concluded that the business sector is burdened more than the general population.

“The law sets nine kinds of local taxes and one local fee,” states the ministry paper. “Based on the concept of fiscal decentralisation, whose essence lays in independence and responsibility of municipalities and self-governing regions and in securing the position of municipalities, it simultaneously authorises municipalities to set the rates of local taxes, reduce taxes, as well as exempt entities from payment of these taxes.”

Depending on the kind of tax, the law sets limits on how far municipalities can change certain rates or reduce or exempt subjects from payment.

“The principles of the implemented fiscal decentralisation bestow competencies with regards to local taxes and the one fee on municipalities and self-governing regions,” the paper states, adding that the Finance Ministry cannot interfere in this other than by revising the applicable law.

The ministry’s analysis showed that real estate taxes make up the biggest portion of aggregate local taxes collected. In 2010 the share was 63 percent, followed by the fee for municipal waste, which made up about 30 percent of total revenues. The analysis showed that taxpayers carrying out business activities account for more than one half of all revenues of municipalities coming from real estate taxes.

By comparing revenues from taxes on buildings in selected municipalities the Finance Ministry found that while fiscal decentralisation was intended to strengthen the position and independence of municipalities when deciding on matters related to self-administration, the disproportion observed in property taxes indicated that the principles of fiscal decentralisation had not been correctly understood. One result of this was the notably higher taxes of buildings used for purposes like agriculture, industry and other money-making activities compared to land and residential property.

The conclusion drawn from the comparison of revenues and rates of taxation imposed on land, buildings and apartments was that the business sector is burdened more than the general population.

The ministry proposed solutions in its draft revision to the law on local taxes and the local fee for municipal waste and small construction waste, which parliament advanced for further consideration on September 7. In particular, the intention is to remove inequitable application of some regulations in the law in practice, as well as to reduce the administrative burden of taxpayers as well as tax administrators by removing various announcement and notification duties.

For example, the revision reduces the number of types of land from nine to eight and further limits the scope within which some tax rates can be set.

The RÚZ is not the only employers’ association which regards local taxes on the business sector as far from ideal.

Branislav Masár, the executive director of the Federation of Employers’ Associations of the Slovak Republic (AZZZ) told The Slovak Spectator that the burden of local taxes falls unevenly, even unfairly.

“There are cases of municipalities that impose excessively higher taxes compared with other villages or compared with taxes for the same taxed item owned by a non-business subject,” Masár stated. “This is taking place on the basis of a law which enabled such a burden – in some cases, an extreme burden – to be placed on doing business.”

According to Masár, this leads to negative impacts on the business environment and in the end to liquidation of businesses and workplaces in those municipalities and regions.

The AZZZ particularly objected to the taxation of land used for agricultural or recreational purposes where, logically, large pieces of land are necessary and are often used by citizens of the municipality free of charge. The federation says tax rates on motor vehicles are also problematic because each self-governing region can set a different rate, which puts road transport operators at an advantage or disadvantage depending on which region they are based in, even though they all use the same road infrastructure.

The AZZZ positively perceives the current actions of the Finance Ministry, even though it can, Masár said, imagine a slightly more favourable change for the business sector.

“Nevertheless, the draft is a step in the right direction,” said Masár, who suggested some additional ways to improve the situation of businesses. Apart from continuing to eliminate excessive tax rates, he proposes capping rates as well as overall tax revenue, and suggests that the benefits which business activities bring a municipality be taken into consideration when setting tax rates. In case of motor vehicles taxes he proposes implementing a system which would take into account the quality of the local road infrastructure and how intensively it is used.

The Association of Towns and Villages of Slovakia (ZMOS) sees local taxes as a significant part of the tax income that funds the activities of municipalities.

“Each municipality takes into consideration the real financial possibilities of taxpayers and is searching for a compromise between the income needs of the municipality and the possibilities of payers,” ZMOS spokesperson Michal Kaliňák told The Slovak Spectator. “We are afraid that changing the parameters of local taxes could severely curtail their independence.”

Here Kaliňák pointed out that a hike in the lowest tax rate on real estate will automatically cause an increase in the tax.

“Even though municipalities recognise the difficult situation of taxpayers, they will have no other choice but to increase the tax burden above the financial possibilities of taxpayers,” Kaliňák said.