WHEN Russian Prime Minister Vladimir Putin announced that he was going to run for his country’s presidency, the leader of the Slovak opposition, Robert Fico, was there to hear the declaration in person. Fico’s presence at the event in Moscow provoked some strong reactions not only in Slovakia, but also among his fellow European socialists. 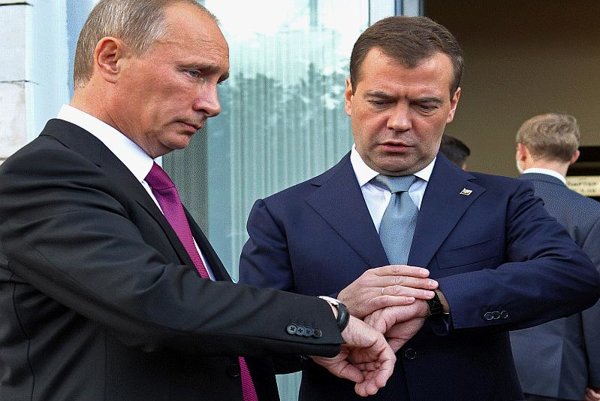 WHEN Russian Prime Minister Vladimir Putin announced that he was going to run for his country’s presidency, the leader of the Slovak opposition, Robert Fico, was there to hear the declaration in person. Fico’s presence at the event in Moscow provoked some strong reactions not only in Slovakia, but also among his fellow European socialists.

Fico, the leader of the opposition Smer party and a former prime minister, participated in the United Russia congress, held in Moscow on September 24, along with politicians from Ukraine, Kazakhstan, and China. But he was the only European politician from the Progressive Alliance of Socialists and Democrats, a left-wing grouping in the European Parliament.

“I am not happy about Mr Fico’s participation,” said the group’s vice-chair, Hannes Swoboda, as quoted by the Sme daily. He added that the European Socialists do not cooperate with United Russia, and criticised the party for undemocratic practices. He did not say whether Fico’s participation at the event could prove problematic for him in the future.

Fico did not comment on his travel to Moscow, but he did give a speech at the congress.

“He spoke mainly about the possibilities of improving Slovak-Russian relations in the commercial sphere, in order not to limit them to imports of raw materials only,” Smer spokesperson Erik Tomáš told Sme. “He regards constructive cooperation between the European Union and Russia as necessary.”

Political reasons were most likely behind Fico’s participation at the congress, according to Smer MEP Monika Flašíková-Beňová, who is a vice-chair of the European Socialists’ fraction in the European Parliament. Neither she nor her fellow Smer MEP, Boris Zala, were aware of Fico’s travel in advance, Sme wrote.

The United Russia congress marked an end to the months of speculation over who would take the presidential chair – the most powerful position in Russia – after the 2012 presidential elections. Medvedev is currently serving his first term as president and could, in theory, have run for a second. Now, it seems, he and Putin will swap roles.

Putin, who previously served as Russia’s president from 2000 to 2008, said he accepted a proposal from Medvedev to run for the presidential post in March 2012, and announced that Medvedev could succeed him as prime minister, depending on the results of parliamentary elections due to be held in December. Putin, who remains Russia’s most popular politician, is virtually assured of being re-elected president, the Reuters newswire wrote.

Medvedev, who like Putin is not actually a member of United Russia, will lead the party’s candidate list in the December parliamentary elections.

Russia’s presidential term, currently four years, will be extended to six years from 2012. The limit of two consecutive terms means Putin could serve until 2024, Reuters noted.