NO-ONE could seriously doubt the extent and influence of US culture and lifestyle on Slovaks and Slovakia: even if one were to try hard to avoid it, it would be almost impossible. The Slovak Spectator therefore posed several questions to the US cultural attaché in Slovakia, Chris Scharf, the first being: what is the role of America’s ‘ambassador of culture’ in this situation? 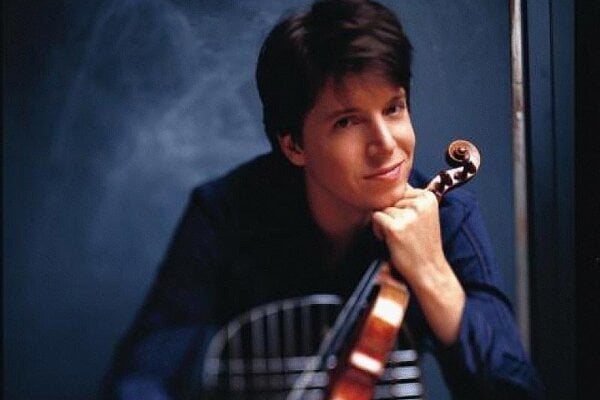 NO-ONE could seriously doubt the extent and influence of US culture and lifestyle on Slovaks and Slovakia: even if one were to try hard to avoid it, it would be almost impossible. The Slovak Spectator therefore posed several questions to the US cultural attaché in Slovakia, Chris Scharf, the first being: what is the role of America’s ‘ambassador of culture’ in this situation?

“Since I arrived here two years ago, I have been impressed by the amount of exposure Slovaks have to American culture and media,” Scharf said. “I and my team have tried to identify aspects of US culture and art not so widely popular and commercially successful; so we do not have to do a lot with popular music or Hollywood films. So where could our involvement be useful? I know Slovaks love classical music, so we try to bring some classical musicians, and also jazz musicians, art and photography; we would also like to encourage more translations – and, later, stagings – of plays by American authors. In films, it will perhaps be off-beat works or those with a narrower focus. So that is our philosophy or intention: we direct attention to areas that do not have massive audiences, but are important,” he explained.

The embassy works closely together with Slovak institutions and organisations as partners; and also individuals who are experts in their field. As for the export of Slovak culture to the United States, Scharf said that this is primarily the responsibility of the Slovak Embassy in Washington; but he added that the team from the embassy in Bratislava can lend a helping hand by giving tips and making contacts.

One of the ‘trademarks’ of US policy that is also exported abroad is the promotion of minorities and their inclusion in wider society. In this context, Scharf described one high-profile project that is currently under way. Famous Hollywood composer Hans Zimmer – who won an Oscar for his soundtrack to The Lion King, Golden Globes for The Lion King and Gladiator, and Grammies for Crimson Tide and Dark Knight – has produced the music for A Game of Shadows, a sequel to the latest Sherlock Holmes film that will be coming out at the end of this year. For the film music, he engaged Roma musicians from the Sendrei family from Kokava nad Rimavicou, in central Slovakia. Zimmer came to Slovakia and visited Roma communities to understand how they live and also to hear the local musicians. His daughter is a photographer and she took photographs documenting the life in the Roma communities; this might appear in connection with the movie’s release as a photo essay. “We hope to have a European premiere of the movie here, in Bratislava, involving the Roma musicians,” Scharf revealed.

He added that another initiative, called Teaching Tolerance through English, is a summer camp in Hungary that brought together Roma children from Kremnica aged around 12 with young students from a number of other countries like Romania and Slovenia. In helping to promote the English language and also to understand US values, history and lifestyle the embassy works together with the Fulbright Commission, and also with the Slovak Education Ministry. Embassy staff help local teachers of English in several ways, but also go directly to schools and talk to the students about, for instance, American holidays (including, for instance, why Halloween is not ‘devil worship’), but also foreign policy, society, etc.

To bring typical US traditions to a wider audience the embassy is considering sending one of its staff to appear on one of Slovakia’s popular televised cooking shows, perhaps in connection with Thanksgiving, a major American festival involving food, to explain the national affection for turkey and apple pie on that specific occasion, Scharf said.

“There seems to be a film festival every month here in Slovakia”, he continued, “and we are trying to participate in them in one way or another: we bring climbers and adventurers to the Hory a Mesto (Mountains and City) festival, we help spread the word about the Ekotopfilm environmental film festival and the Inakosť / Slovak Queer Film Festival, and help bring movies or personalities, as with the One World or International Film Festival Bratislava.”

Music is a great bridge between cultures that needs no translation, and no language knowledge. Many classical music performers come to Slovakia, taking part in major festivals like the Bratislavské Hudobné Slávnosti / Bratislava Music Festival. This year’s event will welcome a prominent US violinist, Joshua Bell, playing with a Norwegian orchestra. One of Bell’s most notable gigs – which travelled around the world as a video – was an experiment initiated by Washington Post columnist Gene Weingarten, in which the violinist donned a baseball cap and played as an incognito street busker at L'Enfant Plaza subway station in Washington, DC, on January 12, 2007. The experiment was recorded on a hidden camera; among the 1,097 people who passed by, only seven stopped to listen to him, and only one recognised him. For his nearly 45-minute performance, Bell collected $32.17 from 27 passersby (excluding $20 from the passerby who recognised him).

The Melos Etos festival, which is dedicated to more contemporary and avant-garde music, will offer Leon Botstein, an American orchestra conductor who is also president of Bard College, coming to perform a wider programme, including a piece by famous US composer John Adams.

The US Embassy supported a 9/11 memorial concert by the Slovak State Philharmonic in Košice that took place in early September, Scharf said. The Košice Philharmonic will also perform the Age of Anxiety by Leonard Bernstein, together with works by Joseph Haydn and the world premiere of Slovak Dances by US-based Slovak musician/composer Peter Breiner. The renowned tenor Lawrence Brownlee will perform in spring 2012 in Bratislava and Košice.

“We truly enjoy supporting jazz music,” Scharf went on. “When you look at the programme list of the Bratislavské Jazzové Dni / Bratislava Jazz Days, you might think it’s rather the ‘American Jazz Days’. Really, there are a host of US musicians: Chucho Valdes; Nicolas Payton; Earth, Wind and Fire; Randy Brecker, etc. We also support the Slovak tour of Vienna-based US saxophonist Andy Middleton with Slovak musicians led by Štefan Bartuš – we really like this kind of cross-national musical merging.”

The embassy does not stop there: it also helps boost the visual arts (for instance, via the annual Young Visual Artists’ Awards, beginning in October); photography (Slovak photographer Filip Kulišev will have an exhibition as part of the Month of Photography, showing his trip through Alaskan landscapes); poetry (bringing Catherine Bowman to the Ars Poetica poetry festival); theatre (including The Theatre in the Passage / Divadlo z Pasáže – a theatre for mentally disabled people that toured the US in 2009); and supported a summer hip-hop festival in Banská Bystrica.

“I will always admire the fruitful; professional ties and connections that have been established by both talented Slovak and American enthusiasts, the cultural exchange coming from below, and we try to support and nurture them,” Scharf said. “But of course, it is also a question of budget, especially in these tense times. We, at the embassy, have this year been able to support and help organise a host of events, often in cooperation with the Slovak side or US friends at home. As we already have ambitious plans, I can only hope we will also be able to continue to do as much in the future,” Scharf concluded.