Writing a history of photography that embraces every part of Europe

FIVE kilos. That is how much the two books that make up the first volume of a comprehensive encyclopaedia of European photography weigh. Václav Macek, the director of the Central European House of Photography (SEDF) and the man behind the project to publish a three-volume series spanning the history of photography in 20th-century Europe, knows their weight quite well. His organisation has been selling and then shipping the books literally around the globe. 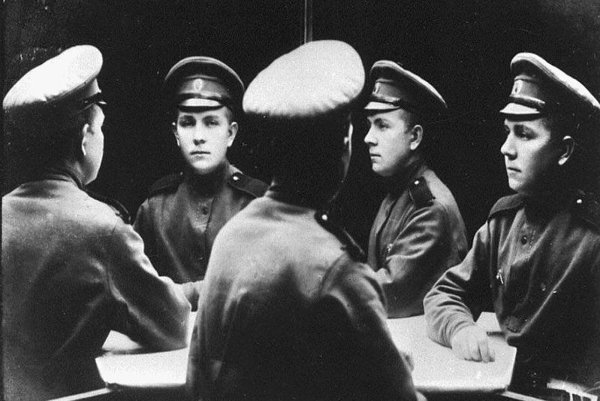 FIVE kilos. That is how much the two books that make up the first volume of a comprehensive encyclopaedia of European photography weigh. Václav Macek, the director of the Central European House of Photography (SEDF) and the man behind the project to publish a three-volume series spanning the history of photography in 20th-century Europe, knows their weight quite well. His organisation has been selling and then shipping the books literally around the globe.

The Slovak Spectator spoke with Macek about the genesis of the project, how this encyclopaedia differs from ones already published, the steps required to prepare and publish the first volume of the History of European Photography covering the years 1900-1938, and the obstacles he and his team overcame when pulling it all together.

The Slovak Spectator (TSS): How did the project start? Who had the very first idea to publish such a comprehensive encyclopaedia?

This naturally led to the encyclopaedia, reflecting our dissatisfaction with museums not exhibiting photographers from this part of Europe as well as our dissatisfaction with the way in which European photography was written about. Their history of photography is not our history of photography. We wanted history in which we are also present. This was the principal logic behind the encyclopaedia project. At that meeting in June 2006 there was a Swede, a Croatian, an Italian, a Slovak and a Briton, a narrow group of people, many of whom represented small cultures. There we agreed that it was necessary to broaden the view of the history of European photography by including what was happening in the so-called periphery, where excellent photography was produced as well. We drew this vision into the project and after four years of work we published the first volume earlier this year.

TSS: You chose an interesting concept – the overall project is divided into three time periods and each chapter is about an individual country. How did you develop this concept?

The format stemmed from the basic idea that we wanted each country to be represented. But this was an impossible assignment for one author. This concept required more authors because only a person living in a specific country can do this – go into archives and then write a comprehensive piece in less than 20 pages about what was most important, for example in Portuguese photography over 40 years. This meant we needed to find and address photography experts in individual countries. Because photography is very closely connected with society, this approach brought another challenge: how to make fluent text from all of that. Thus, our authors did not write only about photography but also about the political, social and cultural developments in each country. So there is an important history about Portuguese photography in the book but also a timetable covering important events in the country in 1905 or 1915 – that there was a revolution impacting the entire country, its society, its culture, and so forth. But it was also impossible to have an enormous amount of text and in the end we have 35 chapters covering 35 countries. Then of course we wanted to avoid the situation that each chapter was written in a different style so we gave guidelines to the authors to follow, while respecting that because photography exists in a particular environment and these environments are very different it is impossible to have a completely unified book.

TSS: How did you choose the years of 1938 and 1970 to separate individual volumes of the encyclopaedia?

It was clear cut for 1938 because of the start of World War II. In 1939 a new era began. This is a historical-political dividing line and has nothing particularly to do with photography itself. The key to our decision to use 1970 as an ending period was the occupation of Czechoslovakia in 1968, rebellions in Paris in 1968 and 1969, as well as changes in society and culture leading to more cultural conservatism.

TSS: Who selected the authors?

After agreement with others we, in Bratislava, made the final choice. But sometimes it was difficult; for example in the case of Belarus nobody had written about something like this so we had to find a person who would be willing and able to go deep into archives and write a short history of Belarus photography for the first time. It was also a responsibility in terms of selecting the experts to make sure they had the required knowledge and ability to write a well-formulated and comprehensive text and that we could be assured that the author was not misleading readers. These authors also selected the photographs that are published in the encyclopaedia.

TSS: What was the ‘assignment’ the authors received?

One important aspect was that they should not write an encyclopaedic document but rather a story comprehensible to the reader. I did not want to have a deluge of names of photographers and institutions in individual chapters, but instead a story about photography and what kinds of problems it was overcoming. In Greece, for example, there were Germans who wanted to make great photography about Greek culture. But the Greeks perceived this as forcing them to be seen in a certain way and in response a group of Greek photographers emerged saying that we do not look like this; they wanted a different photography. And they started to do it. This is one story.

Each author also had to explain the social, political and cultural conditions of the country and put photography in that context; to show, for example, that the Irish used photography as a tool in their fight for independence. Without this context the reader would not completely comprehend the story of Irish photography.

TSS: Did your work on this volume bring you any new or surprising knowledge?

For me what is of key importance is the knowledge of how much good photography existed all across Europe. This was really surprising because we are so used to only certain important names and suddenly my horizon widened in an incredible way. I realised that excellent photographers existed in each country even though they were not as numerous in some smaller countries. For me this is ‘surprising’ in quotation marks because this is the reason why we developed the book – to prove that this was the case – and we actually proved it. For me the biggest revelation is that we cannot pooh-pooh photography that is being done in Ukraine or in Denmark just because we do not know it. Because when we looked closer we found out that there were excellent photographers and excellent photographs.

TSS: What styles and movements are covered in the first volume?

At that time Modernism and New Objectivity came to photography. Photographers started to do sharply focused photographs of a machine or a still-life with a documentary approach that were genuine records of reality. This was followed by Surrealism in which photographers began to enter or interfere with the photographic process, making collages and creating a fictitious world.

TSS: Were cameras and other equipment available to ordinary people or was photography something exclusive?

At the beginning it was exclusive. This is also why there was no Pictorialism in Slovakia. We had photographic ateliers whose owners made a living in this way and they made portraits of local people. But Pictorialism required more investment in equipment and time and this is why only the aristocracy did this type of photography as amateurs. But in the period of Modernism, after cameras and the necessary outfit became more affordable, amateurs also started to do art photography.

TSS: What were the differences in individual countries?

Actually the development of photography was similar, going in waves of course as photographers wandered from one country to another. For example, they started something in Germany, then the same photographers did something in Bulgaria, then they left and went to Finland. When writing this volume we sometimes had a problem describing nationalities. For example, we included Czech photographer Jaroslav Funke in the history of Slovak photography because he taught at a school in Bratislava for four years and was an important personality in Slovak photography. But actually, the wanderings of these photographers as well as the ways in which they influenced the national photography of individual countries are so intermixed that it is not possible to say that a particular photo is an imitation of what French or German photographers had come with.

TSS: How is the second volume coming along?

We are intensively working on the second volume. We believe that the encyclopaedia’s place is especially in libraries of schools teaching photography or art and their histories, and for experts as a reference document. The encyclopaedia is written in English and that makes it an extensive source of information for readers around the globe.

There are a lot of books, for instance, about Henri Cartier-Bresson or August Sander. But this encyclopaedia shows, for example, that a photographer with qualities similar to those of Sander lived in Latvia in the 1920s. This is the changed viewpoint about European photography that our project brings.