SEPTEMBER was not a very successful month for Slovakia’s Ministry of Justice. Changes the ministry is seeking in the law on judges garnered criticism from an international judges’ association; and reforms passed by MPs that should have become effective in October, changing various aspects of the prosecution system to make it more transparent and open, were blocked by the Constitutional Court. 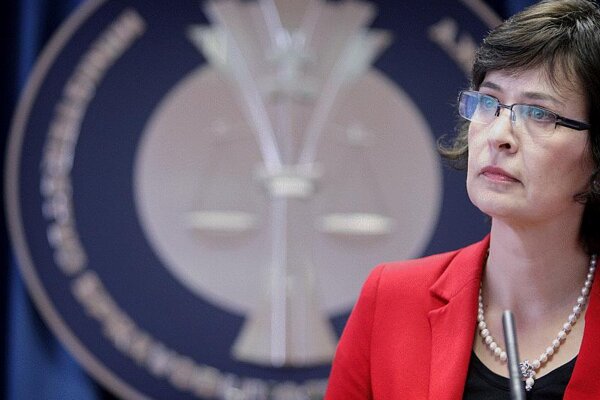 SEPTEMBER was not a very successful month for Slovakia’s Ministry of Justice. Changes the ministry is seeking in the law on judges garnered criticism from an international judges’ association; and reforms passed by MPs that should have become effective in October, changing various aspects of the prosecution system to make it more transparent and open, were blocked by the Constitutional Court.

Nevertheless, Justice Minister Lucia Žitňanská maintains that her ministry’s actions have been in line with the government’s programme statement and pledges to continue pursuing further changes in the country’s judicial system.

An amendment to the law on prosecution, passed by parliament in June, that the Justice Ministry expected would make the work of prosecutors and prosecutors’ offices more transparent will not take effect this month as the Constitutional Court ruled on September 27 that it is blocking application of the amended law following a complaint submitted by acting general prosecutor Ladislav Tichý, who claimed that the changes would politicise the work of prosecutors.

The June amendment to the law on prosecution required, among other changes, that prosecutors publish their decisions on the internet and that a person cannot serve as general prosecutor for more than one seven-year term. The amendment also required that new prosecutors would henceforth be appointed by a six-member selection committee. This would have reviewed candidates instead of them being appointed by the general prosecutor, as is currently the case. The amendment specified that the selection committee would consist of three members chosen by parliament and three members chosen by prosecutors’ offices.

The court’s ruling was in response to Tichý’s multiple objections to the changes initiated by the amendment, including the new selection procedure. Žitňanská had based the change in the selection method for new prosecutors on the system adopted by parliament in February for selecting new judges.

“We respect the ruling of the Constitutional Court and thus we must respect, for instance, that [future] prosecutors will be selected behind closed doors by Mr Tichý and Mr Trnka [the former general prosecutor and now a deputy to Tichý],” Žitňanská said in reaction to the court ruling.

Criticism from European Association of Judges

Žitňanská’s legislative package regarding judges also received criticism in September. Earlier in the month, the European Association of Judges (EAJ) passed a resolution concerning proposed or adopted amendments relating to the status of judges in Slovakia and their conformity with international judicial standards in which the association expressed concern “that several of the amendments under examination are used to increase the overall influence of the government on the judiciary”.

The EAJ wrote that Slovakia’s method for nomination, appointment and promotion of judges is problematic, noting that three of the five members of the selection committee that will choose new judges are appointed by the justice minister and that this is “against the current tendency in all international standards”. Another issue presented in the resolution concerns disciplinary proceedings against judges, with the EAJ stating that these can be exclusively initiated by the minister of justice.

The EAJ also criticised Žitňanská for what it called unjustified criticism of the judiciary, writing that there has been “inappropriate criticism of court decisions and specific comments expressing unfounded doubts about the correctness of judicial decisions, as well as the making of offensive statements by representatives of the executive and legislative [branches] addressed to judges and to the judiciary as a whole”.

The EAJ stated that it undertook its review of changes in Slovakia’s legislation at the request of the Slovak Association of Judges (ZSS). After the EAJ released its resolution, the ZSS called on the Slovak government to make sure the country’s laws on judges are in accord with international standards and Slovakia’s constitution.

“The whole selection process is public and its maximum transparency provides space for the public, the non-governmental sector, judges, as well as the ZSS, to review the process and point out any doubts that should be raised,” Žitňanská wrote to the EAJ.

“The fact that the Judicial Council lost the right to file proposals for disciplinary proceedings against judges came only as a logical step in preventing the Judicial Council from having the posts of both plaintiff and judge, since the Judicial Council creates disciplinary senates,” Žitňanská stated, adding that this approach is in accord with EAJ’s principles.
Judges grouped within the initiative called For Open Justice (ZOJ) backed up Žitňanská’s charge that the criticism in the resolution prepared by the EAJ was based on incorrect information, with representatives of ZOJ telling the media that it was the fault of the Slovak Association of Judges that the EAJ had faulty information.

Slovakia’s parliamentary opposition quickly seized on the criticism made by the EAJ, and the leader of Smer party, Robert Fico, stated his party may initiate a no-confidence vote in the justice minister. Fico accused Žitňanská of using her 14 months as minister to “do away with Supreme Court President Stefan Harabin” and to politicise the judiciary and the prosecutors’ offices.

“Slovakia’s judiciary does not deserve a minister like this,” Fico told a press conference on October 3.

Žitňanská said on October 4 that the changes she is pursuing as justice minister are based on the programme statement adopted by the government in 2010 and that she sees it as her duty to follow that document.

“Surprisingly, after four years [Fico] discovered the judiciary and started acting as if the previous four years of his government had been a walk in the rose garden for all ‘inconvenient’ judges; as if there had not been chicanery in lawsuits, as if foreign diplomats had not come to watch disciplinary proceedings, as if there had not been a problem of cronyism at courts, as if we forgot about passing notes and influencing courts’ rulings,” she stated.

Parliament’s committee on constitutional and legal affairs debated the second package of changes to the law on judges proposed by the Justice Ministry on October 4. At that hearing Žitňanská told the committee that she considered reintroduction of a system for evaluation of judges as the most important change in the package, something she said the Fico-led government had abolished.