THREE governments and five ministers of defence: that is what General Ľubomír Bulík has seen in the seven years he held Slovakia’s top military job. But now he is going, and while the defence minister has stated that the armed forces need a breath of fresh air and that a change at the top will do them good, Bulík’s farewell message was different: what the armed forces need is more money. 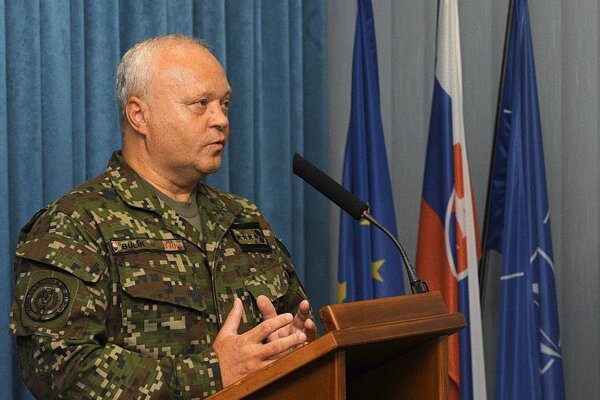 THREE governments and five ministers of defence: that is what General Ľubomír Bulík has seen in the seven years he held Slovakia’s top military job. But now he is going, and while the defence minister has stated that the armed forces need a breath of fresh air and that a change at the top will do them good, Bulík’s farewell message was different: what the armed forces need is more money.

General Bulík announced that he would leave his post as head of the General Staff of the Slovak Armed Forces on December 1 and that he will retire.

“I’m not bidding my farewell yet, I’m leaving as of December 1,” Bulík told a press conference on September 30. “However, from this place I’d like to thank all the professional soldiers for their top-quality work.”

Under Bulík’s leadership the Slovak Armed Forces have regularly topped the rankings as the most-trusted state institution. But at the same time Slovakia’s military has felt the impact of being underfinanced, with leaders in the Defence Ministry and the armed forces as well as independent observers and national security experts saying that the military has been poorly financed for years. Bulík stated that it needs a “financial shot”.

Bulík said he will be leaving his post based on a mutual agreement with Defence Minister Ľubomír Galko.

Nevertheless, Slovak media have reported there has been discord between Bulík and Galko for some time.

“It is a forced departure, caused by pressure on him, the lack of finances which the minister did not secure, and relations with the minister and the people around him,” said Jozef Viktorín, a former colonel in the General Staff, as quoted by the Pravda daily.

Galko’s predecessor as defence minister, Jaroslav Baška of the Smer party, also said there had been conflicts between Galko and Bulík and called Galko “incompetent”.

Another point made by the Sme daily is that Galko and a reformist wing around the ministry’s state secretary, Róbert Ondrejcsák, believe they need new people in the military leadership to be able to push through additional reforms.

“We need a fresh breeze here,” Galko said at his press conference. Several other generals holding important posts in the military have been reshuffled in their positions as well.


It is not yet clear who will replace Bulík. When he leaves in December, his duties will be exercised by Miroslav Kocian, recently named first deputy head of the General Staff after previously serving as head of operations for the General Staff.

The changes that Galko plans to initiate in the armed forces are in what the minister calls the White Book of Defence and have been based on the Strategic Defence Review ordered by the ministry in autumn 2010.

Analyses of the preliminary results of that review have found that the Slovak Armed Forces are in an alarming state: the readiness of units to lead military operations is problematic and the operational preparedness of several Slovak army units has fallen, according to a think tank, the Centre for European and North-Atlantic Affairs (CENAA).

The ministry has stated that the problems stem from a recurrent shortage of resources allocated to the defence department in the state budget. Funds allocated to defence have been close to one percent of GDP in recent years, even though Slovakia made a pledge in 2004 to spend at least 2 percent of GDP each year on defence once it became a member of NATO.

After the most recent round of talks on October 5 concerning the state budget for 2012, the Defence Ministry stated that it needs €78.5 million more than it has been allocated in the draft budget, the TASR newswire reported.

Experts worry that if the financial shortfalls continue the Slovak Armed Forces might lose not only its ability to fight effectively but also its capability to meet international obligations.

“Our tiny defence budget forces us to lower the number of soldiers in overseas missions, lower the number of missions, and leaves our soldiers working with worn-out equipment,” Samuel Arbe, the executive director of CENAA, told The Slovak Spectator earlier this year. “All this creates the image of a less responsible and less reliable partner, while the work of Slovak soldiers becomes harder and more dangerous.”