SINCE the natural gas crisis in January 2009, when Russian gas flowing via Ukraine was completely halted, concerns about the availability of natural gas are raised before each winter heating season. While Ukraine has reassured Slovakia that its supply will remain trouble-free this winter, Slovakia has continued to expand its gas storage capacities and extend its distribution infrastructure to give the country more options in the event of supply problems. 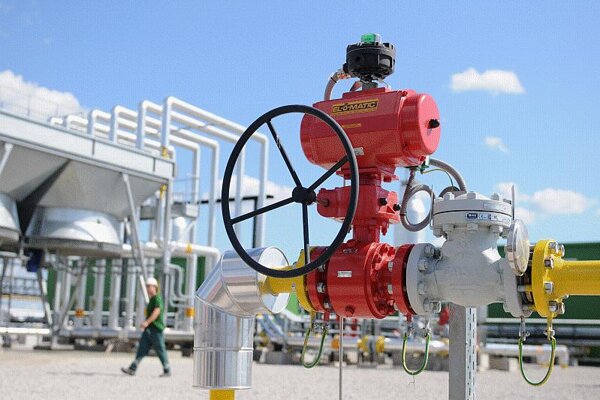 SINCE the natural gas crisis in January 2009, when Russian gas flowing via Ukraine was completely halted, concerns about the availability of natural gas are raised before each winter heating season. While Ukraine has reassured Slovakia that its supply will remain trouble-free this winter, Slovakia has continued to expand its gas storage capacities and extend its distribution infrastructure to give the country more options in the event of supply problems.

“I received an unambiguous answer that Ukraine will deliver the contracted amounts of gas,” stated Slovak Foreign Affairs Minister Mikuláš Dzurinda, as quoted by the TASR newswire, after meeting Ukrainian Prime Minister Mykola Azarov on September 5. Azarov gave Dzurinda assurances that Ukraine will be a reliable partner and that the 2009 crisis will not be repeated. Earlier in September the Economy Ministry assured citizens that the country is prepared for the winter season and for any crisis that might emerge.

In the event of supply problems from the east, the ministry said Slovakia could rely on natural gas stored in underground storage facilities in western Slovakia, as well as on alternative supply contracts that the country’s gas utility, SPP, signed with E.ON Ruhrgas and GDF Suez after the 2009 crisis, the SITA newswire wrote. Consumption of natural gas last year in Slovakia amounted to 5.7 billion cubic metres, and about 98 percent of that was imported, the Economy Ministry reported.

Nafta, the biggest Slovakia’s gas storage company, is continuing to boost capacity to ensure the wider availability of natural gas. It recently completed the second and most important phase of a new gas storage facility near the village of Gajary in Bratislava Region.

On September 6 the company officially opened its control centre for the new facility. The company has spent €106 million so far on the project, which should be completed in 2014 at an overall cost of €166 million.

“By opening the Gajary-Báden project, which is part of the up and running Láb complex of storage facilities, Nafta’s storage capacity will increase to 2.5 billion cubic metres,” said Alexander Spies, chairman of Nafta’s board of directors at the opening ceremony. “This represents a full 50 percent rise [in capacity] within one decade, from 2003 to 2014.”

Nafta initiated the Gajary-Báden project in response to increased market demand and when the entire project is finished it will add about 500 million cubic metres of storage capacity.

“In addition to the improved security of gas supplies, the importance of the Gajary-Báden project lies in the support of a liberalised gas market, thus strengthening the position of Nafta’s storage facilities in the central European energy industry,” said Martin Hollý, Nafta’s CEO at the opening.

The role of underground natural gas storage facilities is to balance the seasonal differences in gas consumption between summer and winter seasons. It has even more strategic importance in Slovakia since gas supplies entering the country are not very diversified. With the changing environment in the energy market, Nafta earlier this year developed new storage possibilities for its customers by allowing them to inject and withdraw gas and to change their entry and exit points at any time during the year, according to a company press release.

The significance of Nafta’s expansion project in terms securing the reliability of gas supplies in central and eastern Europe has been recognised by the European Commission, the company added. The EC provided a grant of €3 million that was used to interconnect Nafta’s facilities in Láb and Gajary-Báden, adding new entry and exit points to the existing transmission system.

“The challenge was that our biggest storage area is located at a depth of 600 metres and we had to drill through it,” said Ladislav Goryl, the head of Nafta’s underground storage facilities division, while showing a piece of rock from the geological deposit, which has 20 percent porosity, and actually stores the gas.

Goryl explained that the development of any underground gas reservoir depends on the parameters of the rock deposit where the storage facility is to be build, adding that a high-standard reservoir should be sufficiently porous as well as permeable so that gas can be injected and withdrawn most easily. Additionally, the reservoir must be geologically well-sealed to retain the gas.

Russia is diversifying its available transmission routes for natural gas exports and in September started adding natural gas to the first of two planned Nord Stream pipelines that both bypass Ukraine. Commercial operation is expected in early November. This €7.4-billion project includes two roughly parallel pipelines constructed across the Baltic Sea with an annual capacity of 55 billion cubic metres of gas.

Nord Stream is the biggest energy project in Europe, the TASR newswire wrote, and by constructing these routes Russia will bypass all other countries and have a direct connection into western Europe.

“Everything is proceeding in line with our forecast since 2008,” Vahram Chuguryan from Eustream told The Slovak Spectator. “Despite the negative short-term effect we firmly believe that the growing role of gas in the EU’s energy policy, as well as recognition of natural gas as an environmentally-friendly fuel, will lead to a strengthened role for Eustream’s gas transmission system in the medium and long-term horizon and that the short-term drop [in gas transmission] will be compensated.”

Eustream is also actively constructing new interconnections with other natural gas pipelines such as the Slovak-Hungarian gas interconnector.

“The strategic importance of the project lies in ensuring access to the new sources of gas supply in the form of a ‘bridgehead’ to the planned South Stream and Nabucco pipelines and to the LNG terminal in Croatia,” Chuguryan added. “Furthermore, we are working on introduction of new market products such as day-ahead flexible booking as well as introduction of a national virtual trading point.”

Construction of the Slovak-Hungarian gas interconnector was advanced recently when a memorandum of understanding was signed in early September by representatives of Eustream and Országos Villamostávvezeték (OVIT), a member of the MVM Group and a leading player in the energy sector in Hungary.

The interconnecting pipeline is expected to be in operation by January 2015 and will have a length of about 115 kilometres, connecting the high-pressure gas transmission system in Veľké Zlievce in Slovakia with the Hungarian network near the village of Vecsés in the suburbs of Budapest. The total investment is expected to be more than €100 million, of which the EU will provide about €30 million from its European Energy Programme for Recovery.

Karel Hirman, the director of the Energy Policy Section at the Slovak Innovation and Energy Agency (SIEA), expects that the launch of the Nord Stream pipelines will reduce gas transiting Slovakia.

“The long-term contract on gas transmission via Slovakia signed in 2008 with Gazexport already planned on the launch [of Nord Stream],” Hirman told The Slovak Spectator. “Thus, it is possible to really expect that during the next two years the transmission of gas via the Ukrainian-Slovak transmission corridor will decrease relatively notably due to Nord Stream, into which Gazprom will redirect not a small portion of its gas supply.”

Hirman added that current developments in the gas market in the EU, which do not confirm the rapid increase in consumption of Russian gas that had been predicted when the German-Russian contracts were signed, also indicate that there will be some falloff in gas transiting Slovakia.

In addition to the Nord Stream project, the South Stream pipeline is planned to transport Russian natural gas across the Black Sea to Bulgaria and then on to Greece, Italy and Austria, as well as the Nabucco pipeline that will run from Erzurum in Turkey to Austria, both of which will further diversify natural gas suppliers and delivery routes in Europe.

“Construction of South Stream, a new route from Russia to the European Union which would bypass the Ukrainian-Slovak corridor from the south, is mainly a political project under the current situation in the EU gas market, and its primary goal is to solve disputed issues between the Russian Federation and Ukraine,” Hirman stated. “Nabucco is also for now more a political project, even though at question in this case is gaining access to new, highly-prospective natural gas deposits in central Asia for EU markets.”

Hirman believes it impossible at this time to predict the impact of these projects on the transmission route across Slovakia but thinks that building new pipelines into the EU should not have a duplicative character and that the EU should support their construction only when they secure a new source of gas or they create a new transmission route that can be used to cover increasing consumption.