THERE are a lot of things galleries can do that are not hugely expensive and that will allow people to view work online, says Marc Sands, director of audiences and media at the Tate Gallery in London. Sands gave two well-received lectures on the future of galleries and print newspapers in the digital age as part of the recent Bratislava Art Festival (BLAF). 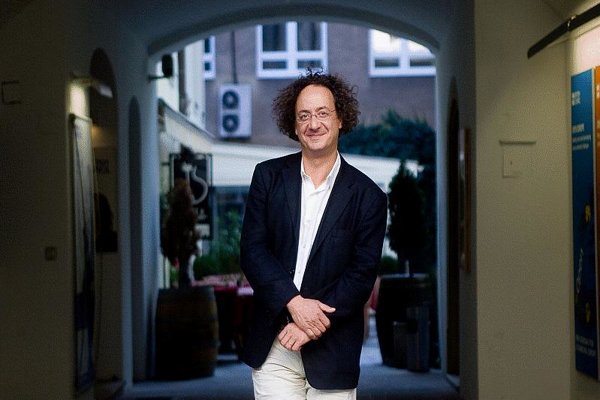 THERE are a lot of things galleries can do that are not hugely expensive and that will allow people to view work online, says Marc Sands, director of audiences and media at the Tate Gallery in London. Sands gave two well-received lectures on the future of galleries and print newspapers in the digital age as part of the recent Bratislava Art Festival (BLAF).

The festival, which took place between September 30 and October 5, involved more than a week of lectures, workshops, discussions, exhibitions and other events in the Slovak capital. This year the BLAF worked with the British Council to bring in Sands, who gave his first presentation on October 3.

The packed room saw a vivid interchange between Sands and the Bratislava art community on how to attract people to galleries, and how to foster an understanding of art among the wider public. His second lecture was entitled Life with the Media, and took place the next day at the University of Economics within the Forum of Inspirational Ideas, partnered by the Trend weekly. Before beginning at the Tate, Sands worked as a marketing director at the Guardian newspaper and this lecture focused more on the British newspaper and how it hopes to continue to attract readers in a fast-changing media environment. The Slovak Spectator discussed with Sands how new technologies have changed the art and media worlds, and how they can be used to enhance and enliven it.

The Slovak Spectator (TSS): How do you see the future of galleries? Do you think there will be only virtual galleries one day?

Well, virtual galleries already exist now, but no, I don’t think that solely virtual artworks will exist in the future. For me, the question is not the real thing versus the digital thing. I think the real thing will always win. There is no question in my mind – is it better to see the Mona Lisa in real life? Of course it’s better! But I think the fact that we are able to show you here, in Bratislava, what’s in a gallery in London right now, is fantastic. If you can see that, then there is a great chance you will think, “What an interesting work, why not go and see it in London?” So for me, it works both ways. It’s not just marketing trying to get you in. It is also trying to give you the opportunity to see it, especially if for some reason you can’t make it to the gallery.

As for the Tate, we are putting all our collections online because I believe that people should have many different choices regarding how they want to view art. You might get to a gallery twice a year, or you might get to one every day - but most people don’t. If you saw a picture in the gallery and then want to have a look again then it’s wonderful to have that opportunity.

TSS: What can galleries do to attract people that would not be too costly?

Solutions are much less expensive than people think. There are a lot of things galleries can do that are not hugely expensive and that will allow people to view work online. To me the problem seems not so much expense but rather that the technology feels new, scary: galleries can be very radical, but sometimes they are very conservative. Within the digital space they have displayed more conservatism than radicalism. The world is moving incredibly fast and for a largely visual media to fail to engage in the online world and take full advantage of it seems weird. The other thing I’ve learned is that you need to go with the audience. People under a certain age spend all their time at a computer. So you need to be there too or else you will get lost and ignored. And the case of galleries is not like that of newspapers, where internet content is basically the same as print content. If you can get it for free and the delivery mechanism is easy and comfortable, then of course you choose that. News on paper is getting a little prehistoric. I still enjoy it, but people under 40 don’t.

TSS: Do you like art? Do you have artworks at home?

I do like art, although I’m not an art historian. I like art the way normal people like art. But that’s not why the Tate hired me. They hired me because of my skills with audiences, the internet and marketing.

I think you really have to love the job. I enjoyed working for newspapers, and I find art amazing. You have to care, I would say, in this sort of world. If you work for newspapers – or in the art world – and you don’t really love it, you don’t really care about it, you struggle. These are complicated worlds, full of people who are immense enthusiasts; and if you are not an enthusiast, it’s difficult. But you don’t have to be an art historian to be an enthusiast. And it used to be the same at the Guardian. I think what the Tate is trying to do in forming, educating and enhancing people’s enjoyment of art, that’s a fantastically simple reason to exist. If you understand that, then everything makes sense. If you don’t understand that, then it will be difficult for you.

TSS: What other ways are there, apart from technology, to get wider audiences – and especially young people – to exhibitions?

The thing with art is that it’s like a muscle: you have to learn how to use it. Most teenagers would be scared or think it’s not interesting, it’s not for them. And we have to say to people “This is not just a game for the elite; of course it’s for you. And if you like it, that’s wonderful; and if you don’t like it, that’s absolutely wonderful, too”. But the more art you see,
the less scared you will be.

The best way – but not always doable – is to get a curator and listen to him or her. Otherwise people look around and they have no idea what they’re looking at. If someone can put the art in some sort of context, that would change things; and here again, I see the space for internet and digital media to help. But with a curator, the story suddenly comes alive – and then you want to go back, you want to read more. And it’s those small moments that make it all worthwhile, when you listen to people describe how one day a miracle happened when they heard something about art, when someone explained it for them. And it blew their minds.