A LITTLE over one month has elapsed since Slovakia’s revamped Labour Code became effective. While this may be too short a time to assess its full impact, the new legislation has already moved Slovakia into the top 10 OECD countries with the most flexible labour codes. 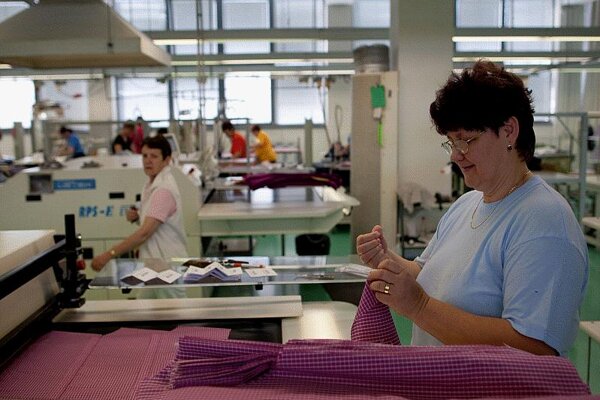 A LITTLE over one month has elapsed since Slovakia’s revamped Labour Code became effective. While this may be too short a time to assess its full impact, the new legislation has already moved Slovakia into the top 10 OECD countries with the most flexible labour codes.

When the Slovak Parliament adopted the revised legislation on July 13, Jozef Mihál, the minister of labour, social affairs and family, welcomed it as good news for Slovakia.

“It is a huge and very strong signal to anyone pondering investments [here, whether they are] in Slovakia, elsewhere in Europe, or anywhere in the world,” Mihál said, as quoted by the SITA newswire, after the final voting. He forecast that the changes that it heralded would create some tens of thousands of jobs.

Employers have been mainly positive in their reaction to the new Labour Code, which became valid on September 1; they certainly perceive it to be a step towards making the legislative framework governing relations between employers and employees more flexible. But they say that their expectations were originally higher.

“The final wording [of the new Labour Code] does not solve all the requirements of employers and all the problems of the labour market,” Martin Hošták of the National Union of Employers (RÚZ) told The Slovak Spectator.

Meanwhile, trade unions are not disguising their dissatisfaction with the law, saying that employers will mostly use the new code to get rid of employees rather than hire new ones.

“Experience so far, based on signals from individual trade unions within the Confederation of the Trade Unions of the Slovak Republic (KOZ), which received them from some companies and organisations, are that employers are using the new Labour Code as well as the crisis to bid farewell to employees or keep them in a state of uncertainty [about whether they will remain employed],” KOZ spokesperson Otto Ewiak told The Slovak Spectator.

The changes introduced by the amendment to the Labour Code include, in a nutshell: cancellation of parallel entitlement to a layoff notice period and severance pay; longer periods for fixed-term employment, which can now be agreed for up to three years, with extensions or renewals allowed three times in a three-year period; a longer layoff notification period for employees with long service in the same job; and greater protection for mothers and pregnant women.

The amendment also restricts the voice of a small union within a workplace and sets a 3-percent limit on the profit margin for companies selling meal vouchers.

Furthermore, the revision removes a restriction on longer overtime hours; eases drawing of compensatory leave; sets lower premium payments for overtime work and allows more night shifts; mandates a longer probationary period for managers; establishes five weeks of annual holiday for employees aged 33 and older; eliminates special advantages held by state managers; and gives the go-ahead for employers to share one job among two or more employees. Six different minimum salary or wage levels are maintained in the Labour Code, based on the nature of each job and its qualifications. The amended code requires that at least 30 percent of employees in a particular firm must be members of a union for it to have the right to negotiate on their behalf.


The labour market is more flexible

According to the Financial Policy Institute, part of the Finance Ministry, the reform of the Labour Code improves the flexibility of the labour market. It makes temporary employment more flexible and reduces the strictness of rules when using temporary employees.

“The more flexible Labour Code should contribute to the creation of new jobs,” the institute wrote in late September. “It should have a positive impact, especially during expansions. The flexibility of the labour market helps especially low-income groups.”

According to the institute’s calculations, the reform reduces the rigidity of the labour market, as measured by the so-called Employment Protection Legislation Index elaborated by the OECD, by 0.3 points to 1.94 points. Thus, compared with other countries, it will fall significantly below the OECD average of 2.24 percent to become the tenth lowest in the club of industrialised countries. But the institute points out that the data from other countries dates back to 2008.

Hošták, of the RÚZ, points out that neighbouring countries have not been idle either and are now making their labour codes more flexible too. This is currently true of the Czech Republic and Hungary, and means that Slovakia must continue to improve its competitiveness, said Hošták.

The trade unions warn that ‘flexible’ may also mean that employers may ‘flexibly’ get rid of their employees.

“It is necessary to look at the law in practice,” said Ewiak. “The provisions of the Labour Code that employers along with the cabinet pushed through are not a guarantee of higher employment; this is created by a complex of several economic and social factors.”

The RÚZ said it perceives in a positive light those changes which have contributed to more flexible and transparent working relations. Here Hošták listed the cancellation of compulsory severance pay, and the introduction of the possibility to provide money instead of all or part of a layoff notice period; the extension of the possibility to use fixed-term employment; and the introduction of the so-called flexi-account, i.e. working-time accounts.

As well as these changes, the Federation of Employers’ Associations (AZZZ) also perceives as positive the change in philosophy for negotiations regarding labour conditions, where the Labour Code now allows, within collective bargaining but also as part of an agreement with an employees’ board, for working conditions to be adjusted in a way that differs from the regulations of the Labour Code.

“This places more stress on social dialogue, whereas before the focus was almost exclusively on wage growth,” Rastislav Machunka, vice-president of AZZZ, told The Slovak Spectator.

KOZ has not recognised any positive impacts from the new Labour Code, but reported that it has made it easier for employers to force employees, for example, to work more overtime.

“Also, we at KOZ receive e-mails describing practices by some employers who force their employees to work during holidays without extra payment, or in extended shifts which are unsupported by the Labour Code, but at the threat of being sacked,” said Ewiak. “This is difficult to prove because people are really scared of losing their jobs. Many of them have previous bad experiences. Even when they turned to the trade unions they failed to wait for a proper solution due to the weak enforceability of the law in Slovakia.”