THOUGH it was not the immediate state of the national finances that brought down the government of Prime Minister Iveta Radièová, its fall means the next state budget – covering 2012 to 2014 – is now in some doubt. 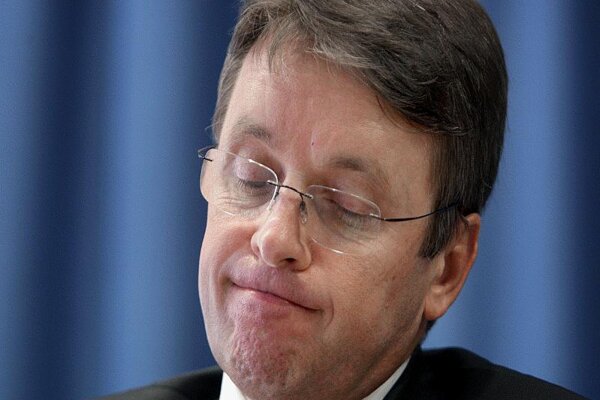 THOUGH it was not the immediate state of the national finances that brought down the government of Prime Minister Iveta Radièová, its fall means the next state budget – covering 2012 to 2014 – is now in some doubt.

A day after the junior coalition member Freedom and Solidarity refused to support changes to the eurozone bailout mechanism, thereby precipitating the fall of the government, the Radièová cabinet still managed to agree on a modified version of the draft budget. It presents a deficit of €3.3 billion, with income at €15.4 billion and expenditure at €18.7 billion.

The overall public finance deficit is estimated to decrease from 4.9 percent of GDP in 2011 to 3.8 percent in 2012, with the 3-percent threshold required by European budgetary rules due to be achieved in 2013, the TASR newswire reported.

If parliament fails to approve the state budget by January 1, 2012, Slovakia will have to operate on a provisional budget, which in effect means following the contours of the 2011 budget. The law stipulates that the cabinet is obliged to submit a draft state budget to parliament by October 15.

Ruling coalition members said they would strive to reach accord over the state budget despite the current political turbulence. Slovak Democratic and Christian Union (SDKÚ) chair Mikuláš Dzurinda said he expected SaS to vote for the draft, the SITA newswire reported.

Agreement on the state budget was reached with SaS on October 12, according to Finance Minister Ivan Mikloš.

“I would consider any conditions [by SaS] for fulfilling this agreement to be inappropriate,” he said, as quoted by TASR.

However, the draft budget partly assumes revenue from a reform of tax and levy collection that had been making its way through parliament.

Labour Minister Jozef Mihál, a nominee of SaS, expressed optimism on October 12 about the prospect of getting the payroll-levy reform approved by MPs.

“As far as the tax-levy overhaul goes, I’m proceeding as if nothing has happened,” Mihál said, as quoted by TASR, adding that talks with representatives of the self-employed and artists, who had criticised the reform for what they described as its negative impact on certain groups of self-employed people, had been going well.

But the next day, October 13, Mihál was forced to concede that the reform would be dropped after all, citing information he had received from Radièová. Mihál said he regretted the decision to abandon the reform, and noted that he had spent more then a year working on it.

Mihál’s own position as minister is now uncertain, as Prime Minister Radièová and the ruling coalition leaders have called for the resignation of all SaS-nominated ministers.

Any failure to push through changes to the financing of local governments – the so-called tax mix – or changes to taxes on banks might also take a toll on Mikloš’ budget, which prioritises spending on education, transport and health.

Opposition leader Robert Fico has already said that his Smer party will not support a budget drafted by the centreright parties.

“During the approval of the state budget we will behave as a typical leftwing party,” Fico said on October 12.