What legacy does the Radičová cabinet leave ?

IVETA Radičová and her cabinet are leaving after only one year and four months in their posts. Time will tell whether this was long enough for Slovakia’s first woman prime minister and her cabinet to have left a lasting mark on the country and be remembered as they wanted to be seen: as a government bringing transparency to public affairs and managing the economy responsibly. 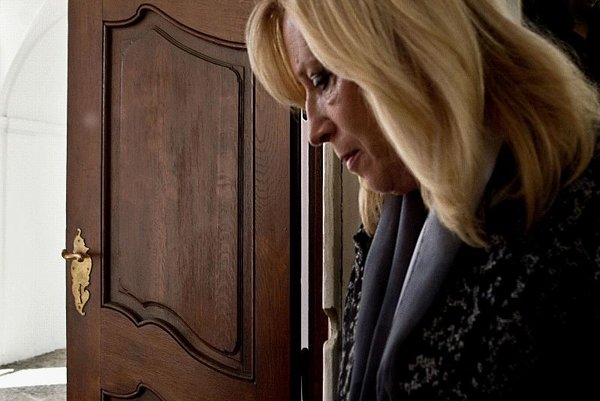 IVETA Radičová and her cabinet are leaving after only one year and four months in their posts. Time will tell whether this was long enough for Slovakia’s first woman prime minister and her cabinet to have left a lasting mark on the country and be remembered as they wanted to be seen: as a government bringing transparency to public affairs and managing the economy responsibly.

Though Radičová and her cabinet had not been formally dismissed as The Slovak Spectator went to print on October 20, and it remained quite possible that she would continue as prime minister until the election next March, it is unlikely that she and her cabinet will be able to undertake any further reforms or implement groundbreaking measures during the interim period. The end came for some ministers before they managed to initiate any major changes in their areas of responsibility, while others were able to use their brief time in power to implement several elements of the programme statement adopted in 2010.

History will surely remember Iveta Radičová as the first woman to head a Slovak government and the first academic to occupy the chair of prime minister.

“Both these factors are immensely important because they helped the office to acquire some seriousness when compared to [Radičová’s] predecessors in the post,” political analyst Miroslav Kusý told The Slovak Spectator.

But the Radičová government had too little time to leave a strong impression on voters, Kusý
added. That opinion was shared by Darina Malová, the head of the Political Sciences Department at Comenius University in Bratislava.

“Another thing is that clearly-defined reforms were absent,” Malová said, adding that the changes the government started, including the tax reform, health-care reform, and reforms in highway construction, brought relatively few concrete results.

Some of what the government enacted, such as the increase in the VAT rate, was not positively perceived by citizens, as the government took office during a period still affected by the global economic crisis and an increase in global commodity prices.

But Grigorij Mesežnikov, the head of the Institute for Public Affairs (IVO), was more sanguine about the impression Radičová’s cabinet has made on voters.

“After some time passes, the evaluation will be more sober,” Mesežnikov told The Slovak Spectator. “For the moment, emotions prevail and the impression at first sight is that the government fell due to its inherent instability.”

A more analytical approach will show that the government of Iveta Radičová stabilised the country economically and introduced elements of transparency, Mesežnikov argued.

“After all, it was a government that with the exception of one issue – although that was an important issue – reached agreement on all programme points [of its statement],” Mesežnikov stated, adding that the approach of all four parties was similar: towards more transparency and liberalisation of the economy.

Analysts concede that Radičová lacked strong backing within her own party but at the same time rejected the criticism that she was a weak prime minister, as the opposition has claimed throughout her term.

Mesežnikov called her position within the coalition “untraditional”. “It would surely have been stronger if she had led the party she represented,” Mesežnikov stated, noting that given everything Radičová’s government had achieved her position was not weak, as Robert Fico of Smer party had attempted to convince the public.

“History will remember this government via political factors, mainly the conflicts within the coalition,” Malová told The Slovak Spectator.

But Mesežnikov rejected the idea that a clash of opinions was behind the cabinet’s failure to rule for longer – something that Fico began suggesting as early as July 2010, when the new government was formed.

The constant disputes within the coalition are typical for broad alliances such as the one that Radičová led, Kusý commented.

“Democracy is a hard way of ruling when it is carried out sincerely,” Kusý said. “But we know nothing better than that. [Democracy] brings along the need to debate and to debate really hard. There is no way to go on unless an agreement is reached.”

For that reason Kusý argues that the need to constantly discuss everything and struggle to find agreement within the ruling coalition was not a minus for the government, as Fico had tried to make it appear.

“It proves that they were equal partners and not puppets on strings that just did what they were told,” Kusý said.

When the media and political analysts evaluated Radičová’s first year in power this June, the measures that were most often praised included the requirement that public institutions publish all their contracts online and the enactment of several changes in the judicial system, such as the amended laws on judges and public prosecutors’ offices. Observers of the Slovak political scene also mentioned the anti-corruption and transparency measures introduced by the Defence Ministry as significant pluses for the government.

Four months later, as the government ends its rule, most observers are of the opinion that Justice Minister Lucia Žitňanská was among the most successful ministers in making marked changes, while the education minister and the health minister were the two most widely-criticised members of the cabinet.

Kusý strongly believes the most significant reform made by the Radičová cabinet was its unprecedented transparency: there was open debate about various issues and these issues were discussed in public rather than being kept behind closed dooors.

Regardless of what government takes power after the March elections, analysts believe it will not be easy to do away with the pro-transparency measures introduced by the outgoing cabinet, particularly the obligation for public bodies to publish their contracts online.

“I believe that in a way it will have to be preserved because civic movements, NGOs and activists would criticise it [if these measures were cancelled altogether] but I presume there will be some minor modifications,” Malová told The Slovak Spectator.