NEITHER the fall of the government of Iveta Radičová nor the desire of the main opposition party Smer to halt the transformation of hospitals into joint-stock companies has changed the minds of doctors about their current mass protest. Hospital doctors submitted their resignations en masse in September to demonstrate their opposition to the Health Ministry’s plan to change the legal form of state-run hospitals. They are also demanding more health-care funding, higher salaries and adherence by hospitals to the Labour Code. 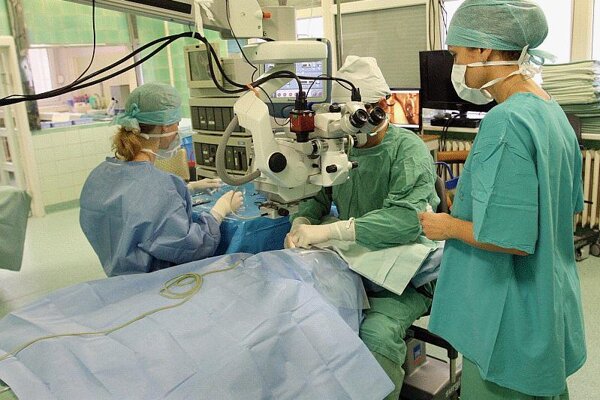 NEITHER the fall of the government of Iveta Radičová nor the desire of the main opposition party Smer to halt the transformation of hospitals into joint-stock companies has changed the minds of doctors about their current mass protest. Hospital doctors submitted their resignations en masse in September to demonstrate their opposition to the Health Ministry’s plan to change the legal form of state-run hospitals. They are also demanding more health-care funding, higher salaries and adherence by hospitals to the Labour Code.

Health Minister Ivan Uhliarik and representatives of the doctors’ trade unions failed on October 19 in yet another attempt to find a compromise. Nevertheless, Smer has offered the protesting physicians some consolation by submitting a parliamentary proposal to halt the transformation of hospitals – a process which was approved by parliament earlier in 2011 and should be completed by the end of the year.

“The fall of the government does not change anything … we still insist on our four demands and the need for urgent steps to secure a functioning system of health-care provision in Slovakia,” said Marian Kollár, chairman of the Medical Trade Unions Association (LOZ). “Since the health-care system is in a critical condition in Slovakia it is crucial, regardless of who will be our partner on the other side, to find constructive solutions and take prompt steps to repair the current situation, which is endangering citizens’ health.”

Another round of negotiations to resolve the situation created by the decision of 2,411 doctors working in hospitals across Slovakia to submit their resignations on September 29 is scheduled for the last week of October. Nevertheless, on October 17 the doctors’ union said that it was continuing to seek resignations from doctors.

Uhliarik restated that the law which stipulates the change of legal form for hospitals is still valid and his ministry has to follow it, despite the fall of the government following its failure to secure the confidence of parliament in a vote on October 11.

The unions and Uhliarik did make some progress when they agreed to establish an expert group consisting of representatives of the union and ministry to assess the unions’ proposal for salary increases.

The chairman of the parliamentary health committee, Viliam Novotný of the Slovak Democratic and Christian Union (SDKÚ), said that doctors should follow the example of teachers and suspend their protest activities in light of the current political situation.

Kollár responded that the transformation of hospitals is continuing and that a halt to this process is a pre-condition for meeting the doctors’ other demands as well.

In early October, Uhliarik, who was nominated to his post by the Christian Democratic Movement (KDH), said that some doctors were withdrawing their resignations and that the ministry would continue encouraging others to do so. The ministry also said that hospital directors would accept the withdrawal of resignation letters only until the end of October.

Kollár has repeatedly denied that any doctors have withdrawn their resignations, which are due to come into effect at the end of November.

“We are continuing to collect termination notices even from those colleagues and those hospitals which for various reasons did not join us in the first wave,” Kollár told The Slovak Spectator, adding that the number of resignations is increasing every day and that he did not know of anyone who had withdrawn their resignation because of the fall of the government.

Meanwhile, the opposition has been arguing that the transformation of hospitals should not go ahead as the interim government of Radičová is what Smer leader Robert Fico called “non-existent”.

“It is a harsh intervention in the health-care system and decisions about such steps should be made by a government,” Fico said, as quoted by the SITA newswire.

Uhliarik has argued throughout the dispute, as he did in the lead-up to the parliamentary vote that authorised the transformation of the hospitals into joint-stock companies, that the process will stop waste and the ineffective use of public funds.

“Endless indebtedness is the road to perdition and this is also the case with hospitals,” Uhliarik stated, as quoted by SITA in early October. “The condition of some state hospitals is bad. This is because of debt and ineffective financial management. And we want to change this.”

The revision to the law on health insurance companies assumes the transformation of 31 hospitals, and parliament has already approved €350 million to clear their debts. The sole shareholder in the joint-stock companies will be the state.

LOZ leader Kollár commented that the poor financing of health care and what he called the “bankrupting limits” set by health insurers on how much they pay hospitals to perform treatments and procedures cannot be addressed just by clearing hospitals’ debts.

“For the hospitals which under present circumstances will be transformed to joint-stock companies this step would only mean additional indebtedness and the related threat of closure or bankruptcy,” Kollár told the media.