ALL three of Slovakia’s state railway companies are continuing their revitalisation programmes despite the fall of the Iveta Radičová government. Together, the companies have so far laid off over 3,000 employees from an aggregate total of 31,000, the SITA newswire reported on October 17. 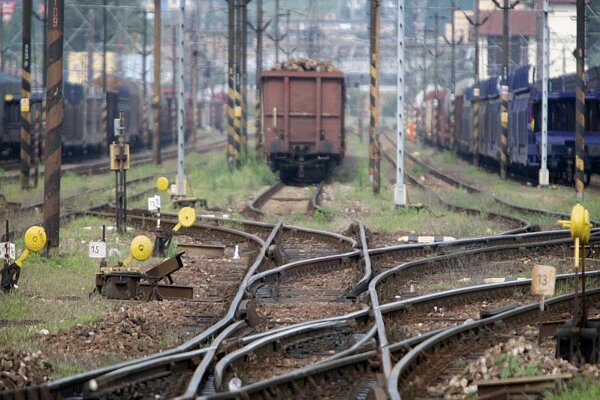 ALL three of Slovakia’s state railway companies are continuing their revitalisation programmes despite the fall of the Iveta Radičová government. Together, the companies have so far laid off over 3,000 employees from an aggregate total of 31,000, the SITA newswire reported on October 17.

The layoffs are part of an extensive plan to stabilise the finances of all three railway companies adopted by the Radičová cabinet on March 16. In addition to the dismissal of thousands of employees, the plan envisages passenger routes being reduced and a strategic partner being found for freight operator Cargo. Transport Minister Ján Figeľ, speaking when the plan was adopted, said that the existing situation was unsustainable, with the overall indebtedness of the three companies climbing towards €1 billion.

“It isn’t about layoffs but about rescue,” Figeľ stressed at the time, as quoted by the TASR newswire.

Cargo Slovakia confirmed in mid October that it had dismissed 1,224 employees during the first nine months of 2011, reducing its staff to 8,104 as of October 1, SITA reported.

“The planned number of employees as of December 31, 2011, is 7,507, in line with the adopted business plan,” said Cargo spokesperson Monika Schmidtová, as quoted by SITA. This means that the cargo company intends to shed another 597 people by the end of the year.

Next year Cargo is expecting that staff departures will be restricted to natural attrition through retirement or employees leaving the company by choice.

Reduction of its labour force is not the only revitalisation measure Cargo is carrying out. It has implemented financial measures that affect all its activities.

“The year-on-year growth in operating profit and the reduction of overall losses by 83 percent is a clear sign that the company is headed towards a balanced economic performance and financial stabilisation,” said Schmidtová.

Železnice Slovenskej Republiky (ŽSR), Slovakia’s railway infrastructure operator, also continued in its revitalisation programme. Over the first nine months it laid off 1,806 people, reducing its labour force to 15,194 as of October 1.

“ŽSR has fulfilled most of the reductions planned for 2011 within the approved programme of revitalisation so far this year,” Marina Pavlíková, ŽSR spokesperson said, as quoted by SITA, adding that another 100 people will leave the company by the end of the year.

“The revitalisation is continuing in line with the set parameters,” company spokesperson Jana Grešnerová told SITA, adding that it is not known what position the next government will take towards the programme. ZSSK estimates that it will end 2011 with a loss of about €7.5 million, and that the results of revitalisation will only become visible in early 2012.ZSSK will continue laying off employees next year following a reduction in the routes it serves.