THE 2008-2009 economic crisis and current concerns about the future of the euro and the possibility of another global recession have had a significant impact on Slovakia’s real estate market. Even though the average sales price per square metre of residential real estate in Bratislava has decreased for the past three years many young people are continuing to search for smaller and more affordable flats. 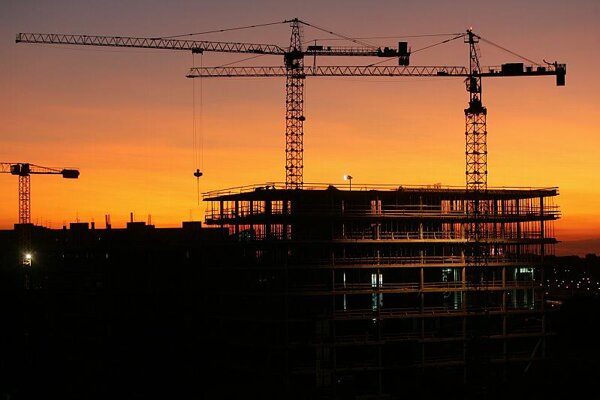 THE 2008-2009 economic crisis and current concerns about the future of the euro and the possibility of another global recession have had a significant impact on Slovakia’s real estate market. Even though the average sales price per square metre of residential real estate in Bratislava has decreased for the past three years many young people are continuing to search for smaller and more affordable flats.

Real estate experts are rather pessimistic about developments in the market for the
foreseeable future.

“I certainly see space for a [further] drop in prices, since prices still have not reached the level of 2006,” said Daniela Danihel Rážová, the director of the Bond Reality real estate agency and the head of Slovakia’s Association of Real Estate Brokers. “Concurrently, there is a huge risk that the potential outbreak of a new crisis would bring life to a stop in the real estate market again for a while; people would cease buying and prices would decrease.”

Rážová said many Slovaks, particularly those in Bratislava, are now interested in smaller one, two and three-room apartments for the minimum possible price.

“Clients are also interested in completed new apartments but cannot afford them because of their price,” Rážová said, adding that potential buyers also often have reservations about the layout of apartments and their quality. “Compared with the pre-crisis period, the difference is that nothing will be sold without a reasonably-set price.”

Brokers from the RE/MAX real estate agency added that the market currently lacks smaller apartments or starter apartments and many potential buyers are not interested in larger units.

“A survey by a Slovak daily has indicated that layouts of apartments in panel houses fully meet requirements of the average buyer and that they would welcome more new residential projects designed in this way,” Martin Šumanský, a broker for RE/MAX Benard 100 in Spišská Nová Ves, told The Slovak Spectator. “I hope that developers and construction companies are realising this trend and will prepare projects with more starter apartments for first-time buyers.”

The experience from real estate projects with smaller, starter apartments in Bratislava confirms the hot demand for this type of housing.

“In total, as many as 2,300 people responded to the Bytový Dom Jelenia apartment house project,” said Michal Zajíček from the Lexxus real estate agency, which is selling the apartments, as quoted by the Hospodárske Noviny daily. He added that most of the available apartments are now booked and other people are on a waiting list in case anyone withdraws from their deal. In total, the project consists of 26 apartments and 11 non-residential units.

According to the daily, there are additional small-apartment projects in Bratislava such as the Level development, located in Bratislava’s Ružinov area, which has sold more than 100 apartments and the seller is offering the development’s last remaining studios.

Brokers say the high level of interest in these kinds of apartments is due to their affordability.

“Most buyers who are interested in starter apartments are young people and these buyers are financing their housing via a mortgage for 80 percent or more so that they can afford it,” Filip Žoldák, a partner of the Herrys real estate agency stated, as quoted by Hospodárske Noviny.

The Level development has apartments with prices starting at €39,000 while Jelenia, located near the main railway station, has even lower prices, with most starting below €30,000. Young people, especially singles or pairs up to 30 years old, have shown the most interest in Jelenia, according to Zajíček.

The growing demand in Bratislava has prompted plans to construct additional residential projects with smaller apartments.

“Currently there are more than 600 apartments in projects with similar concepts that are under development,” Žoldák stated.

Rážová pointed out that the lack of residential real estate meeting the requirements of potential buyers could affect future developments in the market.

“During the time being there is a lot of completed residential real estate, but its parameters do not meet the requirements of buyers,” she said. “The apartments are either too large or too expensive or are badly designed. My personal opinion is that there are only a precious few good apartments in new developments.”

According to Rážová, price remains the main factor affecting the residential market in Slovakia, along with the availability of mortgage loans and the willingness of banks to finance residential real estate projects.

Andrej Miko from RE/MAX Aureal, operating in Senica and its vicinity in western Slovakia, added that he sees no interest in expensive or over-priced apartments.

“Currently the task of a broker is to properly guide the seller when setting the price for a residential property,” Miko told The Slovak Spectator, adding that the broker is not always successful and that results in a failure to sell over-priced real estate.

While prices continued to fall only in two of Slovakia’s eight regions (Bratislava and Trnava) during the first quarter of 2011, the downward trend was extended to three additional regions (Trenčín, Košice and Prešov) during the second quarter. The average price of houses and apartments decreased the most in Trenčín Region, while the average price increased most in Banská Bystrica Region. The average price of real estate in Bratislava Region has decreased for three consecutive years, beginning in the second quarter of 2008.