RTVS concession fees to be scrapped in 2013

THE MONTHLY fee of just under €5 that nearly every Slovak household and business pays to support Slovakia’s public-service TV and radio stations is set to be abolished in one year’s time. At the same time, other major changes in the structure and financing of the heavily indebted public-service media are continuing apace. 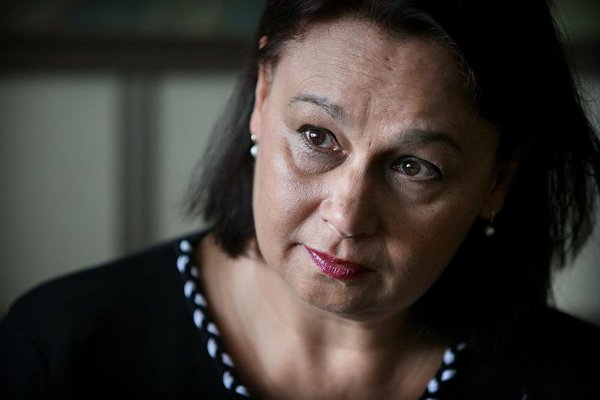 THE MONTHLY fee of just under €5 that nearly every Slovak household and business pays to support Slovakia’s public-service TV and radio stations is set to be abolished in one year’s time. At the same time, other major changes in the structure and financing of the heavily indebted public-service media are continuing apace.

Radio and Television of Slovakia (RTVS) emerged at the beginning of 2011 as a single broadcaster following the merger of Slovak Television (STV) and Slovak Radio (SRo). Now parliament has given the green light to a new model to finance the joint broadcaster. Until now RTVS was financed from a mix of resources, some from the state budget on the basis of agreements between the state and the broadcaster, and some from the fees paid by every household and business connected to the electricity grid. Beginning in January 2013 those mandatory fees will be scrapped and the state budget will become the sole source of public money flowing to the broadcaster.

The monthly fee supporting public-service radio and television, also known as concession fees in Slovakia, is paid by all households and businesses that have an electricity account – even if they do not have a TV or radio receiver. The monthly fee is €4.64, although pensioners and persons in material need pay half that sum and people with a severe disability are exempt from the fee.

Cancellation of the fee was one of the issues that Freedom and Solidarity (SaS) party placed on a multi-question referendum it initiated shortly after its emergence on the Slovak political scene in 2009. That referendum was held in September 2010 but was declared invalid because less than 50 percent of citizens voted. The issue remained on SaS’ agenda, however, and cancellation of the fee was passed by parliament on October 21 based on an agreement between the four parties of the former ruling coalition regarding their cooperation in the interim period between the fall of the government and the early elections scheduled for March 2012.

“Cancelling the concessionaire fees is a step for the benefit of the citizens and it is also a just solution since currently the fees for services are paid directly by those citizens who do not watch [or listen to] the public-service media,” said Culture Minister Daniel Krajcer, an SaS nominee.

The opposition Smer party has criticised SaS’ initiative, with former culture minister Marek Maďarič stating that complete financing of RTVS from the state budget hinders the independence of the broadcaster and that even though citizens might think they have saved about five euros every month, the state will make them pay more “somewhere else”, the SITA newswire reported.

State funds instead of fees

The idea of abolishing the fees emerged in the Slovak parliament as long ago as the 2006-2010 election term, when it was proposed by MPs from the then-opposition Slovak Democratic and Christian Union (SDKÚ). At that time the MPs proposed that the lost income from the fees would be replaced by a contribution from the state set at 0.9 percent of the overall state budget. The proposal just passed by parliament has a different formula.

When the fees are cancelled in 2013, the public broadcaster will be financed directly from the state budget through an annual lump-sum amount that is to be calculated based on Slovakia’s GDP. Each year, RTVS will receive 0.142 percent of the GDP recorded for the previous year. That would mean that the 2013 contribution from the state budget to RTVS will be based on GDP recorded in 2011. The amended law, however, guarantees a minimum of €90 million for RTVS if the formula would produce less than that.

“This is the minimum sum necessary to carry out the main activities of Radio and Television of Slovakia,” the Culture Ministry stated in a press release.

The €90-million minimum was based on analyses done by RTVS as well as laws which bind RTVS to broadcast at least two television programme channels and four radio channels, according to the ministry’s spokesperson, Eva Chudinová.

“But if the public-service broadcaster should progress in the area of technological development, further financial resources will be needed,” Šümeghy told The Slovak Spectator.

The law will go into effect on December 31, 2011, if President Ivan Gašparovič signs it but the concession fees will be terminated only as of January 1, 2013 and with RTVS management facing this one year of uncertainty it will take all necessary steps to prevent a potential dramatic drop in the institution’s income from the fees in 2012, Šümeghy said.

“RTVS will run a campaign to explain to the public that paying fees for radio and television continues in the next year,” Šümeghy told The Slovak Spectator. Any drop in payment discipline among Slovaks would mean a significant drop in income for RTVS, Šümeghy noted.

However, there has already been a decreasing trend in payment of the concessionaire fees. The RTVS Council, the broadcaster’s governing body, noted at its meeting focused on RTVS’s economic situation that after the first nine months of 2011 RTVS had collected €700,000 less than planned, the TASR newswire reported.

Director’s salary will not increase

The original coalition agreement regarding RTVS had set the salary of the director of RTVS at seven times the average salary, Chudinová said.

“The Culture Ministry filed a proposal which the coalition had originally agreed on and which was based on the proposition that the person who came to consolidate the public-service institution and was able to save significant financial resources in the first months, given that RTVS returned positive economic results (not including the debts caused by the previous management), should not earn less than the one who led STV into a disastrous situation,” Chudinová told The Slovak Spectator. The past director of STV had a salary set at seven times the average salary.

But MPs decided to drop the proposal to increase the director’s salary. MP Alojz Přidal of the Christian Democratic Movement (KDH) argued in the parliamentary debate that the director is already paid adequately.

“That is a decision of parliament and RTVS will not comment on it,” Šümeghy stated.