“SUCCESSFUL” is the word Slovakia’s Finance Minister Ivan Mikloš used to assess the initial outcomes of a summit by eurozone leaders to find an effective band aid for Greece’s bleeding debt as well as the right tools to confront possible financial contagion spreading across Europe. 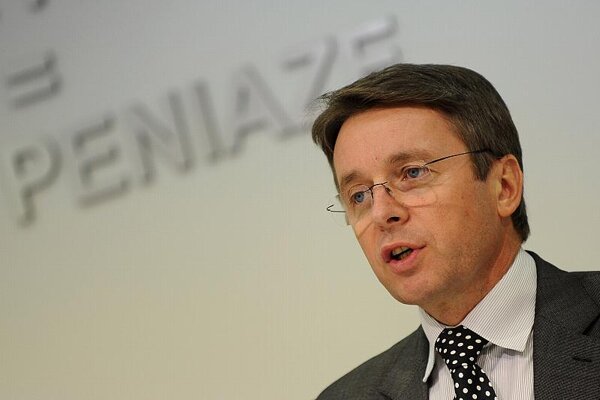 “SUCCESSFUL” is the word Slovakia’s Finance Minister Ivan Mikloš used to assess the initial outcomes of a summit by eurozone leaders to find an effective band aid for Greece’s bleeding debt as well as the right tools to confront possible financial contagion spreading across Europe.

Though Greece will receive €21 billion more in its second bailout than the €109 million agreed by European leaders in July, this should not affect the amount that Slovakia has to contribute, following a compromise that Prime Minister Iveta Radičová negotiated at the meeting.

“Slovakia has got an exemption,” she commented on October 27, as quoted by the SITA newswire, referring to the size of the cash contributions that will come from individual eurozone states. “It is possible to negotiate and at the same time to keep one’s word,” the prime minister added.

“Overall, we will not save; only the structure in terms of the programme for Greece and other countries will differ,” Mikloš stated, adding that he is pleased that the summit reached agreements “which I assume could really be those unavoidable moves that will protect and save the euro”.

The most significant agreement reached by the eurozone leaders is that banks and other private investors holding Greek debt will be forced to write off 50 percent of the debt, cutting Greece’s debt load by €100 billion. The leaders also agreed on ways that the bailout fund’s firepower can be increased by various forms of leveraging and ordered European banks to boost their capital reserves.

Radičová rejected criticism that by negotiating the compromise Slovakia might be seen as a country that is reluctant to be a team player within the eurozone.

“This non-team player has made a precedent that never happened before: in order to even meet at the summits, the Slovak government collapsed,” Radičová stated, as quoted by SITA, adding that she went to the summit with a mandate that did not allow any increase in Slovakia’s share going to Greece, a position she said her eurozone partners respected.

The summit also agreed that European banks must bring their capital adequacy ratio to at least 9 percent. Martin Bruncko, Slovakia’s envoy to the European Financial Stability Facility (EFSF), stated that Slovak banks as a group currently fulfil that criterion.

Radičová added that additional measures were adopted that will restrict banks from meeting their capital requirements at the expense of their subsidiaries in other countries, a step that the prime minister said should prevent banking sector capital from flowing out of Slovakia.

The eurozone representatives also agreed that banks must first seek to increase their capital in the private markets and from their own resources. Only if a bank was incapable of reaching the required level would the national government offer assistance, and only if the national government was unable to help the bank reach the acceptable level would the EFSF become involved, the SITA newswire reported.

Even without full details on the agreements reached at the summit, an analyst with Slovenská Sporiteľňa bank, Mária Valachyová, said the outcome was a step forward, but one that did not fully address all the concerns in the market.

“Despite the current positive responses of the market it is probable that edginess will last in the markets in the upcoming weeks,” Valachyová stated.