IVETA Radičová will leave her current political party after the early elections next March. Even though by doing so she appears to be completely exiting politics, some observers say she could still one day become the country’s president. 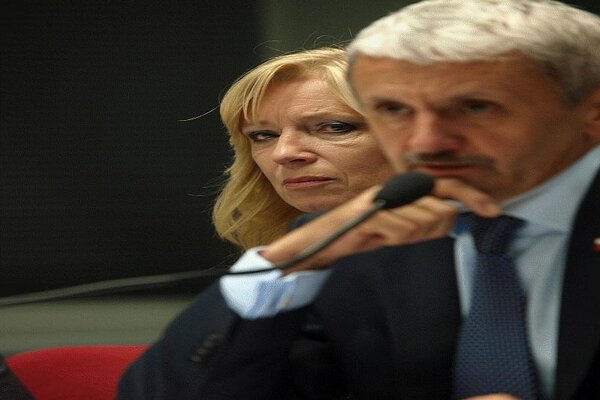 IVETA Radičová will leave her current political party after the early elections next March. Even though by doing so she appears to be completely exiting politics, some observers say she could still one day become the country’s president.

The prime minister of Slovakia’s interim cabinet served up her decision in small pieces – first saying she would not seek to be the party’s election leader again, then saying she would not appear at all on the party’s candidate list for the March 2012 elections and finally, in late October, announcing that she would leave her party, the Slovak Democratic and Christian Union (SDKÚ) once her mandate as prime minister is over.

“I am putting aside the thing that’s called power,” Radičová said in a televised discussion on TV Markíza on October 30.

Radičová announced at a meeting of the SDKÚ Central Council held in Zvolen on October 29 that she will officially resign from the party after its next congress, which is expected to take place soon after the general election. She said she is accepting the political consequences for her government’s fall, but added that the internal situation within the SDKÚ was among her reasons as well.

Speaking on TV Markíza, she specifically mentioned “a divergent understanding of what morals and decency in politics is” while commenting on the SDKÚ’s internal affairs. She then added: “I am not saying that my colleagues are immoral.”

She also commented on the controversial lease contract for government tax offices in Košice, which was signed with a company owned by a regional official of the SDKÚ, and stated that she did not get support from the SDKÚ presidium for her stance against the contract.

Radičová also partially confirmed what many political observers have said about her style within the Slovak political scene – it was different and perhaps not compatible with the usual ways of Slovak politics. Radičová said on TV Markíza that she had attempted “a different style of politics”, but added that it was not easy to keep one’s own values in politics.

Several of Radičová’s former colleagues from the ruling coalition as well as political observers have suggested that by leaving the party she might be preparing to run in the presidential election scheduled for 2014 and Radičová did not explicitly rule out this possibility during the television programme.

Some observers have noted that the SDKÚ might lose some level of support because of Radičová’s departure from the party but its chairman, Mikuláš Dzurinda, said that it would not be a huge loss because Radičová will remain as prime minister, as nominated by the SDKÚ, until the March elections and her good results until then will earn points for the party as well, the TASR newswire wrote.

Meanwhile, Dzurinda started positioning himself as the party’s election leader and took part in a round of media discussions over the last weekend of October, including one with Robert Fico, the chairman of the Smer opposition party.

Dzurinda’s position as party election leader was confirmed on November 2 after applications to stand for that post in the party’s primary elections closed. The two other strongest potential candidates, Finance Minister Ivan Mikloš and Justice Minister Lucia Žitňanská, had both made it clear in advance they would not challenge Dzurinda. No-one else applied and so Dzurinda, as party chairman, will automatically take the number-one slot on the party’s election list.

Slovakia does not have a tradition of primary elections within political parties and before the June 2010 elections the SDKÚ was the only party to hold a primary. That was how Radičová became the party’s election leader: she defeated her only challenger, Mikloš, in a brief battle for the position. The contest was civil, with both candidates declaring their amity and willingness to work together towards the party’s common goals. Radičová won with an unexpectedly large majority even though Mikloš had said before the vote that he expected a close contest. Radičová captured 2,669 votes against 1,666 for Mikloš.

The SDKÚ primary elections in 2010 followed Dzurinda's resignation as the party’s election leader in the wake of money-laundering accusations against the party made by Fico, then prime minister, in January 2010, only six months before the elections. Fico claimed that SDKÚ was controlled by shell companies that operated in tax havens and held accounts in Swiss banks, calling the financial operations of these shell companies “money laundering”.

Dzurinda stated at that time that his withdrawal as the election leader should not be interpreted as an admission of any mistakes or an acceptance of political responsibility. He maintained that he was withdrawing so that Fico could not use questions about SDKÚ’s past financing during the parliamentary election campaign.

In a recent interview with the Sme daily Dzurinda said issues surrounding the party’s past financing are no longer a problem that hinders him from running as the party’s leader in the elections next March.

“I have paid significantly in terms of politics,” Dzurinda stated. “It is a long time since I have felt such moral power as I do now.”

Three centre-right parties, the SDKÚ, KDH and Most-Híd, have all stated that they are open to some kind of closer cooperation leading up to the elections so that they will be able to achieve more seats in parliament than the Smer party, just as they were able to do, together with Freedom and Solidarity (SaS), in 2010.

“The anti-pole to government by one party [Smer] is cooperation by SDKÚ with the KDH and Most-Híd,” Dzurinda said in his speech to party leaders in Zvolen on October 29, as quoted by the Sme daily.

Dzurinda noted that he appreciated the initiative of Most-Híd leader Béla Bugár, who had said in a previous interview with Sme that the three parties should unite to provide voters with an alternative to Smer. Some individuals from both Most-Híd and SDKÚ have suggested that their parties could sign a treaty about post-election cooperation before the elections are held.

However, recent opinion polls do not suggest that these three parties would be able to form a government on their after the March election. A poll conducted shortly after the October 11 fall of the Radičová government by the MVK polling agency, published on November 2, gave Smer 37.5 percent of the vote, earning 72 seats in Slovakia’s 150-member parliament. The three centre-right parties would be able to outnumber Smer only with the help of MPs from SaS, which polled 10.9 percent. SDKÚ received 11.6 percent support in the poll, KDH got 9.5 percent and Most-Híd garnered 8.2 percent.

No other parties would reach parliament, according to the poll.